Fear is an emotion that everyone has experienced throughout their lives, it's sometimes a good thing to experience fear as it can keep us safe and give us strength when we most need it.   However, on the whole, fear is a redundant emotion and it would serve us well to try and rid ourselves of fear when it is not needed. 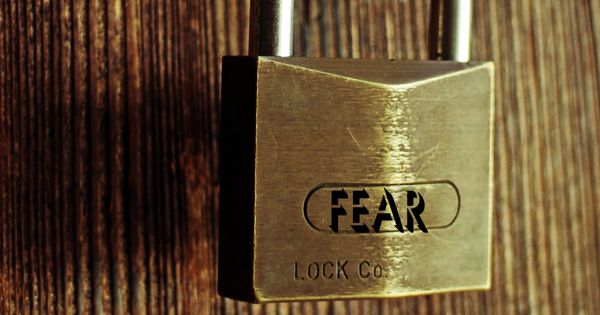 I want to give you a quote by a great lady in history, Eleanor Roosevelt who said:

"You gain strength, courage, and confidence by every experience by which you really stop to look fear in the face. You are able to say to yourself, 'I lived through this horror. I can take the next thing that comes along." Eleanor Roosevelt

Basically what Eleanor Roosevelt is saying here is that the more we face our fears the less our fears will seem like a fear, they will eventually just become little challenges in our lives.

Think back to the first time you went to school, how terrifying was that? for some it may have been a great experience, but for most kids it's a kind a terrifying situation.   However once we got used to it, it became a good experience, on the whole, apart from the ups and downs that school life brings us.   So the more we face our fears the less fearful it becomes.

Installing fear into our identity

What a lot of us do is install a fear into our identity, therefore making it a lot harder to get rid of the fear.   For example I asked an acquaintance a few weeks ago if he was going abroad this year for his holidays.   He advised he was afraid of flying so wasn't going abroad. His wife then said, 'we've never been on holiday for years because of Bob's' (We'll call him Bob for now) 'fear of flying'.   Bob then began to tell me stories about all the events he had missed because of his fear: his friends wedding, a free holiday to his mothers villa in Italy, a weekend away to Barcelona he had won on the radio.   Fear of flying had become part of Bob's identity, he had installed it into his psychology and others identified it as part of his identity as well, like his wife and his friends.

If we make a fear a part of our identity it will be harder to overcome the fear and the longer we hold onto it the harder it becomes to let go of the fear.

I asked Bob what had made him afraid of flying and he replied it was because of a particularly turbulent  flight he had been on about 10 years ago and he said he would never get back on a plane again.   I then asked if he had ever been in a car accident and he advised he had been in two, one quite bad and the other a minor accident.   I asked if he still drove his car, and he advised he did and it suddenly dawned on him what I was getting at.   He then began to explain why it was different.   I wasn't trying to be a smart arse or anything life that I just wanted to point out the flawed thinking, when he thought about his fear.   The truth is, that Bob has chosen to be afraid of flying.

Fear is a choice

This might sound a bit controversial, but any type of fear is a choice we have.   Yes we may have a physical reaction to snakes, if we are afraid of them, but there is a choice to stay afraid of them.   If we faced up to our fear on numerous occasions we would realise there is not much to be frightened of with most of our fears, so when you say you are afraid of something you are really saying I have not faced up to my fears yet.

When you think about something you fear   and it could be a phobia, an event, a situation you are dreading ask yourself three questions:

What is the worst that can happen?

What is the best that can happen?

What is the middle ground of the two?

Have you overcome a fear?

Have you ever overcome a fear in your life, if so it would be great to hear about it and how you overcame it.