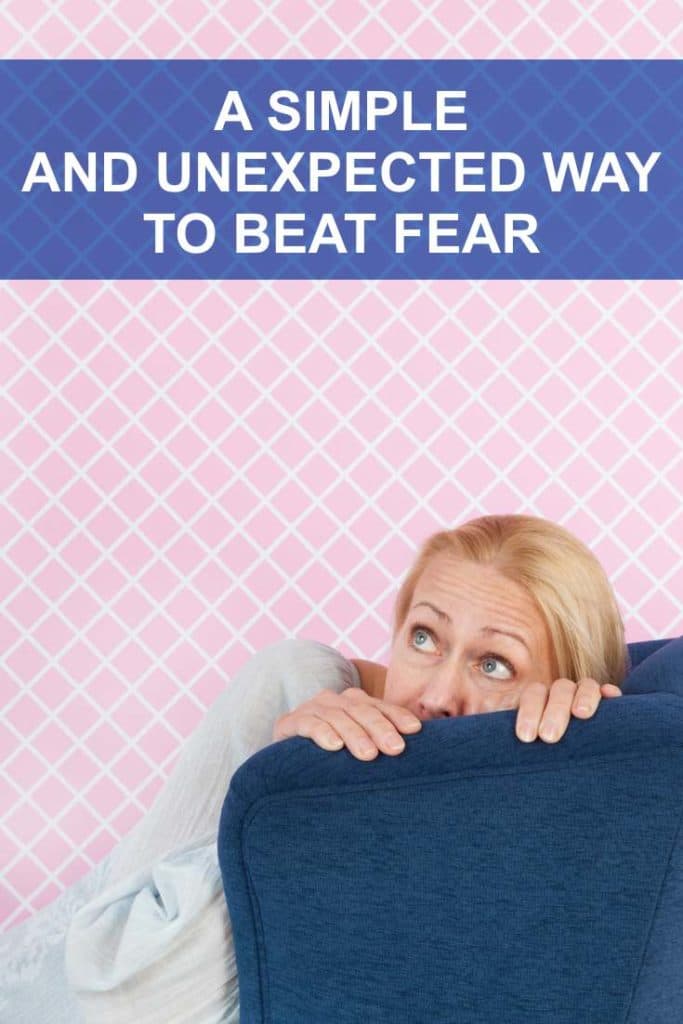 It came out of nowhere and hit me like a jolt of electricity. I sat up wide-eyed with horror.

My gut was clenched tight and my heart was racing.

It took a while before I could lie back and slow my ragged breathing.

No, I hadn't been attacked by an intruder.

And no, it wasn't a stray lightning bolt. 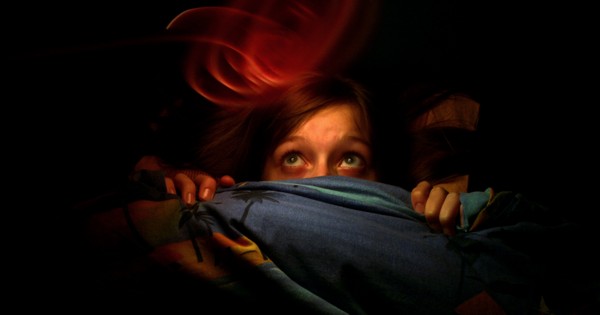 I'd been right on the edge of sleep when a thought (yup, just a simple thought) had barrelled innocently into my mind. But this wasn't just any arbitrary thought about the weather, or what to have for breakfast tomorrow.

This was a FEAR thought. A BIG fear thought.

A fear that is rooted so deep its entwined in my psyche. A fear that has the potential to derail me completely.

Let me explain a bit..

As a career gal, in years gone by I've had more than a few incarnations. I spent many years doggedly climbing the corporate ladder (as we do). Yet despite my progress I always felt like a square peg in a round hole.

I felt constrained, and limited. And I resented authority.

I yearned for freedom and simplicity. I ached for fun and passion.

It was ultimately a no-brainer. I needed to be my own boss. Entirely.

What followed were some fun and some not-so-fun start-up businesses. And I learned a lot. Sometimes (mostly) the hard way.

Yet I was happy. I was eagerly hunting down my niche. Whatever that was.

Whilst this sometimes-exciting and definitely-never-dull path I was on helped ME grow and expand, my bank balance didn't. And I ignored it. For as long as I could.

Until I reached THAT point.

That one where we have No. Money. Left.

It was my absolute low point in life.

Now I've survived heartbreak, family trauma and retrenchment but nothing (and I really mean nothing) had prepared me for this.

It was hard. And I became deeply depressed. I was overwhelmed with feelings of worthlessness and hopelessness. Life just became pointless. I had reached rock bottom.

It was a very dark time.

Luckily, it also became THAT point in my life where "shift" happened. Where that feeling of complete nothingness led to insight and regeneration.
The dawn after the darkness.

But let's not get side-tracked. This writing is not about that process. That, dear readers, is a whole article on its own.

The point here is that THIS was the fear that came roaring out of nowhere and sucker-punched me that night as I lay waiting for sleep.

It was THIS thought that invaded my unsuspecting mind and reigned havoc within a milli-second of landing.

The fear of destitution. Nothingness. Hopelessness.

Yet, it was just a thought.

The most accurate description of thought comes from one of my favourite author/bloggers, Pam Grout: "our thoughts are like harmless ants marching across a picnic blanket. They come, they go. Until we decide to gather them up, stare at them and make them our reality".

I had grabbed this fear thought with both hands and stared it down until I could feel every cell in my body resonating with what it represented. I had OWNED it.

My feelings of peace and tranquility just prior to my slumber had been transformed into a hornet's nest of circling thoughts of doom. "What if I lose everything? What if I run out of money?"

And I FELT the anxiety in my stomach. And the thumping of my heart.

And yet it wasn't true. At all. Absolutely none of it.

Yet it felt so real!

In reality, I'm living my dream on a wine farm in a breathtakingly beautiful valley. I'm also following my passion as a writer, blogger and Life Coach. And financially I'm doing just fine.

But such is the power of our thoughts. Allowed to roam free they can potentially create havoc with our minds. And our lives.

We are FEELING beings. What we THINK is what we FEEL.

When we're NERVOUS we're thinking about the future and what could potentially go wrong. None of it is true "“ it's just a made-up story we're telling ourselves. And yet we physically feel churning in our tummies.

And when we BLUSH we're simply entertaining thoughts of embarrassment. Or awkwardness. All based entirely on our own (often untrue) version of an event. This time it manifests physically as heat and redness to our faces. We FEEL it.

I'm not convinced we can control WHAT thoughts flow through our minds but I know we can certainly choose whether to ENGAGE with that thought. Or not.

Also, by acknowledging that it's JUST A THOUGHT and most likely UNTRUE, it's far easier to disengage from it and simply let it go (preferably before it takes root).

So how did I resolve my own wide-eyed predicament of unexpected fear-thinking?

Well, I had some major fear-based momentum going that night so it took a while to slow my heart down and feel my breathing return to normal. I breathed deeply for as long as it took.

But when I was calmer I could be objective. And notice that it's just my thoughts. And not true.

And then I could disengage and simply let it go.

And that's really all it takes to feel better. About anything.

It's JUST YOUR THOUGHTS. That's all. They're fluid and transient.

See them for what they are and simply LET THEM FLOW THROUGH YOU.