I have just completed a two day course in suicide intervention and I thought it was great and is totally relevant to the job I am doing working with vulnerable groups. The trainers on the course were very good and it is one of the few training courses that I have enjoyed and found useful. You know how it is when there are work related courses, they can be boring and irrelevant.

I have done a little research on the company and found out some info for you. 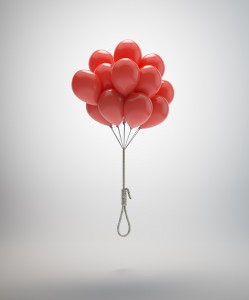 The course was called ASIST (Applied Suicide Intervention Skills Training) was developed in Canada in 1983 by a partnership of four mental health professionals (Richard Ramsay, Bryan Tanney, Roger Tierney and William Lang) in conjunction with the Canadian Mental Health Association and the government of Alberta. They worked to develop a suicide intervention training programme that would be suitable for both professional and other caregivers.

The first Scottish workshops were held in Shetland in 2003 and, to date, there have been over 350 workshops throughout the country and over 7,000 participants trained. There are ASIST Trainers in each local authority area in Scotland. Working in partnership with key national agencies such as the Scottish Association for Mental Health (SAMH), ChildLine and the armed forces has led to training being delivered in increasingly broad community settings. This work will continue being developed over the next few years.

The course was held at Newmains Pastoral Centre which is a beautiful setting with huge gardens to the rear. It was such a peaceful place and was run extremely efficiently and well by the staff there.

There were around 40 people on the two day course but we were split up into three groups. We discussed various aspects of suicide, done some group work and some role play. I don't want to give too much away sufficed to say it was a great course and well worth a look for any group who deal with potentially suicidal clients.

If you enjoy this site please leave a donation for Steven, and you can enjoy the spirit of giving too.