Self-help advocates have long promoted the idea that a world can be changed through the power of positive thinking. Of course a negative attitude can make the world seem dark and dreary, but does it make sense to always strive to look at the brighter side of things?

The fact is that we are all negative thinkers at some point in our lives. Even the most optimistic of us will encounter moments that will make them turn to the dark side "“ at least for a little while. We all have an inner cynic. Could it be that cynic inside of all of us that is actually the power behind the good things that happen to us? 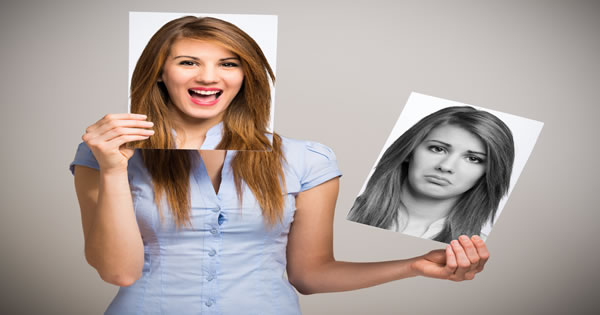 If you ask someone about their negativity, you'll often get a sarcastic chuckle. "You want to know about why I'm being realistic?" is the usual retort. Our thoughts have an impact on the environment around us, but we all have positive and negative thoughts. Being exclusive to one or the other is a myth. What we do when we tell someone to "be more positive" or "watch out for negativity" is tell them that they need to change their authentic self.

This means it is just as dangerous to always be positive.

Every decision we make has an equal and opposite reaction that may occur. We have a responsibility to understand what this reaction may be because we are the ones changing the environment for others with our thinking and actions. If we eliminate the authentic self and only allow one side of the coin to show, then the opposite reaction will occur and potentially hurt someone in the process.

Why? Because we've given them no warning that the environment is changing. That's why it is more important to encourage an authentic thinking pattern instead of a one-sided positive [or negative] pattern.

#2. The Gospel of Prosperity

If you watch the average televangelist talk to their audience, at some point you'll hear them use the term "seed money." The idea is some version of this: give money to me now, let God [or your preferred deity] allow that money to grow, and then eventually you'll be rewarded later on in life because of your generosity now.

It's like a prosperity stock market. If you give and believe, you'll be rewarded. If you didn't get rewarded… well, maybe you didn't have enough positivity backing your belief system.

This is the danger in always thinking positive thoughts without considering the opposite negative reaction. An expectation begins to form that prosperity will simply appear because a positive thought changes the world, right?

Prosperity is often thought of in dollars and cents [or other currencies], but there is much more to the equation of being prosperous than monetary wealth. The ability to take action helps to generate prosperity and that comes from a negative thinking pattern. "If I don't do this, then I won't receive this."

The same is true for those who believe their relationships are a component of their prosperity. "If I act this way, then I won't be loved. If I act in another way, I will be loved."

#4. Give Thanks In Everything… Or Not

One of the greatest atrocities in the modern age is the Holocaust. With millions of Jews murdered, along with others who didn't fit in with the plan of a master race, it is one of the darkest times that anyone can remember. By using only the power of positive thinking, there wouldn't have been actions taken to stop this atrocity. Positive thinking would demand that the world allow those in the concentration camps committing these atrocities to find their own positive energy one day.

If the world hadn't dipped into the negative energy bucket, who knows what the outcome might have been. Millions of survivors after the world wars struggled to find their way in the world because of how much grief and loss they experienced during that time.

Yet even in the darkest of tragedies, the power that positive thoughts can provide began to leak through with a light that would not be stopped. Alice Herz-Sommer offered her own take on the relationship between positive and negative energy in 2011 at the age of 108. At the time, she was the oldest known survivor of the Holocaust. Her greatest lesson learned?

"I have had such a beautiful life," she said. "Everything we receive is a gift. Everything is a present."

Even when something negative occurs, we have the chance to learn from it later on in life. To tell the parents of a 5 year old who just died from leukemia to be thankful for the experience is ridiculous. Yet later on in life, good things can be born out of tragedies and used to change the world for good.

#5. It's All About Potential

A friend of mine grew up wanting to be a mystery writer just like Agatha Christie. His parents bought him a computer at the age of 12. At 13, he had written a 35,000 word short story and was writing a regular column for his local daily newspaper. At 17, he was hired as a beat reporter.

"One day I'm going to be writing from home full-time, maybe have kids, and people are going to enjoy reading what I write," my friend told his journalism professor one day. "It's going to happen."

It did happen "“ but not how he imagined. The book he wrote was completely rejected by the publishing industry. He had to take a job processing credit applications. Then he worked customer service jobs. Then he got into construction and started a family.

This is when an idea came to him. "We can't all be famous novelists," he said, "but that doesn't mean I can't be at home with my kids as a writer."

We all have potential. Positive thinking makes sense because it drives us toward this potential. The negative thinking drives us to action so we can make our way in the world today. When combined, they carefully balance each other toward something amazing that we can accomplish.

There are always ways for us to fulfill our dreams, but we must combine positive and negative thinking together to explore all of our options. You can be a teacher while working in a preschool. You can be a chef while running an at-home catering service. You can be a photographer, but make money through stock photos instead of portraits and artwork.

There are always options. Without both thinking patterns, we will not achieve anything because we're either too fearful to take action or we're thinking positively about our situation and hope [know] it will magically appear.

My friend is writing full-time from home just like he said he would do one day. He isn't a famous novelist, but he has found contentment in what he does get to write and that's ultimately what positivity should bring to our authentic selves: gratefulness.

Does positive thinking make sense? It does in many circumstances that life may throw our way. It is more important to be authentic, however, because that's the only real way that we can take action when necessary. Negative thinking helps us to acknowledge our fears and find a way to counter them. Positive thinking can help us to find success.

We need both. Otherwise the environments we create for ourselves and others may never help us to achieve our full potential.

Luke is interested in psychology and philosophy. He’s also an enthusiast of meditation and personal development. He has a blog at meditationbrainwaves.com where he writes about meditation, lucid dreaming, stress, binaural beats and more. Please check his blog and Pinterest profile.