Action is necessary to create success, yet sometimes action is the very thing that keeps us from winning the big prize. To avoid this trap you need to know the real reasons behind taking action.

Taking Action Does Not Change The World, It Changes You

You're fooling yourself if you think that your action really affects anything in the universe. As much as we like to think of ourselves as movers and shakers of the world, in the final analysis, nothing we do really affects the unfolding of destiny. Oprah, Richard Branson or Steve Jobs worked hard but that's not what made them compelling. They became influencers because they were passionate about what they did and had the courage of their convictions. True heights are not achieved by clawing and struggling to beat the odds but by boldly aligning with destiny. 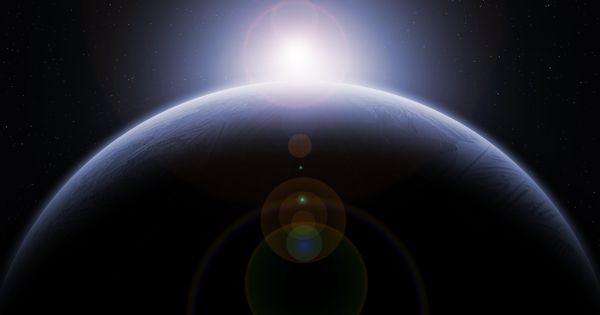 Action alone gets you nowhere. If hard work were truly the thing that made people rich, ditch diggers would all be millionaires. Yet the poor keep getting poorer while the rich keep getting richer; that's not because the game is rigged – it's simply universal law. Action, when it's in the form of struggle, is the very thing that repels success. Focus on lack and struggle produces more of the same, meaning more lack and more struggle. When you focus on your long list of things you have yet to accomplish, all you'll create is an even longer to-do list.

To be sure, the influencers did work hard but that's not what distinguished them. What made them captivating was their courage. They sensed a purpose within and boldly stepped forward to meet their destiny. Then they found themselves shot forward by the forces of the universe.

You have  a purpose to fulfill, or you would not be here. Nature never made a meaningless act. You did not pop up all accidental-like, just to live and die for no reason. You are meant to do something with your life! The problem is that most people are unaware of their significance to the unfolding on the universe. Perhaps it is as Marianne Williamson said, that our deepest fear is not that we are inadequate; our deepest fear is that we are powerful beyond measure. It takes great courage to align with your destiny. But it is only when you take action that the things that would hold you back can come to light.

Here then is the first real reason why action is critical to success. You can talk a good game but it's only when you actually step up to the plate and take action that your secret fears can show up. You must become aware of what's holding you back otherwise you will never be able to move forward.
Ultimately, there is only one thing that can keep you from your success "“ You!

The problem is that your self-limiting beliefs and perceptions are unconscious; meaning you have no idea that you have them. They shall remain nameless, secretly throwing up  barriers to your success in the recesses of your mind, until you take action. Then they pop up and stare you in the face. Now you can examine them for the falsehoods that they are. Mind you, they are always falsehoods and misperceptions but until you examine them they remain the boogeyman that's hiding in the dark and scaring the pants off of you.

When you find yourself continuously shrinking from certain tasks begin a journal about your inner dialog with regard to this task. Write down what comes up, uncensored. Perhaps you'll become aware of a sense that you don't want to call anybody  because you think the person on the other end of the line won't want to talk to you. Ask yourself, Where did this belief come from? and write about it. It's quite possible that you'll get a picture of a situation, way back when you were little. Maybe your big brother shoved you aside and told you to shut up because you were an annoying little twerp and nobody wanted to hear from you anyway. It was typical big brother stuff, no big deal, but unknowingly you carried it all the way into adulthood and now you're still thinking, deep down, that you're annoying, and that everybody hates you and nobody  wants to talk to you.

Don't freak out; just make it a point to get back on the new road the moment you notice.

As you are taking action, and facing and eliminating your fears, you are doing more than just creating new synaptic connections in the brain. It goes much deeper than that. You are raising the energetic frequency in which you exist – and that changes everything.

Everything is made up of energy. It's at the core of the atoms you're made of and it surrounds you. The frequency of the energy that surrounds you affects the way you feel. Most likely you would much rather be in a high-energy, fun environment than a low-energy, depressed place. As human beings we are both thermometers and thermostats; meaning, not only does the surrounding energy have an effect on us; we also have the ability to have an effect on the energy  around us. We can set the energetic tone in which we live.

That's what you're doing when you take action. You raise the energetic frequency of the world around you and everything in your world is affected by this change. It's not just the stuff you were working on but everything else as well. The moment you take action you shake things up. People who have been ignoring your calls for months are suddenly calling you back! People who have been giving you the cold shoulder at network meetings, out of the blue come up to you and say they want to work with you. It's just energy, not magic, but it sure  feels that way sometimes. When you take action you stir the pot and everything starts spinning!

Finally, here is the third reason why action is critical. You've faced the dragons; you've reframed your old fears and the thing you never thought would happen, is happening: You find yourself actually looking forward to picking up the phone! What??!!! (which alone carries its own positive energy with it)  All the positive energy that surrounds you is making things fall into place everywhere and suddenly you find yourself endowed with the third component that's required to boldly go where no one has gone before: confidence and courage.

Nothing breeds confidence like success and nothing solidifies success more than confidence; it's the ultimate Catch 22. Confidence requires new neural connections to be formed in the brain and the only way to build them is through the new experiences created by action.

Confidence creates the boldness that is required for greatness. Remember, what distinguished the influencers wasn't their hard work; it was their courage to boldly follow their sense of purpose and to choose in favor of the things they were passionate about. What made them great is that they let nothing stand in their way. Now it's time for you not let anything stand in your way. Do you sense your purpose within? Do you realize that you would not even be here unless you were indeed significant to the unfolding of the universe?  The world is waiting for the contribution that, out of seven billion people, only you can make.

Take action and you'll find that you truly are powerful beyond measure.

Business Development Consultant and Personal Coach to Professional Women shares her business acumen and the wisdom she gained along the way to empower her clients to realize that they world needs them and wouldn't be the same without their unique contributions. Check her out at AuthenticityAuthority