It's a popular enough phrase that it doesn't sound like Greek to you to read the headline – Mercury is in retrograde! We hear it in popular media, from our astrologically leaning friends, and in publications like the Farmer's Almanac. Safe to say, it means enough that people find it worth talking about! But, what is it?

Let's start with the basics – what does retrograde mean? It means to go backwards, believe it or not. For three weeks. Simple. So, Mercury is moving backwards. Wait, what? 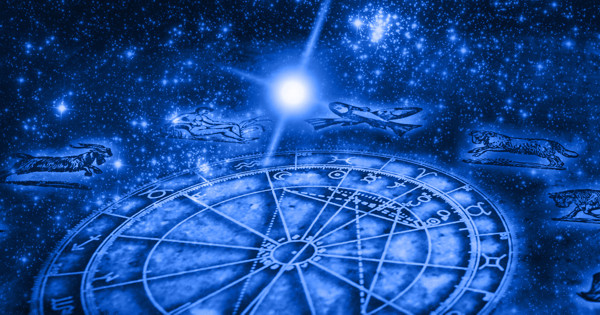 The planet itself isn't exactly moving backwards, but were the astronomer in you to turn your eyes yonder to the heavens and focus on our little sister planet, you would notice the phenomenon of the Mercurial retrograde. Do other planets rotate around the sun in retrograde? Yes, but we can't see them.

It is peculiar to note then, that Mercury does not in fact start spinning backwards at all – it just appears that it does in confluence of the Earth and Sun's location. It is just a visible anomaly.

It's like when they say – "it must be a full moon" – to describe all the strange behaviours and things going on that don't normally happen. When our pets start behaving oddly, our kids are going nuts and prices seem to start fluctuating. Everything is a bit out of the "˜norm, and we are always able to blame it on the full moon.

Mercury retrograde is like having a full moon for three weeks. People are responding differently to us, we experience more mood swings, maybe you don't feel like going out as much or your seasonal affective disorder is acting up. People who work in communicative industries are more heavily affected and you may be able to tell in their choices at work and behaviours. They may even be more inclined to quit their job during this time!

Spiritually, this backward time is our opportunity to take a few steps back and evaluate our recent ideas and feelings. Since we as humans are always changing, so are our ideas and beliefs, and it's never a bad idea to take a moment and reflect on the new person we are. This time is a great time to do that because everything is going backwards – go with the flow. Make use of your inner self and don't be shy or embarrassed. Confront yourself and be grateful for the outcome. Learn new things about yourself, and impart them on to others.

Just learning about Mercury retrograde now is not the best time to reflect on it, since it takes up such large amount of time. It is hard to compare it to other times of the year unless you have been studying it the whole year – but it's not hard to notice the immediate affects around you!
If you feel like the consequences of Mercury's backwards mission are happening around you, fear not – you can survive. Take everything with a grain of salt and go with the flow. Find things to laugh about while everyone is a bit confused. Now is a good time to seal the deal on anything you've been pondering for a while, including relationships or purchases – be wary, but confident. Just get it over with and put it in the past. Be assertive about your choices as a stance against Mercury – see through it. At the same time, relish it. Enjoy the cacophony from the front row. Make sure to confirm all your emails and tickets concerning travel and communication – you don't want to end up going backwards too!

At the end of the day, now is the time to just go with the flow. Let the universe push you around a bit to see what it has to show you. Let yourself go into unchartered territory and see what you can learn about yourself and others. After that, take control – you've seen the planet moving, now assert yourself and your new learnings onto it. Receive a message from the universe, and send one back. Mercury's retrograde doesn't have to be a terrifying trip. Instead, enjoy the ride