Lucid dreaming is by no means a modern phenomenon. Although it has really only captured the public imagination in the last 20-30 years. As early as the 5th century people were having lucid dreams and it is around this time that the first recorded lucid dream was written about in a letter by St. Augustine in 415 A.D. As early as the 8th century, Tibetan Buddhists were practising a form of yoga designed to maintain full consciousness whilst in a dream state. These people were called dream yogis and they possessed a great understanding of dreams and the workings of their minds, which is equal to, if not more advanced, than the knowledge we possess today. 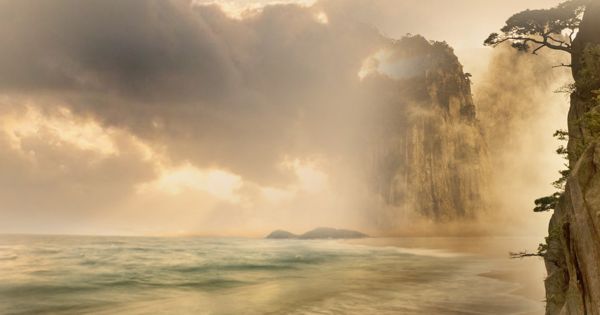 According to the Tibetan book of the dead, the yogis had almost total control over broad aspects of these 'waking dreams' At about the same time in India, similar practises were being carried out. There are various tantric texts that describe methods of retaining consciousness whilst falling asleep. There were not a lot of references to lucid dreaming for a few centuries after this period and the next reference comes in the 12th century from a Spanish Sufi named Ibn El-Arabi. The next reference came a century after that where St. Thomas Aquinas mentions it briefly.

It was in the 19th century that dreams really took their place in the psychology history books with an acceptance by the scientific community that dreams took place in the unconscious mind. this set the scene for scientific study of lucid dreaming in later years. One of the pioneers of the study of lucid dreaming was Marquis d'Hervey de Saint-Denys. he was a dedicated experimenter of dreaming and had been recording his dreams since he was 13 years old. In 1867 he published a book entitled: Dreams and how to guide them, in which he documented more than twenty years of his own research into dreams. In the book he describes how he first improved his recall of dreams, and then going on to become aware of dreaming whilst dreaming.

Next came the person who coined the term 'lucid dreaming', a Dutch psychiatrist and dream researcher Frederik Willems Van Eeden. Although he was interested in the whole spectrum of dreaming his main interest was in lucid dreaming. For fear of disapproval from fellow colleagues Van Eeden first published a fictional work on lucid dreaming entitled: The Bride of Dreams. In 1913 he published a paper on lucid dreams to the Society for Psychical research reporting on 352 of his lucid dreams collected between 1898 and 1912. In the paper, he describes the 8 classifications of dream, including wrong waking-ups (now more commonly known as false awakenings) and demon dreams. It is in this work that he first uses the term ' lucid' to describe those dreams where the dreamer is conscious of what is happening. This paper remains a classic, although some of his findings contradict the findings of modern researchers.

In 1952 intensive into sleep and dreaming began. It was long before serious researchers realised that sleep was not a passive state, instead it was classified into different stages, each having different physiological markers.

It was then realised that when people were wakened from the REM stage of sleep they nearly always remembered their dreams. When they were wakened from the other 4 stages of sleep (collectively known as NREM, or non-rapid eye movement sleep) they rarely reported remembering their dreams. Although questions were still unanswered, such as 'how long do people dream for?' and 'does everyone dream?' it was a great breakthrough and the answers to the uzzling questions were to come.

In her work, Lucid Dreams in 1968, Celia Green, a parapsychologist, looked at lucid dreaming using the studies carried out previously mentioned as well as collecting her own information on the subject. However, due to the fact that parapsychologists were interested in the subject it was dismissed, largely, from the mainstream of psychological studies.

In 1974, Patricia Garfield published a book entitled Lucid Dreaming, which looked at lucid dreaming from a scientific bent and is largely described as one of the best general works on lucid dreaming. It was this book that inspired Stephen LaBerge to approach the subject more from a scientific nature than use anecdotal evidence, which had previously been done. Stephen LaBerge is now one of the authorities on lucid dreaming after studying for his Ph.D on the subject of lucid dreaming as part of a program in psychophysiology. With the help of Dr. Lynn Nagel they studied lucid dreaming using the sleep laboratories at Stanford University where they studied. At first the research was not a great success, however LaBerge showed that lucid dreaming was a learnable skill and brought it to the attention of the psychology mainstream, and showed it was indeed a subject worth studying. Using techniques he developed himself such as the MILD technique, he carried out research of over 300 dreams, which is the basis of the current techniques. He has gone on to develop electronic devices to help people to lucid dream, using the REM stage of sleep to alert the dreamer that he is dreaming.

This brings us to modern day and Stephen LaBerge is still one of the authorities on this subject and has gone on to ound the Lucidity Institute, which continues to study lucid dreaming and to bring it to the public arena. This subject is still fascinating and more and more research is being carried out and more and more devices are being used to induce lucid dreams. I am sure that after researching the subject yourself, you too will become fascinated and get involved in carrying out your own dream research.