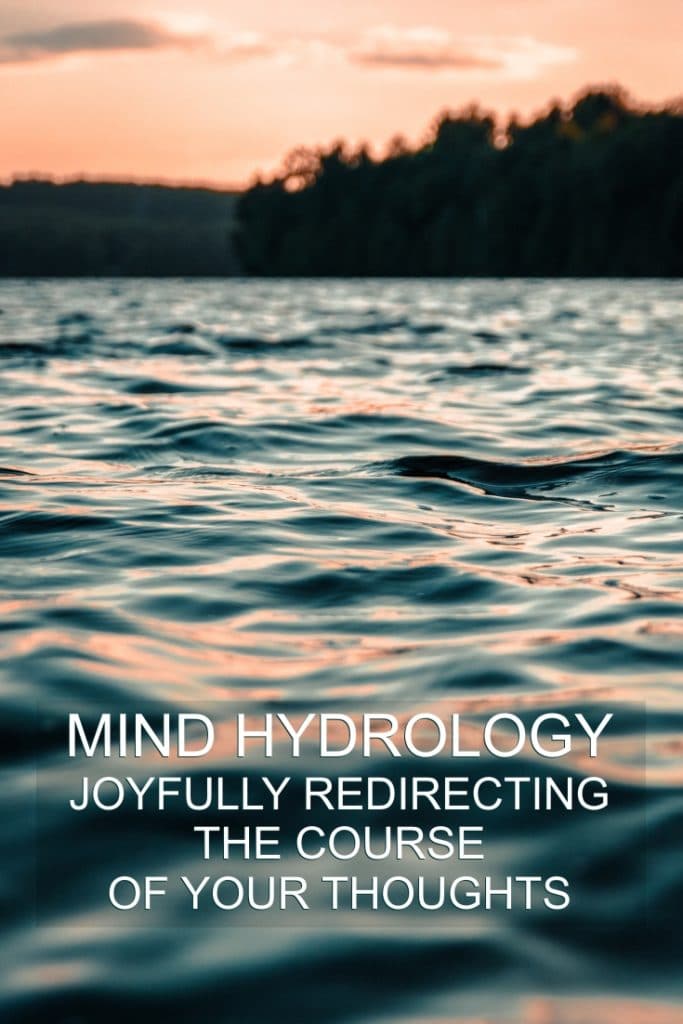 Like certain timeless wisdom, there's a sutra right at the very beginning of The Yoga Sutras of Patanjali"”that wonderful collection of wisdom from Hindu philosophy"”that defines my ongoing mental struggles so simply, I can actually find it a little aggravating.

Maybe that's just me thinking about it in the wrong way. You know"”habitually sending my thoughts in an aggravating direction. It also happens to be the sutra that supplies my favorite definition of what Yoga actually is. It's Chapter One, verse two, and it goes something like this:

"Yoga is the control of thought-waves in the mind."

As usual, with the Wisdom of the Ages, it makes it seem so simple and direct, doesn't it? But for all the times I've attempted to sort out the random jumble that makes up my mind, I've discovered it's anything but"”unless I can experience it myself. And then I realize it really is simple, if I can simply change the way I think about it. I have to start by sharing the awareness of my thinking as "thought-waves in the mind."

The simplest way into that deceptively simple sutra is through its fluid metaphor for thinking"”the lovely idea that my thought process can flow along in a controlled and comfortable way, like sets of waves that can be observed from a safe distance, and then guided in the direction of our choosing. Like the action of water, I need a concept that penetrates down into the process I so easily take for granted.

Water finds its greatest power by seeking its lowest point." "“ A Zen saying 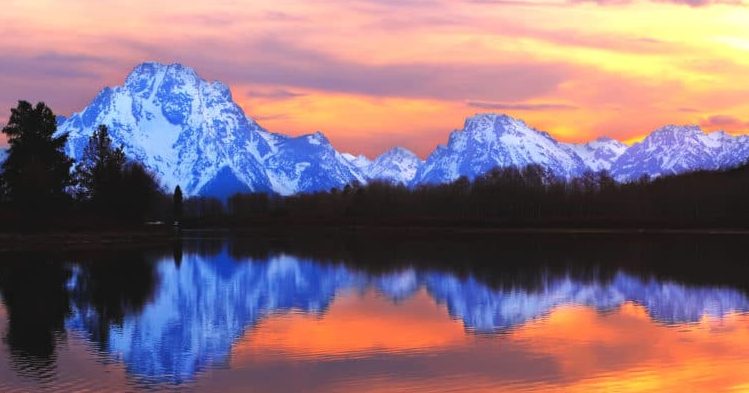 Functionally, my fluid thoughts are more often like choppy waters, or sudden shore-breaks; insistent, swirling whirlpools, or even tsunamis. Fluid, but not really so orderly. I'm much more likely to be thrown around, or washed over, or sucked under by spontaneous thoughts than to calmly line them up like orderly waves going in this direction or that, like Poseidon playing in the pool at Mount Olympus.

Most of the time, the most fluid metaphor for my mind comes in the image of a self-propelling shark, swinging side to side, ceaselessly roving from thought to thought, following random electromagnetic impulses (or some sudden, unconnected suggestion of blood in the water), instinctively following the pathways I feel have worked in the past to assure my "survival." 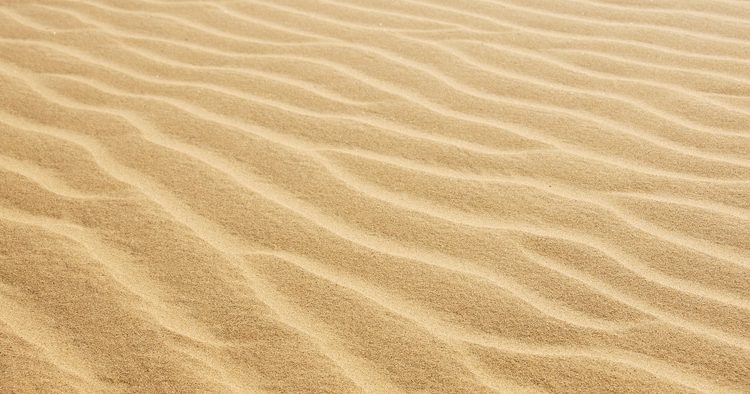 So, as it turns out, I think the way I think because I've been practicing thinking that way for a long time"”and there's a Vedic concept that describes this liquid metaphor that comes in the form that our wise Hindu philosopher would call samskaras.

Samskaras are patterns of thought"”directions our thoughts run in that are caused by a kind of erosion in our minds. They're those recurring thoughts that unconscious gravity insists must cascade down, over and over, in the same direction. And as they do, they carve out channels and build up stream banks, like sandbars of used thoughts.

Without you even realizing it, these insistent patterns force your thoughts into old directions that may not even serve you anymore, that may actually prevent you from thinking in new directions and realizing new potentials.

Over and over, your thoughts lead you back in the wrong way. Season after season, you become accustomed to irrigating the same garden of your unconscious focus, harvesting the same bounty of discomfort and anxiety. 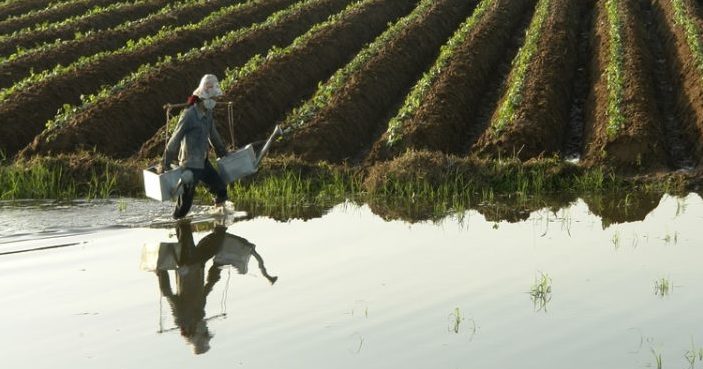 But as any good farmer can tell us, we can redirect the stream of our flowing thoughts through conscious awareness, and by putting some simple joyful hydrology to work. Our goal is to move the flow of our thought-streams into new ground"”to cut new, more beneficial channels into our internal geography, and in that way, redirect our outcomes and eventually (sometimes suddenly!) reshape our minds.

This concept may sound familiar to you in modern, scientific terms, and if you think of mindfulness, it should. It's described in modern neuro-scientific terms as reconfiguring neural pathways. (When you study ancient Hindu wisdom, you realize that they understood neuroscience, astrophysics, quantum mechanics and a whole lot more "modern knowledge" a long, long time before any of it was "discovered.")

In order to irrigate our lives with new streams of positive thought (that is, to modify our samskaras, as Patanjali would say) we simply need to consciously introduce thought-waves that go in new and better directions, and guide them over new ground that's been properly prepared.

We know it's practically impossible to route any kind of stream over hardpack, so we've got to introduce some air and space into the ground of our thinking to counteract and command the effects of so much gravity. We need to consciously introduce joy. We can accomplish this first in sort of a counter-intuitive way.

We start by recognizing when we're going in that uncomfortable direction again, that a common direction our thinking takes reliably leads us to a state of agitation or discomfort. The uncomfortable awareness we experience is really the precondition for rerouting our stream of thought in a new and more joyful direction.

This more joyful, common-sense perspective on our uncomfortable directions softens up the ground of our new becoming, and allows the awareness of counter-intuition to point our thoughts towards a new positivity, away from the patterns of pain we've unconsciously accustomed ourselves to. 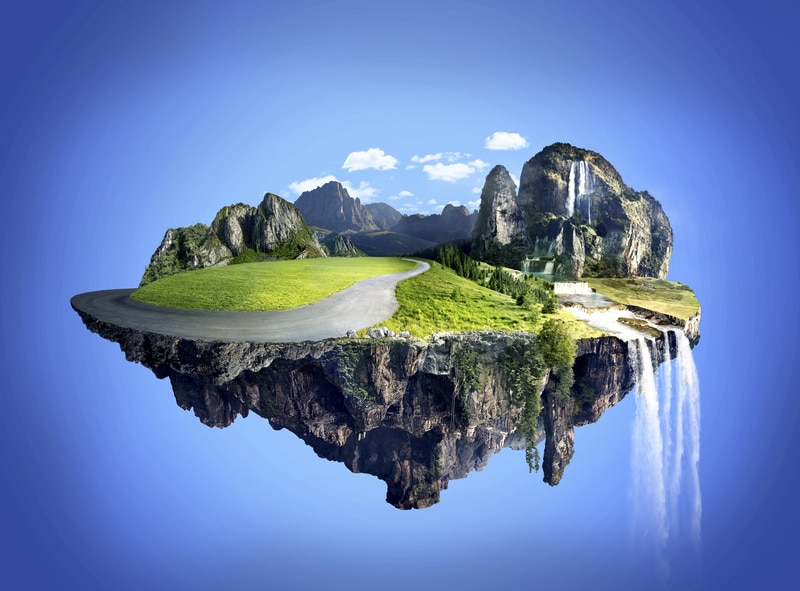 The key to all this new irrigation, to the redirection of all these cascading streams of thought is, of course, gravity! Gravity"”or should I say, too much of it. You have to consciously escape all that gravity! To lighten your thoughts up, and aerate the ground of your being, for Pete's sake. Seven billion of us can't all be that important, you know.

Positive thoughts are light thoughts; they're easy thoughts, and the directions they stream in are easily lifted and directed in order to run straight towards your true potential. Then the fertile, uncut expanses of your inner potential can be fed by new furrows of thought"”springs and streams and cascades of joyful possibility, reconfiguring the pathways of your thought process. Sounds simple, doesn't it?

The other day, I saw a perfect illustration of this skillful redirection. I was watching possibly the greatest tennis player of all time as he barely squeaked by a young, underrated player whose inspired play turned a victory everyone had taken for granted into a real struggle for survival. Immediately following the contest, the commentator revealed the direction of his own samskaras when he asked:

"That was a very difficult match, wasn't it? Did you expect him to be so tough to beat?"

The champion answered, "We had a lot of fun. It was really exciting. That's why I'm here, to bring that kind of excitement to people, and to experience it myself." He smiled big.

"Didn't you have back problems two weeks ago? Was that affecting your play today?" asked the commentator.

The champion replied, "I'm just very happy to be playing here today. It was a great match, and I'm really looking forward to the rest of the tournament." He smiled even bigger.

The commentator (a little bemused) finally asked, "The new roof here really closes in all the action. Didn't you find all the noise distracting?"

The champion said, "It's a wonderful atmosphere for the tournament. All the people here have been absolutely great"”it's really fun to get to play for them!" He smiled a huge smile, politely ended the interview and smacked three or four autographed balls out into the cheering crowd with his racket.

You see, joyfully redirecting your thoughts is never such a big deal after all. You simply see that familiar pain arising, and set a course in a different direction.

I'm an illustrator and animation designer turned spiritual author, thanks to my three Near-Death Experiences and the years of meditation, study, and service they led me to. Feel free to contact me with questions or concerns about life, or death. You can find me on my website or on Facebook