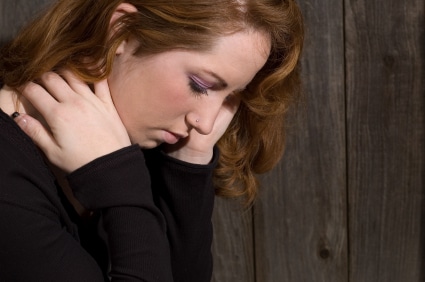 Nope: You're better off without it.

Your life will be measurably better when self-esteem is not an issue and out of the picture. Getting rid of it will mean you get a whole new perspective on life "“ literally.

And I guess now you want me to justify what I just said which potentially puts about a thousand self-help authors out of business.

I'm sure the inventors of the concept of "˜self-esteem' started out with good intentions.

After all, there's no harm in putting a name to the way people value themselves, is there?

It's when the experts adding the words "˜high' and "˜low' to self-esteem that I start to get upset – and angry.

Because these seemingly harmless terms actually create a perception that self-esteem exists on a continuum from high to low"¦ like on a sliding scale. And if valuing our self exists on a scale then our "˜esteeming' of selfcan be moved up and down that scale.

If you believe that anyone other than you can cause your esteem to get "˜higher' or "˜lower', you're not in control and you'll spend your life susceptible to manipulation.

Think about it – isn't this the way we think and talk about self-worth? That it can be "˜attacked, dented, built up, and pulled down'?

In extreme cases people commit crimes and even suicide or murder because of low self-esteem. My "˜esteem' was ripped apart when my first marriage ended and I have first-hand experience of how devastating low self-esteem (as I perceived it then) can be. I nearly ended up topping myself because of my mistaken ideas about where my value should come from.

So I don't like this set-up and neither should you because as long as you buy into the idea that you can have "˜high' self esteem you can also have "˜low' self esteem and all the misery that comes with it.

I started to wonder if there was a better way to perceive this issue – and there is.

These assumptions we make about self-esteem are only mental "˜rules' we live by. They are known as frames [assumptions, beliefs, meanings, values etc] and all of our thinking and emotions arises out of them and because of them.

The good news is that: "If you change the frame "“ you change the game" [the game is the way we actually think and our tangible observable actions].

So what other options do we have for thinking about self-esteem?

This has been seen as the Holy Grail for self-esteem pundits. I was a convert for most of my life, and for the last 14 years I've been aiming to set that frame of mind as permanently as possible.

As a Christian I used the knowledge God loves me unconditionally so I've attempted to instil that knowledge in a felt practical reality. I made good progress – with some relapses over the years.

If you manage to set this state about your self you'll understand it's a game changer by itself.   When love is un-conditional it cannot be moved on a scale because (duh!) there are no conditions to make it do so. It invalidates the scale and creates a new perception of self.

For most us, however, we have to answer the question: What conditions do I need to fulfil for my love to be unconditional? (Yes, there is a joke in there!)

The problem is, our minds can find it very hard to process unconditional love.

No self-esteem at-all "“ the best option of all?

I suspect right now you are equating "˜no self-esteem' with very low self-esteem.

That's using the old continuum thinking – and it's not what I am saying.

I am saying that you're better off without the concept at-all. As in asking yourself:

How free would you be? Go on, imagine a world "“ your personal inner world where you never had to worry about whether or not you felt important because you never asked that question ever again.

You see, when we place a value on ourself or we allow others to place a value on us we will be constantly monitoring the environment for things that might "˜change' our current level of self-esteem.

We also can't focus our resources on outward goals because we are too afraid of our self-worth being damaged or lowered. We are like ostriches defending a nest of eggs made out of holograms.

But who says we need to place a value on ourselves? Why isn't it enough to be human without a need to decide our level of importance or worth?

Why isn't being a human so beyond value it obsoletes the concept?

This is what I concluded recently, and suddenly took a mental leap off an unknown cliff, and bang – now self-esteem is "˜not an issue' – because I don't have any"¦of that kind of thinking.

And I feel good (ba-da-dah-dada-da-dah!) Didn't know that I would now! But I do. And I woke up the next morning "“ and still felt good about myself. I just am. It's settled.

Self-Esteem is just a concept"¦we can do without.

Look, people function perfectly well with large portions of their brain removed. Why not without a dumb concept?

We all mentally invent concepts to describe our experience and yet what exactly does self-esteem describe? When you say you have low self-esteem how low is it (I am touching my knee at the moment) "“ is it THIS low?

Some concepts are really useful. Think about Low Frustration Tolerance talked about by Albert Ellis and others. This is the idea that people don't succeed because they can't tolerate feeling bad or frustrated. It also increases the likelihood that you are a major procrastinator!

If you recognise this could be you, you can do something about it like reading The Procrastination Equation and learn how to deal with impulsiveness to do anything but your work!

Hence, the concept helps us identify a problem.

People used to talk about a flat earth. And most people believed it "“ it was reality for them. But of course, it was not reality. It was an assumption and prevented people from sailing too far in case they went off the end of the earth.

Of course, the concept was badly conceived and prevented exploration and discovery. And now in the light of new knowledge we are happy to liver without it.

The idea of putting your "˜esteem' before a firing squad may be easier to comprehend if you think about living without the concept of "˜failure'. In my book Personal Keys to Self-Help Success I talk about killing the idea completely. I mean, after all, what good does it do?

We associate and frame such negative meanings with failure it's a wonder we achieve anything. It's one thing to fear "˜failing' at achieving but what about when people frame themselves as "˜failures'?

It's such an insidious and totally USELESS concept. All it does it trip people up and make them feel rubbish.

The field of NLP suggests people to reframe it as "˜feedback'. Okay, that can work. But the idea has been so burned into peoples' psyche it probably needs killing first.

Killing the concept"¦creates a Phoenix

This is an observation from my life so I don't know how far it will generalise. I have found that the destruction of an extreme concept in my mind actually clears my thinking to enable me to decide what new position to take on it. I have a new fire inside me to design the thoughts and feelings that serve my goals.

Furthermore, I believe that all the work I did building my self esteem (using the techniques in the Personal PowerPack) actually enabled me to get to the point where I left the concept behind.

So I guess we don't need to fire all those self-help authors after all "“ we just need to use their information more thoughtfully and examine what we are buying into when we say "that sounds like a good idea".

We are too important to decide to measure our level of importance. Hence having a concept of high or low self-esteem actually belittles our inestimable value. Get rid of the concept, – and claim your freedom from stress and self-doubt.