This might seem a bit strange but I have noticed over the last few months that when I wear my quartz watch I notice a discernable difference in my energy.

A few months ago, the battery on my watch went dead and I kept meaning to get the battery replaced but kept on forgetting. What I noticed, when I didn't have the watch, was that I had more energy. I woke up more refreshed in the morning and seemed to have more energy throughout the day. As I said, I put this down to coincidence and threw it to the back of my mind. Then my wife eventually bought a battery, trust my wife to put me to shame, and I started wearing the watch again. 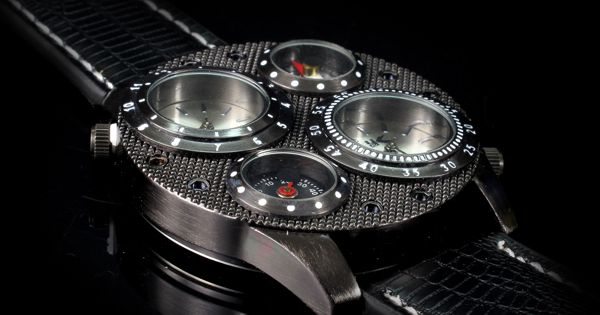 Within a few days my energy levels seemed to drop, I was tired and weary in the morning, I struggled to get out of bed and felt sleepier during the day. Again, the thought that the watch was causing this lethargy was dismissed as nonsense. Of course, I didn't tell anybody about this.

Therefore, to get the thought out of my head and dismiss it altogether I decided I would try a little experiment.

The results surprised me.

Nothing much wrong with that, except looking at it now my energy levels seem pretty low. I may have been too harsh when scoring. I judged my energy levels: lethargy (how tired I was feeling), enthusiasm (how eager I was to keep working), and sharpness of mind (was I foggy or was my mind still thinking clearly).

Energy levels without wearing a watch

I was a bit shocked by this. An overall drop in energy levels over the week by about 8%. I definitely felt a difference in my energy levels.

I thought about this and thought I might have skewed the results in a number of ways;

Nonetheless, it was interesting to carry out this experiment. I wonder if anybody else has seen this as well and if it might just be quartz watches. I wonder if it would be the same with a digital watch or a mechanical watch. Let me know your thoughts.