Anger pervades society through road rage, abusive relationships, and general incivility. Anger emerges from a combination of other emotions, such as discomfort, tenseness, resentment, and frustration. For this reason, it's considered a secondary emotion. It stems from other emotions such as fear, embarrassment, or irritability and it can truly be a furious force if we are not careful. 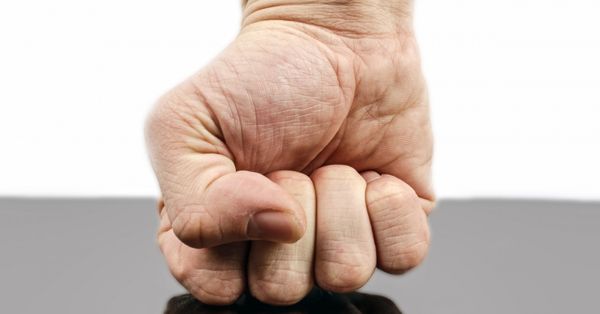 Anger is a basic human emotion that we all experience, but depending on our response, it can have a profound impact on relationships and overall well-being. Anger can really cause disruptions if we let it take control of our behavior and interactions. Specifically, anger that is too frequent and too prolonged can have negative consequences. It can disrupt relationships and cause health concerns such as high blood pressure. It can also lead to aggression and violence when rage begins to brew.

For many people anger comes from being reminded of past negative experiences, feeling resentment towards others, feeling misunderstood, being verbally or physically attacked, and experiencing unfair treatment. Experience teaches us to respond to anger in different ways, depending on what triggers our anger, and the consequential resolution and response we receive.

Angry thoughts and feelings build on further anger until it becomes out of control. For this reason, people must begin to understand and learn how best to deal with anger when it emerges.

Fanning the Flames of Anger

Stuffing and escalating are typically counter-productive ways for dealing with conflict and solving problems, and they tend to ultimately make the problem worse.

This is a term that refers to holding in our emotional feeling of anger and trying to ignore the person or situation that is provoking these feelings. People may withdraw emotionally or deny their anger. By doing so, the individual doesn't have to immediately deal with the discomfort and anger, but ultimately the emotions will become more intense and overwhelming. People may start ruminating on what is bothering them while continuing to bottle up their feelings. Having constant feelings of anxiety, irritation, and bitterness eventually have dire consequences and lead to someone blowing-up, and ultimately harming others in the process.

This refers to an automatic and intense anger arousal that can occur. Escalating is easy to identify and involves verbal and physical threats. It involves blaming, such as pointing the finger at someone else's mistakes, and using "you" statements. People with a tendency to escalate can become aggressive and damage relationships and reputation by reacting hastily. Escalation involves an emotional high jacking, where one loses control over emotions and behavior, and in doing so makes regretful decisions.

Cooling Off and Directing Anger

Directing emotions provides a healthy and more productive response to managing anger. It enables more lucid communication and appropriate expression of emotion. It involves staying calm and using "I" statements which allow discussion to happen between the parties involved. This is important, as when conflict is ensuing, emotions are high and a crucial conversation needs to take place. By staying collected and keeping a calm tone of voice, it's easier to communicate productively and get your message across.

We can cool off by removing ourselves from the situation and doing something that soothes our emotional arousal. We can prevent anger from reaching a dangerous point, by not letting escalation take place. This means that when we feel emotional arousal of anger, immediately redirecting our arousal to something calming or neutral. This is why people count to ten or takes deep breaths in order to calm the arousal that has taken place.

More productively, is working to sublimate our energy from anger. Sublimation is a term used to describe the process of directing our anger or emotional arousal to a creative release, such as painting, music, nature, or poetry. This can provide an outlet for anger, and actually improve creative development.

Understanding your anger style can provide the means to process emotions and communicate more effectively. Being able to evaluate your feelings before immediately reacting opens opportunities to manage anger and negotiate or collaborate to reach a solution. Being able to think before we act means problem solving can take place, and common ground can be discovered.

In order to maintain dignity and respect in relationships, anger must be dealt with constructively. Seeking to understand where someone else is coming from, and being willing to make mutual decisions, can provide a win/win outcome, where both parties involved feel respected and content with the resolution.

When you feel the surge of anger beginning to grow, do something that can help to re-frame the emotional situation and don't let yourself get worked up. Thinking about all the reasons why your anger is justified just makes things worse. Squelch the flame of anger before it gets out of control. Don't let negative emotional states hold you back from a flourishing life. Work through the emotion by directing your anger toward something productive, and move on with your life.

Joe Wilner is life-transition coach and writes at Shake off the Grind where he helps people thrive when they're up and survive when they're down. He is also the creator of the Becoming Unstoppable. A twelve week ecourse to help you overcome and achieve anything.