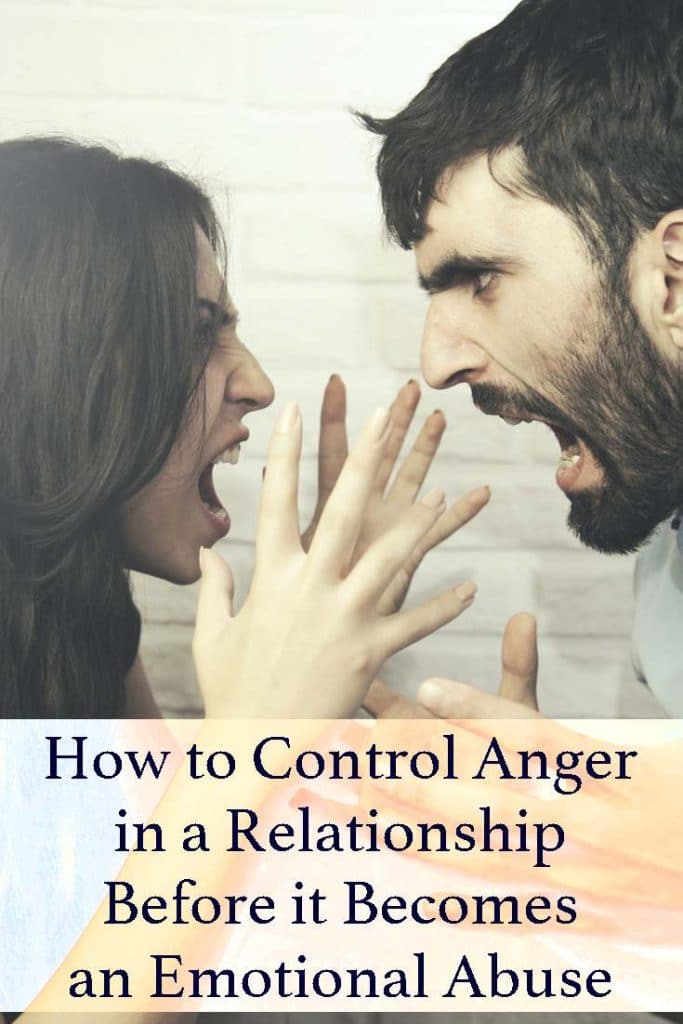 Anger is a feeling we are all familiar with, although we experience it and express it in different ways. Combined with emotional abuse, it is often a very efficient tool to get what you want – at all costs.

Emotional abuse in a relationship can take many forms, from very subtle ones, when you don't even realize you are being emotionally abused, to very obvious ones, such as when you are being openly criticized or put down in public. Emotional abuse can take a severe toll on your self-esteem, especially if it lasts for a long time and leaves you feeling insecure, intimidated, and ready to take the blame for everything that goes wrong.

We all get angry from time to time but it is how we react to this emotion that matters. People are often encouraged to vent out their anger, and this is actually good for your health, provided it doesn't make those around you feel uncomfortable or threatened.

So, although it's perfectly natural to feel angry if angry outbursts become common and have a tendency to turn violent, then there is a problem. 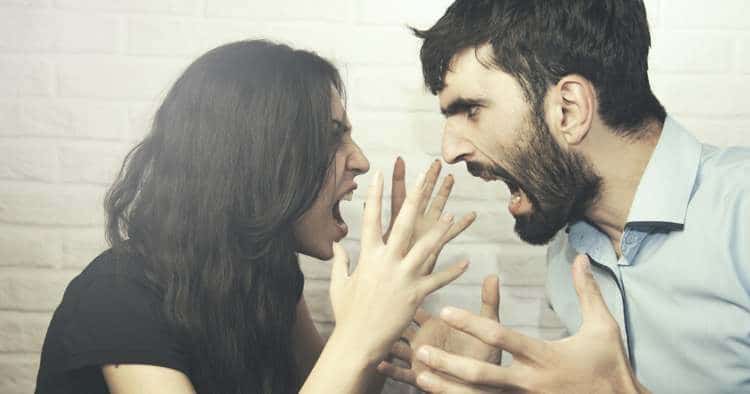 Who's Got The Problem?

The best way to deal with a chronic anger issue in a relationship is to address the real cause, however, how you approach this will depend on who is having the problem.

People often vent out their anger or frustration on those who have nothing to do with the reason they are angry, simply because something that unsuspecting person did or said, triggered a bottled-up emotion.

For example, if you had a bad day at work and when you get home your partner starts nagging about something you promised you would do but hadn't, it will be a trigger for an angry outburst although it is not your partner you are actually angry with.

However, if almost anything you say or do is a trigger for an outburst, your relationship is in trouble.

3 Ways to Manage Anger in a Relationship

1. If it's you with an anger problem

It's important to look for a solution to this problem when you have calmed down because anger releases certain hormones in our brain which can affect the decision-making process.

Start by acknowledging that your uncontrolled anger is creating problems in the relationship. Be brutally honest with yourself and try to understand why you feel so angry. It may have nothing to do with your partner, so why are you taking it out on him/her? If you can't work this out on your own, maybe consider seeking professional help.

Discuss it with your partner, but before you do, make sure you understand what's exactly the main cause of your anger. If nothing else, promise yourself you will not get into a discussion or make any major decisions when overwhelmed with frustration or fear.

2. If your partner has an anger problem

Help him/her calm down and try to get them to talk to you. Listen to what they have to say, even if you don't agree. Let them speak. Even when people have every reason to feel angry, they will often vent out their anger while talking about it, and that way, confrontation is avoided.

Communication is key for healthy relationships, so the more you talk to each other, the less likely you are to have communication problems.

3. If both partners have an anger problem

Dealing with an angry partner is bad enough, but if both struggle to manage their temper, the relationship is usually doomed. Especially if neither is used to apologizing, staying calm during an argument, listening, or accepting another's point of view.

Psychologists believe that the main problem with anger is what we do with it, for instance, do we manage it? Do we ignore it? Or do we direct it toward others or ourselves?

Unfortunately, uncontrolled anger very often leads to fighting, blaming, name-calling, bringing up the past, etc. The more of these things your partner does to you when angry, the more difficult it becomes to go back as normal once you've both calmed down, for some words or actions cannot be taken back.

It is not uncommon that partners use anger or emotional abuse to get what they want. In other words, they use it as a weapon to dominate over others, especially if they know that many people will, in order to prevent an angry outburst, agree to anything.

Some people become so abusive and enjoy demonstrating their anger so much, that they often look for ways to be angry. Because anger triggers a rush of adrenaline hormone, it gives them a shot of energy and a false sense of power. So, someone who is physically or mentally “weak” may need this adrenaline shot from time to time in order to feel they are in control.

However, don't forget that anger is an important part of healing. So, if you know that your partner grew up in an abusive family, his/her angry outbursts could be a subconscious way of dealing with the ghosts from the past. Or, if he has money problems, long-standing problems with his family or friends he's unable to resolve or has to put up with unfair treatment at work, the angry outbursts could simply be a clumsy and unhealthy way of releasing accumulated tension. And this is why it's so important to understand the real cause of unprovoked angry outbursts.

Kolyanne Russ is a relationship and love coach with a conscious and stress-free approach. She works with fabulous women to help them create a vision of their ideal relationship and gain the confidence to achieve it. She also writes and shares educational and inspirational content on her blog at Pinch of Attitude.