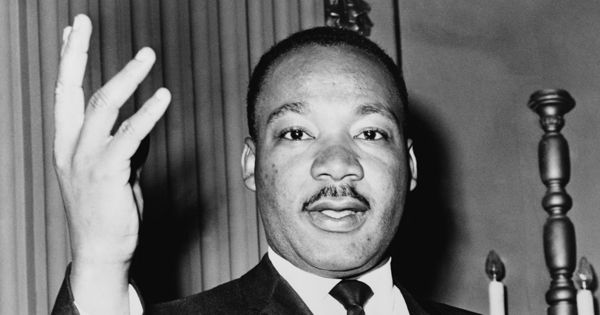 At one point or another we have all looked up to someone else, and I think it's safe to say a majority of people who are considered leaders may never amount anywhere near to what Gandhi, Martin Luther King, and Nelson Mandela have done. As true as this maybe,   does that mean we can't be a leader in our own way?

I consider my father a leader, same goes for my business mentor, and even Joe, my mail man for six years.

But if we don't need history-changing-triumphs to be considered a leader, then what do we need?

There are many characteristics that the both of us may take on when becoming a leader, to name a few:

All of these aspects do play a part in being a leader, but there is the question of how. How do you take charge? How do you build teams? How do you help others succeed?

In my personal experience and through what I have observed, here's what I've learned when it comes to creating Newborn-Leaders.

As obvious as it sounds that you will need to have ambition, it easy for people to not challenge themselves. And that's because as a society, naturally, we all want the "quick fix", a "get rich quick" strategy.   Take blogging for example, working from home is ideal for everybody (mostly everybody). But it's not easy, and I'm quickly reminded everyday as I struggle to keep my own blog alive and running.   The best perks in life simply won't come easy…unless we're Paris Hilton.

So we have to be motivated, you and I.

Our biggest enemy is ourselves and there will be times when we (our minds) talk crap to ourselves,   " You can't do it! Don't even try! Give up!"

But we can't give in. Don't worry dude, I have your back. And I'll be damned if I sit back while you talk shit to yourself.

What kind of reasons? The reasons why you're striving to better yourself, your goals, your dreams and aspirations. Most people have very unclear and vague reasons. That's why they fail to achieve their goals. The more in depth reasons you have the better. Ultimately, whatever your reasons may be….  yell them out loud!  Upon yelling and listening to your own words of reason, if you don't feel emotions ignited within your body–you better go back to the drawing board.

Why do you want to stir up your emotions?

Simply put, I want you to strive to set out on finding  reasons  that ignite you emotionally. Besides, if you're emotionally affected by your reasons, it's normally a good (or bad) sign that what you're fighting for matters.

As you may or may not know, I teach people how to mingle and build relationships for a living and I worked hard to get where I am. There were many times when I went out to social events alone trying to meet and build connections with strangers. It was scary, sometimes traumatizing, meeting strangers alone. My mind would say discouraging things–variations of how I could not take charge, how I could not make friends, but mostly how I would not be successful.  I was at a point in my life where I felt secluded, that no one liked me, and I was afraid that I would end up alone in life.

But in those moments of doubt, I realized that I wanted my life to be filled with friends who appreciated me for me. I knew that my future depended upon the relationships that I would build during those times.

And that's when I manned up and decided to follow my ambitions.

Ultimately, the  fear of being alone was more than enough for me to get my ass through that door and take action for my life. And those were my reasons to achieve my goals on becoming a social coach.

Four years later, 45 cities all over the world later, hundreds of clients who I've successfully coached later… here I am, talking to you. I wouldn't be here today if I didn't have reasons that emotionally ignited my body to take action.

Now my question to you is this: What are Your reasons?

Parker lee is a writer and coach who loves to help people learn that they don't have to be "James Bond"   to live an attractive life-style. He uses what he had learned through various self-development seminars, and his own life's experiences to successfully coach hundreds of clients all around the world( New York, L.A, Amsterdam, Singapore, Manila to name a few..) in the areas of: Conversation, Self Development, and Dating. Parker Blogs at HowtoMingle.Com/Blog. You can sign up for his free, ebook, "Howtomingle101: Your guide to meeting and connecting with anyone, anytime, anywhere."