The idea that our external reality is a reflection of our internal world has pervaded popular personal development literature for hundreds of years. The proposal itself is, of course, much older than that and it seems that many people, hooked on the subject of self improvement (myself included) have bought into the principle. If there is any substance in the idea, you would think it would be a fairly straightforward matter to change your life.

As it turns out, changing our thoughts can be a lot more difficult than we might, at first, think. Sometimes, it takes a shock event to impact our thinking strongly enough to really make us change direction. Cherie Blair, for example, says it was when she finally realised her dad, the actor Tony Booth, had abandoned his family. Fern Britton says her it was when she considered committing suicide at the age of just 21 years. Stirling Moss says it was when he suffered a near fatal crash at Goodwood. 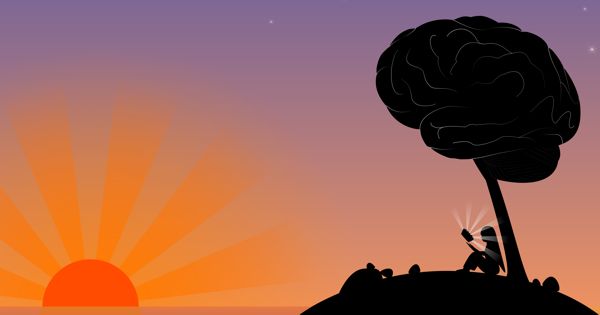 If you, or someone you know personally, has ever had to face a serious medical condition, you will know how that kind of event has the ability to realign your priorities. It is easy to understand why such powerful moments have the capacity to push our thinking where it normally won't go, of its own accord. The problem for us, in learning to change our lives, is gaining access to that kind of transformational power without having to go through a trauma.

It is said that during a normal childhood upbringing, you will hear the word 'no' approximately 200 times more frequently than you hear the word 'yes'. Is that just an interesting statistic or is it a reflection of the kind of environmental conditioning we need to overcome? Personally, I do think there is quite a tendency, within modern western society, for us to become negatively conditioned. As a result, many people end up getting their dreams squeezed out of them – unwittingly, unwillingly, unthinkingly.

One of the things we need to do for our own children is to start telling them that they 'can' do things. We need to encourage them and build them up into people who believe in their own abilities despite what the surrounding evidence might suggest to them. Even with your own constant positive input into your child's life, your children are sure to be subject to the well-intentioned, but misplaced negativity than can still impact their lives for the worse. But, by constantly telling them that you love them and that you believe in them, you will have equipped them with the greatest gifts for success in life.

For you, as an adult, it is very likely that you have also been told, far too often, that you can't do something, that you won't amount to anything significant or that your aspirations are simply not achievable. You see, that's what the vast majority of the people around you actually believe and they can't help it either because they too were the object of such negative conditioning, particularly in their formative years. They too had their dreams crushed by other people's negativity and they have now come to believe they were foolish to have even contemplated them in the first place.

That's the reality for most people because that is their perception – yes, our perception is our reality in many situations. As an example of how powerful our thoughts can be, consider the Mae Enga tribe who believe that menstruating women can turn a man's blood black, dull his wits and even cause death. One person, who found his wife had been sleeping on his blanket during menstruation, certainly lost his wits and he killed her.

Of course, without wishing to sound too flippant, most of us don't believe that menstruation is really that dangerous. But, what the above example illustrates is just how powerful and, indeed, dangerous our thinking can be because, after all, our actions are a product of our thoughts. Right actions follow right thinking just as surely as wrong actions follow faulty thinking.

So, I would like to challenge you to think again about your own life and what you think may be possible for you. Think about the dreams you have carefully locked away, safe within that private little place, deep within your heart; the place that nobody else knows about, where your dreams still live. As the year draws to a close, do you think you might be bold enough to get them out of that hiding place and take another look at them?

Instead of making a list of New Year's resolutions this time around, wouldn't it be more productive for you to spend some time contemplating your future? Start to tell yourself that you 'can do it'. You won't believe yourself at first, but you just have to work your way through that. Use positive affirmations to tell yourself that you are capable, that you do have everything you need to succeed, that you are going to make a difference!

In my personal development workshops, I often get people who will ask me something like: what happens if they convince themselves that they can do something, only to find out that, in reality, they actually can't? My answer has always been that the people who enjoy outstanding success in life, all, without exception, first convinced themselves that success was a possibility for them. Without that kind of belief, they would not have made it either.

Changing your thinking does not absolutely guarantee success – that's undoubtedly true – what it does is to make it a possibility for you. Your negative conditioning has to first be overcome and only then can you give yourself a real chance. Don't think that opportunity has passed you by either, because you are here for a purpose and the script for the remainder of your life has not yet been written.

Will Edwards is Founder of http://www.whitedovebooks.co.uk
If you enjoyed this article, you will also enjoy The Inspiration Blog