How often do you need rewards?

When people don't get rewards often enough they tend to lose motivation. When they are rewarded too often, they get lazy and spoiled. But just the right number of rewards provides both optimum performance and experience.

While BF Skinner did a lot of work with tangible rewards like food for rats or M&M's for human beings, his work doesn't apply directly to more subtle rewards like a glance, a sweet tone of voice or even silent approval or covert compassion. These subtle rewards are more prevalent and persistent than the obvious ones. 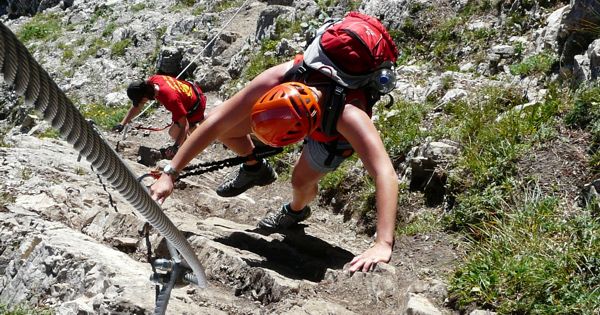 My marathon buddy, Mike, taught me a simple trick that we can all use. Throughout a marathon he would ask me "How are you feeling right now?" This made me focus my attention on my body and then give him a report on where I was tight, where I felt good and how every part of my body felt.

Each time I did this I experienced a rush of energy as though the marathon was just beginning again. It was beginning again for me. A little while later he would ask me the same question and I would answer.

He was inviting me to focus attention on subtle changes within myself. The result was rewarding in the subtlest of ways. Certainly M&M's can be rewarding but they aren't subtle. Giving myself attention, bringing myself to the present moment, was so subtle that it worked every time. It didn't fill me up with M&M's either.

Each moment contains an equal mix of dreams and reality. In the moment the mix is never off balance. But when you move out of the moment and into the past or future, the balance can be quite far off.

She Runs in Guns Blazing

A friend of mine has a daughter in college. She, the daughter, isn't doing very well academically. But at the beginning of each semester she is quite certain that she will get only A's.

She doesn't want to hear anything about what needs to be done to ensure good grades. In her dreams and imagining she will surely have good grades. As the semester "drags" on though her lack of study habits, desire to socialize and inherent resistance to learning surface, tarnishes and finally dashes her dreams on the pavement of final exams.

Hopes often run high at the beginning of the semester, or any project. It is quite likely that underlying patterns will prevail over the duration of the project. I call this the dream delusion. Clearly stated the phenomenon is: any project, no matter how wonderful it looks at the beginning, tends to reach a predictable level based on the sum of habits and behaviors of all participants.

In the case of my friends daughter her initial optimism is unrealistic, unprecedented and is continually mediated by the reality of what it takes to get something done.

By mid semester she finds herself in a wasteland. Her initial optimism is running low and the final exam with its final grade looming terrorizes her.

She needs to set up subtle rewards, like Mike taught me to in the marathon.

Dieters experience dream delusion, they are quite sure, as they are bingeing the night before that tomorrow will bring a new resolve and all new behaviors, making "tomorrow" the perfect time to start a diet. Tomorrow though turns out to be just way too much like today, with an optimistic binge tomorrow evening too: a gallon of ice cream and pie mixed with the certainty that the next morning rationality and few calories will once again prevail.

We all need rewards and we need them often. If we can learn to give ourselves rewards, simply by focusing our own attention inward with curiosity and wonder it is a little like providing ourselves a treat just when we need it.

The biggest hindrance to peak performance for human beings is not receiving a reward when you really need one. A substantial part of getting to know yourself is knowing when you need a reward and providing it. Most people operate in the "needy zone." They are way behind in the reward department and thus are much less happy and not as secure or self confident as they might be.

Several years ago I was in the semi-finals of a tennis tournament. My Mother was there watching. I lost. But after the match my Mother said to me "You didn't win, but everybody knew you had much more fun than the other guy." She was referring to the fact that I considered it a treat and a pleasure just to hit the ball. Each moment of the match was rewarding for me. I was smiling all the while, while my opponent wasn't focused on the moment. He wanted to win the whole tournament. He lost in the finals, but he wasn't having any fun in the final either.

If you get rewards when you need them you will have fun. You can't help it. Actually, when you learn to reward yourself with attention you can't lose. You may put less points on the board but you will perform at the highest level you are capable of performing at and you will also increase your learning curve resulting in rapid improvement.

Rewarding yourself with attention is as simple as focusing your attention inward.

How do I feel right now?

What am I thinking right now?

What is my disposition this moment?

Get curious about what is going on with you.

I was at a cigar bar recently, which is a bit odd since I don't smoke or drink. But there I was way outside my element. I was with a client and he was intent upon introducing me to a mentor of his. We sat amidst the cigar smoke when all of a sudden the smoke cleared. It cleared when Jim, the mentor, focused his attention on me. He was curious about me. He hung on each word I said and also tailored what he said in a way that made it interesting to me.

The evening, which was way out of my element, proved to be delightful for me and an evening to remember. It was all because of Jim's attention and how his curiosity and attention had me rise to the occasion. He listened intently to me and it made a huge difference.

Jim is very rich and successful. I don't doubt that his success is due in large part to his ability to make other people feel important and to freely give them attention.

Imagine doing what Jim did for me for yourself?

What if just focusing your attention on yourself with curiosity and wonder sparked you to be more present and consequently much more able. What if you were able to rise to any occasion without rewards from the outside. Outside rewards are often way to few and much too far between. Learning how to reward yourself has you live in a world of abundance and in that world you will shine.

Just ask yourself the questions that I mentioned above:

How do I feel right now?

What am I thinking right now?

What is my disposition this moment?

The answers to these questions aren't nearly as important as asking them. Asking them shows interest, provides attention and is an intrinsic reward.