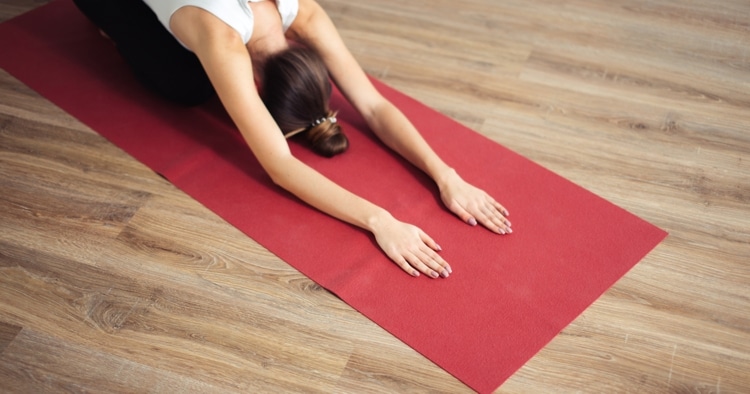 Yoga is one of the best practice to improve both your spiritual and physical life. Through a set of poses, combined with breathing exercises, you not only strengthen your mind, you also gain more benefits than just releasing stress. Other than being a good place to find a date, these are ten benefits a yoga class can give you:

In one study, a group of pregnant women were asked to provide a saliva sample, before and after their  Hatha  yoga  sessions. The women were checked again after pregnancy, and showed improved mood and fewer postpartum depressive symptoms compared to a control group.

High blood pressure can damage your arteries,  reduce your brain’s supply of blood, and may cause heart attacks. Fortunately, Hatha Yoga can decrease blood pressure, especially for your kids. In one study, 14 students were assigned to a  Hatha  yoga  program. After tracking them for 3 months, the research team noticed a notable decrease in the student`s resting blood pressure.

Many studies suggest that practicing Hatha Yoga can be very beneficial for cancer survivors. A 2014 study by Ohio State University found that three months of Hatha Yoga can reduce fatigue and lower inflammation in breast cancer survivors. The study found that both fatigue and inflammation in Hatha practitioners dropped significantly by 57 and 20 percent respectively.

Fibromyalgia is a disorder that affects affecting the way your brain processes pain signals and is usually accompanied by symptoms such as chronic muscle pain, fatigue, sleep problems, memory and mood issues.

A 2011 study by York University found that two 75-minutes sessions of Hatha Yoga, practiced weekly, reduced both the physical and psychological symptoms of chronic pain in women with fibromyalgia. The study found that practicing yoga helped women bring their lower-than-average Cortisol levels, to normal ones, and thus soothe their pain.

This isn`t completely proven, but some studies suggest that yoga —precisely Hatha— can help fight Alzheimer`s and similar cognitive problems. A recent, 2017 study in Brazil has found that the brains of elderly female yoga practitioners have greater cortical thickness in the left prefrontal cortex. These are areas responsible for cognitive functions like attention and memory. These findings were confirmed by another study by University of Illinois that suggests that eight weeks of practicing Hatha yoga 3 times weekly improved the cognitive performance of sedentary older adults.

Doctors and physicians recommend yoga, along with Kegel exercises, to patients with enlarged prostate to strengthen their pelvic floor muscles and lower its symptoms. Other studies suggest that some yoga poses like Virasana and Baddha Konasana can also help women with urinary incontinence to avoid accidental urine leakage by 70 percent in just six weeks.

Two million people in the United States have been diagnosed with epilepsy and according to studies, yoga can also be excellent for them. A 2001 study by NYU Medical Center found that daily yoga can help patients live better by easing their anxiety and reducing the number of seizures they experience. 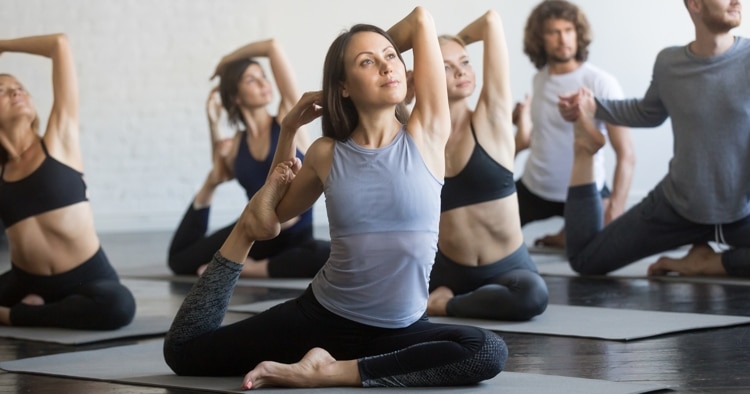 Yoga will increases your flexibility

More flexibility means a better posture, increased endurance and a much less risk for injury. Luckily, you can get all these benefits of practicing yoga. According to a 2014 study by Colombia University, found that yoga positions like the downward-facing dog are highly effective in reducing stiffness of protein molecules thus increasing your overall flexibility and endurance.

An effective treatment for osteoarthritis

Researchers from Florida Atlantic University measured pain, balance, gait speed, fatigue and functional ability of 131 older adults with osteoarthritis  then enrolled all patients in an eight-week yoga program (two 45-minute sessions/week). All five criteria were measured again at the end of the program and the result showed an improvement in pain tolerance and a reduction in pain that lasted for the three-month period following the program.

If you`ve practiced yoga for a while you`ll know how a short yoga session can fix your mood after a long busy day. Studies found that yoga has a greater positive effect on your mood than walking and jogging. According to a 2017 study by Boston University, People who suffer from depression can receive a significant reduction in their symptoms if they practice both yoga and meditation for at least twice a week.