Let me tell you something about myself: I`m more ambitious than anyone can ever imagine. My goals are in 10X, I eat books for breakfast, lunch, and dinner, and I ridicule those who are scared even to try. But I never went any far with my life until recently because I was JUST ambitious. Nothing less, and nothing more.
If you think about it, you can put most people into one of three categories: A) dream small and work little B) dream big and do little C) dream big, do big and go all in. I was a proud ambitious, and I didn`t do much to move the needle any further. It`s only when I demanded from myself that I jump the gap between B and C that I shook hands with success. This gap, my friend, is called getting sh*t done.

The universe measures success with actions, not words, and if you can turn yourself into someone who takes massive action on a regular basis then you will be unstoppable regardless of the competition. I`ve done my research and below are the top three mind-shifts you need to have to become super productive and high achiever. Here they are: 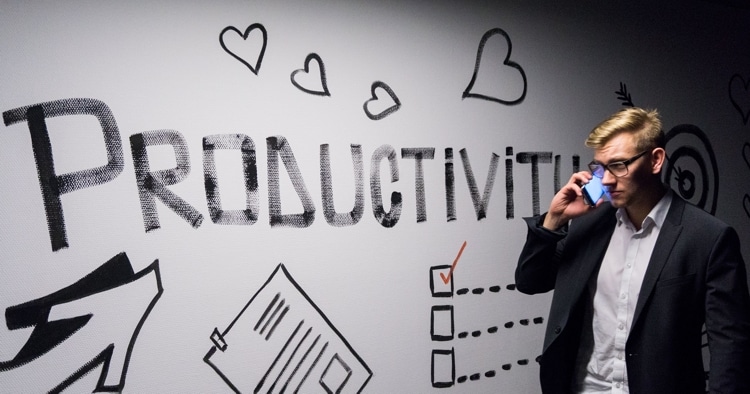 "It's a lack of clarity that creates chaos and frustration. Those emotions are poison to any living goal."
Around eight-hundred years ago, there was a man called Genghis Khan who killed over 40 million people in 21 years -1206 and 1227. So far, this man is the cruelest and most vicious world conqueror history has ever seen. Khan -who`s dubbed History`s Baddest Badass by the famous historian, Mathew White- killed more people, conquered more land and lived a decade-plus longer than Napoleon, Alexander the Great and Julius Caesar.

Only one trait that set Khan apart from his fellow conquerors: His sublime planning skills. Though he couldn`t read or write, Khan`s biggest asset was his sense for details. He meticulously planned everything from what his men ate to the number of horses each one used per battle (they rode four horses to march faster), and he also created multiple scenarios for every single fight. And against all the odd, he died on his bed surrounded by his men, twelve wives a dozen or more of children. Like. A. Boss.

Don`t get me wrong; I`m not glorifying the man. I`m just making a point of how a "War Master" he was "“ and why you should have the same clarity to achieve your goals. I want you to foresee the future to better use your skills.

See yourself like a million dollar Ferrari: to move at full speed you want the road to be clear from all barriers (which rarely happens), or you need a map of all the bumps, jammed areas and patrols lurking on the road so you can anticipate and avoid them. If you`re a Formula-1, then I guess you know the need for proper planning is the reason why racers test the road multiple times before a Grand Prix.

So, what do you need to have clarity? Not much. Just a bunch of small habits done daily. Think the following:
Write down your goals for the year. Shrink and summarize your plan into a 60-second affirmation and revise it twice a day.

Take an hour or two each Sunday to put your top-priority tasks on Google Calendar.

Write a short not-to-do list "“ all successful people have one. Take no more than two minutes each morning to list all the things you don`t want to do today: office facebooking, ordering a caramel frappuccino instead of iced green tea or listening to songs instead of audio-books in your commute time.

Look for the PQO

"Figuring out what you are supposed to produce, and learning the priorities in the creation, quality, and frequency of that output, is one of the greatest breakthroughs you can have in your career."

Clarity can make you at least 2X productive but is it enough? Not precisely. To win big, you need to spend at least 60 percent of your time on the things that matter. New York Times bestselling author, Brendon Burchard, calls this: Finding your prolific quality output (PQO). It`s the one practice on your schedule that produces most of the results.

For writers, it`s writing every day. For basketball players, it`s taking more shots, and for salespeople, it`s making more calls. Of course, there will be other things to do. Writers have to network, basketballers must stay fit, and salespeople have to improve their pitch. But until you put words on paper, score more shots and pick the phone and call more prospects, you`re not a writer, a player or a salesman. Period.

So your job my friend is to find your unique PQO and do more of it. Identify the one act that you must do consistently to get results then make sure you don`t go to bed every night without practicing it.

Scott Adams, millionaire, and founder of Dilbert comic strip has a saying on managing one`s energy. He believes achieving abundance in your life starts by learning how to manage your energy well. It`s hard to stay productive when you eat junk food all day, sleep poorly and lead a stressful life. Not only you hurt your body, but you also rob yourself of the energy needed to stay on top of your game which doubles your loss. "When I get my energy right, the quality of my work is better, and I can complete it faster," he says.

Don`t take your health so lightly and begin tweaking your life for more of it. Add a couple of healthy habits to your schedule that won`t take more than 20 minutes from you. Meditate every morning —even if for five minutes—, book a weekly massage, hit the gym three or more times a week and make sure you get enough sleep every night.

You will feel organized and more energized which will affect your confidence and overall productivity. Studies found that even drinking more water or adjusting lighting and temperature at your office can make a positive impact on how you get things done.