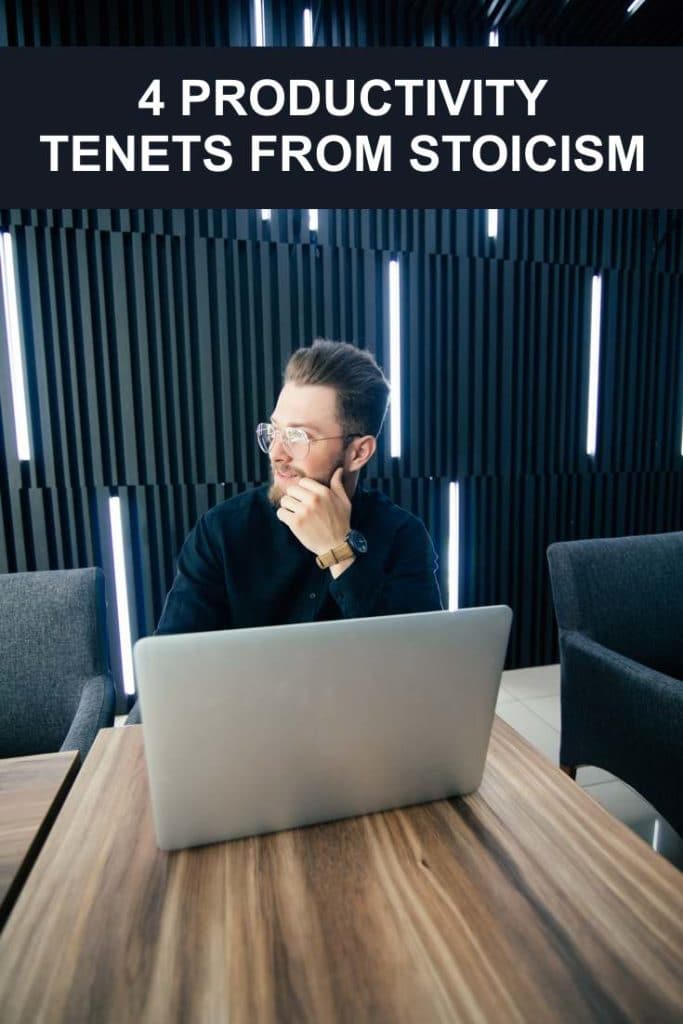 It was a rainy Friday afternoon and as usual, I was going through a post-lunch slump. Unfortunately, as an intern at a rapid startup, it was something I couldn't really afford.

My manager was in a meeting and I checked the clock.. it was around 3:45, still an hour and fifteen minutes for the weekend.

To pass the time, I googled "Best Productivity Apps 2016" and started browsing, hoping that a piece of software will make me more productive. At first, some apps did look pretty appealing. I checked out ten different sites, browsed through the features, checked the customer reviews, the pricing, and then it hit me – I was procrastinating by browsing productivity apps.

Something had to change and surely, paragraphs of code wasn't going to help me. 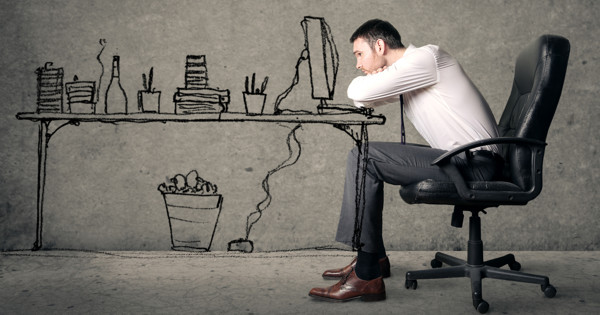 That is when I turned to Stoicism, and, it changed my life.

To put it simply – Stoicism is an ancient greek school of Philosophy founded at Athens by a Philosopher named Zeno of Citium. It basically believes that virtues like wisdom is happiness and that our judgements should be based on actions, not words. And that, we cannot rely on things outside our control to grant us happiness and serenity.

It's a school that firmly believes on doing, not talking.

Stoicism has been practiced by many – entrepreneurs, writers, kings, presidents, however, there are three principle leaders whose work is now read. First is Marcus Aurelius, the Emperor of the Roman Empire. His book Meditations is a series of private notes that he used to write to himself. Then there's Epictetus, a slave who ended up founding his own school to teach Stoicism to some of Rome's greatest minds, His book "Discourses of Epictetus" contains series of extracts of his personal teachings. Lastly, there's Seneca, a statesman and dramatist whose works include "Letters from a Stoic", "The Shortness Of Life", among others.

I started off feeding my curiosity with Meditations by Marcus Aurelius, and, among the many other things it taught me, some of the teachings can be linked to how we can be more productive in our day to day lives. Now, before I jump into the four tenets, let me address a question you could be think about right now: Why would you turn to Stoicism to gain insights on Productivity?

Because when it comes to changing behavior, we need to tweak our mindset. Of Course, using productivity apps will help you get stuff done for some days, but, in the long run, only a shift in mindset would sustain a positive change.

And, what better way to shape the mind than Philosophy itself?

So, here's some wisdom from an emperor who never had access to an App store.

If you seek tranquility,do less. Or (more accurately) do what's essential. Do less, better. Because most of what we do or say is not essential. If you can eliminate it, you'll have more tranquility. But to eliminate the necessary actions, we need to eliminate unnecessary assumptions as well" Marcus Aurelius, Book 4, Meditations.

Today, we're so focused on doing more stuff that we lose sight of what's really important. What's worse- we try to chase everything (unrealistic) and end up getting nowhere. Our list of to-do's is so big that we actually get off on striking everything off.

But.. how is that helping us get deeper work done? How is that going to put us in the flow state? And, if we're not focused enough, how are we going to deliver quality?

Pareto's 80/20 principle can be used. The goal thus, is to devote our energy to those 2-3 most important tasks that are likely to give us higher returns.

So, look at the list of your tasks and ask yourself these questions:

Getting more Sh$% done is great. But, the quality of your work is likely to be Sh$%. Instead, acknowledge the fact that we have a limited attention span and focus on figuring out two-three most important tasks of the day and devote your undivided attention to accomplishing them.

#2 Visualize the process to the end

Everything is interwoven, and the web is holy; none of its parts are unconnected. Together, they compose the world." Book 7, Meditations.

I have a relationship with other parts, so, I have no right as a whole to complain about what is assigned to me by the whole. Because what benefits the whole can't harm the parts, and the whole does nothing that doesn't benefit it. So, by keeping in mind the whole that I'm a part of, I'll accept whatever happens. I will do nothing selfish, but aim instead to join them, to direct my every action towards what benefits us all and avoid what doesn't. If I do that, then my life should go smoothly" Book 10, Meditations.

Logos (logic) can be applied to everything. Including, the tasks we do. So, applying logos to our tasks would mean systematically breaking them down into individual steps from the start, till the end. This would help us clearly notice how tasks move from one stage to another and also, if there are any visible bottlenecks in the process.

However, when we start working on something, so often, we fail to clearly think about the process. We just..start with unrealistic expectations. And this lack of clarity leads to procrastination.

That, is a recipe for failure.

Instead, we need to break down the process' of each of our tasks. This exercise will helps us see the individual steps that are needed, giving us a more realistic sense of what we can accomplish today with a hundred percent focus.

Mind Maps are useful tools that can help us break down the process and clearly see the steps needed to accomplish a task.

So, break down the three most important tasks you plan to accomplish for the day. Ask yourself the intended result and list the process out, step by step. Then, focus on one step at a time with undivided attention.

That, is a recipe for deep work.

Additionally, once you break down something into its individual parts, you will notice that every single step is important. Thus, in reality, work does not have a nature. There is no "˜grunt work'. Every step has a purpose that leads to something bigger.

For instance, lets say one day your manager asks you to make her a cup of coffee.

Now, ask yourself – how is this going to affect the greater good? Well, one way to look at it would be to see that your contribution (that cup of joe) will help her get through the day. And perhaps improve her productivity. That, will affect the organization. Even the cleaning lady's job is important. Her contribution affects us mentally, leading us to be more productive and effective.

So, break down everything you do and focus on each step, one at a time.

#3 See what's in your control

The chief task in life is simply this: to identify and separate matters so that I can say clearly to myself with are externals, not under my control, and which have to do with the choice I actually control. Where then do I look for good and evil? Not to uncontrollable externals, but within myself to the choices that are me own" "” Epictetus, Discourses, 2.5.4-5.

If you attempted to visualize the process of a task, you would've noticed something- sometimes,not every step of the process is under your control. In the modern workplace (or school/college), working with others is a necessary skill. And, to some extent, it makes sense why- we can't do everything on our own.

Now, while working with others is great for the overall benefit of the organization, it could leave us a little stranded on our productivity path.

You could be waiting for that one email from a colleague without which, you can't begin your task. Or, perhaps, you're waiting for the IT guys in your company to approve some changes. Whatever the case is, the question needs to be asked- what can we do when we're working with teams, and, nothing everything is in our control?

We can clearly differentiate between steps that are in our control and ones that aren't.

Fortunately, the Stoics acknowledged the fact that not everything in our life is under our control. And, thus, getting upset over these uncontrollable things is not only irrational, but, can actually drive us insane. No amount of bitching about a colleague is going to make them do their job. The fact of the matter is- we cannot control other people's choices and actions.

But, we can fully control our job. We can gain the clarity to know which part of the process is in our control and leave the rest to others. And, then, do our job.

Nothing less. Nothing more.

#4 Change your definition of success

Enjoyment means doing as much of what your nature requires as you can. And you can do that anywhere. Keep in mind the ease with which logos is carried through all things. That's all you need. – Book 10, Meditations.

We're all quite aware of the fact that success is dependent on many variables. Some, in our control while others, not quite. Things in our full control include our effort, while, external variables include things like luck, and other people's efforts (in case of a team task).

And yet, despite of knowing this, failing at something drives us mad. It leads to a vicious cycle of self criticism, wasting even further time.

For the stoics, enjoyment meant doing their job. And, to some extent, the same ideology can be applied to success.

Success shouldn't be whether or not we accomplished something. Instead, it should be measured by the amount of effort we put towards a task. It should be the extent to which we completed /our/ job.

This perception not only makes us take full control, but, also helps us reflect when things don't work out. And, if we know something about reflection, it's that it makes us wiser.

So, the next time you work on something, measure your performance by your effort. As long as you put your hundred percent into it, you've won. That's success. It doesn't matter what the external outcome is.

Regardless of whether you use Trello or some other productivity app, I hope these tenets help you achieve clarity and wisdom as you strive towards becoming more productive.

Think of yourself as dead. You have lived your life. Now, take what's left and live it properly."