Personal development is not personal! It's not about you.

It IS personal in that what you "˜personally develop' is particular to your beliefs, your skills, and your situation – but it's not about the you who is unconditionally valuable and beyond judgement.

I said it would spin your head. But stick with me, there is good news to come. 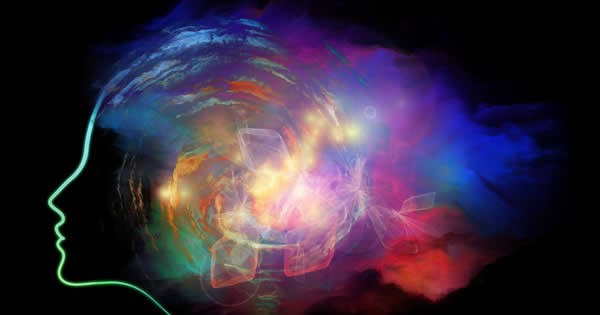 Some words in the English language are what is called in linguistic studies "“ multi-ordinal. This means, in brief, that the same word means different things in different contexts. This is obvious if you consider that saying: "˜I love you' to your fluffy cute dog or cat is not the same as saying it to your husband or wife in bed. It's the same word, different context and hence different meanings.

So why is this good news for you and your personal development?

It's good news if you are someone who personalises comments, who feels that you're being talked about, that you have to have your radar always on in case someone says something bad about you.

Secondly, if you are someone who says ""˜I' failed" and feels bad about yourself (rather than just not getting the result you want), it could be because you are confusing the levels of "˜you' involved in what actually happened.

It's good news because you are not what you do. It's not about you.

Despite what the people around you say.

This might help: NLP pioneer Robert Dilts created a model called the Neuro-logical levels which suggested that change could be made at the following levels:

You will notice that Identity (who you ARE) is at a different level to Capabilities and Behaviour – what you do.

As a Meta-Coach I find that the act of linking judgements of performance with personal worth often stops people from taking actions and risks they need in order to progress. They feel that the essential core of who they are is being threatened.

The you that knows itself as "˜I' doesn't want to change.

Emphasise the "˜I'. It has a strange effect, doesn't it?

Up front I'll state my perspective.

I'm a Christian and I believe that God created me and put His life in me. That life is unconditionally valuable and cannot be devalued. That is what constitutes "˜I' for me.

I also believe that He gave me the kind of consciousness that enables me to think about myself and all aspects of myself.

Thus, – you might want to read this twice – the thinker (which is me/I) is not the same as what is thought about "“ my thoughts.

I know others will have different ideas and we each have to choose what we base our understanding of ourselves on.

What I have done, however, is develop a concept of "˜I' that is not affected by the judgements that are made about what I do.

How would this idea work if you did it?

For one, this makes it much easier to pick up the phone and have my ideas rejected rather than my "˜self' rejected.

And concerning "˜failure' (which is another one of those "˜multi-ordinal words.) if you fail, what exactly failed?

Was it YOU "“ the entire mind body system that supposedly constitutes who you are?

Did those things "˜fail'? Because that is what you are saying if "˜I' am my thoughts-body etc

Was it the YOU that remains even if your beliefs and values change? (I stopped believing in Santa at least two years ago"¦)

Or is it just that your mental blueprint for doing something was incomplete or inaccurate?

You had a missing piece of knowledge.

Something you knew was out-of-date.

Would that be so bad? After all, databases need updating, don't they? We've all had letters for previous tenants or with the name misspelled.

I like to think of my thoughts as tools. Along with my understanding and application of my faith, I want my mind and body to serve me.

Distinguishing "˜I' as director and overseer from the "˜I' who thinks and acts may seem a little schizophrenic to some.

But if you consider that since the "˜recession' started there have been several high profile suicides of very rich people who lost a lot of money – and who may have connected some important aspect of self with the amount of money they had "“ maybe separating worth and doing, worth and possessions is not such a bad idea after all.

Jesus said: "A man's life does not consist of his possessions."

So – do you still think that if I get something wrong the failure is about my worth?
Is personal development still personal?