Our beliefs about the world around us and ourselves can be limiting and can,
in a lot of cases, be unfounded when we question them. This article looks
at beliefs and how they are formed and what we can do to the beliefs that may
be holding us back.

From the day we were born we have been programmed to believe other people's
beliefs. The biggest example of this is religion. I was programmed
from the moment I could talk that God created the world, my parents told me
this, my school taught this, my friends believed this, the church told me this;
everybody believed in God and it was sacrilegious to believe otherwise. 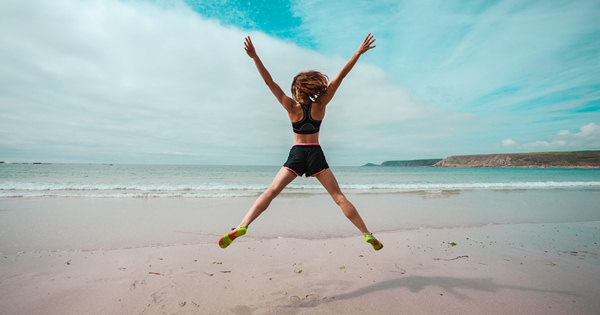 When I was ten years old I asked some of my friends "˜how do you know
there is a God', various answers were proffered from just look at the
grass, look all around you; it proved God created it. I used to look
at them and think that wasn't proof. So I asked my parents and
their take on it was "˜how else could we have been brought into the world
if it wasn't God'. I asked lots of questions and asked lots
of different people even ministers and priests and I did not receive, not one,
single satisfactory answer to the question, how do you know there is a God?. So,
at about the age of 14 I boldly announced I did not believe in God when I was
asked the question, this was met with horror and disdain except from my mother.

The point here is, believing in God was not my belief it was someone else's
and someone else's before them and someone else's before them etc
etc. It was, to me, an outdated belief without foundation. However
far from being liberated by this conclusion there was a gaping hole in my life,
if there wasn't a God what is my purpose in being here, what is anybody's
purpose. I searched for answers in books, in myself, from friends, from
groups of different people and I couldn't come up with a satisfactory
answer.

I still don't have a satisfactory answer to that question and it haunted
me for years, until I started to swing toward the belief that there was some
kind of unified conscious that we could tap into. I had been studying
psychology and particularly Carl
Jung and liked some of his ideas like the "˜collective unconscious',
then I found Edgar Cayce, Dion Fortune, Robert Bruce and theories of the Akashic
records, spiritualism etc. I liked these ideas and I liked some of the
theories although some of them were a bit wild. The question to myself
was, was I just deliberately trying to be different and a bit strange or did
I genuinely believe in the theories? Well the answer is I know I don't
believe in a God of any kind. What I do believe in is a "˜universal
force' that everybody and their granny can tap into should they so wish. I
haven't really voiced this belief as it is my belief and it is not a
firm belief it is a soft belief at best, but it is a base to start with.

Our beliefs help us provide stability in our lives by compartmentalising everything
in order to make sense of the world. As an example if you see a group
of youths on the street, wearing hooded tops and being rowdy a lot of us might
immediately try and compartmentalise these as follows:
youths – loud "“ hooded tops "“ street corner "“ dark
= dangerous = steer clear = fight or flight

This is a very simple example but one that shows where our beliefs lead us
and what actions it prompts us to take once we have boxed all the relevant
categories and then put them together and then formulate a belief.

Obviously beliefs are perpetuated the more we come into contact with that
particular scenario, like the one above.

So a belief can be seen as the compartmentalising of different things together
to form a particular belief, which in turn causes us to act in a certain way.

I used to believe in the tooth fairy when I was really young, and when I found
out that my mother used to put a 10 pence piece under my pillow I was a bit
distraught but I pretended to go along with the belief to get more money. The
only reason I found out that my belief in tooth fairies was not real was because
I saw my mother putting money under my sisters pillows when I was younger. It
was experiential; I knew there were no fairies because I saw my mother putting
the money under the pillow. However, how many of our beliefs have we
questioned in our lives? Not that many I suspect because we have never had
to question them, we've never had evidence to the contrary to cause a
massive shift from one belief to another.

This is a very quick exercise for you to try in your head; it will take a
few moments;

List the things you believe to be true about yourself:

My list would be; intelligent, honest, good looking, a bit overweight, inner
confident, and so on.

Now try to think of each belief and ask where it came from.

For example I believe I am intelligent because I have a degree, I am very
questioning, I read a lot, I pick up things easily etc etc. Now, all
of these reasons are beliefs within themselves e.g. I believe that people who
read a lot is a sign of intelligence, now this is not the case as it would
depend on what the person was reading, so therefore I have to refine that belief
to; people who read, what I class, as intelligent books are intelligent. Break
this down further; how do I know that the people reading these intelligent
books are actually comprehending the words they are reading. So therefore
I have to refine the belief again to; people who read and comprehend intelligent
books are intelligent. Now I have the dilemma of asking what comprehension
really is. We can dig deeper and deeper until we unearth the core of
a belief which is nothing really than a set of other beliefs.

Where does this leave us, does it mean all our beliefs are unsubstantiated?
No, it means if we dig deep enough we may find some of our belief are unfounded
and find they are outdated and do not fit with our lives.

How can we use this knowledge?

The knowledge that our beliefs are not set in stone can be a liberating revelation
and we can use this knowledge to change some of our limiting beliefs about
ourselves and our lives. Analysing our beliefs gives us more of an awareness
of that belief which we can then go on to use in our everyday lives.

Choose a belief that is holding you back. For example I used to have
the belief that I was a bit thick. Unconsciously I questioned this belief
and simply analysed what intelligence was; am I aware? yes; can I comprehend?yes;
can I socially interact?yes; there were a whole load of other yes which led
me to say well I'm not that thick or stupid. So I started to do
things that were more congruent with being intelligent, I joined a chess club,
I read a lot more books I was interested in, I went to university, I tried
a whole host of things to prove to myself I wasn't stupid. Now
the belief that "˜I am intelligent' has been fully installed in
my brain, I do not question it anymore and haven't done for years.

Go through all the beliefs that are holding you back and analyse each one
in turn and see if you can install new beliefs over the old one and start to
act congruently with your new belief.