In the sci-fi film Imposter (based on a book by BladeRunner author Philip K. Dick) the main character goes on the run after being accused of being an 'imposter' alien replicant. He escapes and in the final paragraph of the book finds his own flesh-and-blood dead body – at which point he exclaims: "If that's the real me then…" The resulting nuclear explosion destroyed the surrounding city.

I sometimes wonder if we feel the same thing will happen if we come face-to-face with some aspect of our selves. In a previous article I wrote that 'I' the thinker is separate from what 'I' think about so I'm not going to repeat much about that except to say that a key to mastering what is in this article starts in that one. 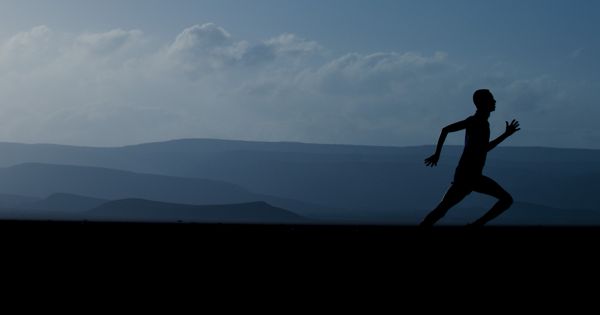 However, I am going to deal with the idea of personal taboos; the idea that there are things we have said 'NO' to in our consciousness, things which we reject, deny, or refuse permission to experience in consciousness. And this can cause a problem.

This post came about because of a situation in which someone I had known casually for a long time asked to get some time with me "“ and I didn't want to. I mean, I really didn't want to and it wasn't easy to figure out why. I didn't call him, didn't answer his calls – and felt really awful.

After a couple of weeks and some prayer it finally came to me that I didn't want to talk to him about my life, and I was sure he would ask me about. I thought that he would make me uncomfortable.

I wasn't running away from him.

I was running away from experiencing an aspect of me!

I didn't want to feel the feelings that came with thinking about talking to him. I had tabooed part of my experience "“ my feelings about the situation.

Another irony is that by refusing to deal with some aspect of my mind-set I was dis-empowering myself and preventing growth in that area.

I believe our brains are designed to take protective measures against thoughts and feelings they deem will 'harm' us. So whilst the positive intention is to help us, the longer term effect of tabooing IS to harm us.

We are designed to be able to experience the full range of emotions. Yet we have learned to frame certain uncomfortable feelings as 'bad', 'evil', not 'acceptable'.

There are various ways on the personal development marketing of dealing with emotions: EFT, TFT, Emotrance, and the Sedonna method are some.

One of my personal favourites is called Dragon Slaying and there are 5 (interchangeable) stages to it. One of the most powerful is to do with the granting of 'permission'.

This is not a concept I've found in NLP but it is important. If life truly consists of what we say 'yes' or 'no' to – then permission allows us to welcome things back into our lives that we once said 'no' to.

You may raise the objection "“ what if I don't want to welcome THOSE thoughts and feelings back into my life? Give me a good reason I would want to.

Uncomfortable feelings are part of our everyday life and experience. They're never going to go away "“ ask Susan Jeffers who wrote Feel the Fear and Do it Anyway.

There's a saying that 'energy goes where attention' flows. First, you are still using emotional-mental energy 'repressing' your thoughts of the 'white elephant in the room of your mind'. And you're still going to feel uncomfortable so you might as well just take control.

Second, if you believe Victor Frankl (who survived a German concentration camp to create the psychoanalytic field of Logotherapy) then purposefully welcoming in your unwanted thoughts creates the helpful process of paradoxical intent.

Paradoxical intent occurs because it is paradoxical that embracing, and accepting painful thoughts actually reduces their power. The act of invitation actually puts you in the position of power!

Learning how to do this increases your emotional intelligence (EQ) and your ability to be self-controlled and alert to opportunities.

I know this might be hard to grasp but it is part of the interfacing effect of purposefully using your self-reflexive consciousness, your ability to think about your own thoughts.

Do you want to try it?

Bring that to mind and also think of your most authoritative voice, like one you might use with a child who has to do what it's told?

. Say to yourself [in that voice] : I give myself permission to experience x because it's only an emotion.

. I welcome in x because it's just a feeling, just a thought.

. I embrace x because I want to master the experience of having it. It does not have me.

You may have to repeat this statement 10 -20 times at first. You need to focus on the feeling. And it may feel a bit weird. Sometimes you'll feel an energy moving down your body each time you repeat the saying.

I decided to say to myself: "I give myself permission to experience all of my emotions." It worked, and I feel freer and more empowered than ever. I will probably make my phone-calls as well. Yippee!

BTW – why is this post called the Running (wo)man?

In the book The Running Man, the main character (after lots of running!) ends up flying a jumbo jet into a tower block as an act of revenge on his nemesis.

Personally, I'd rather deal with my emotions. It's safer.