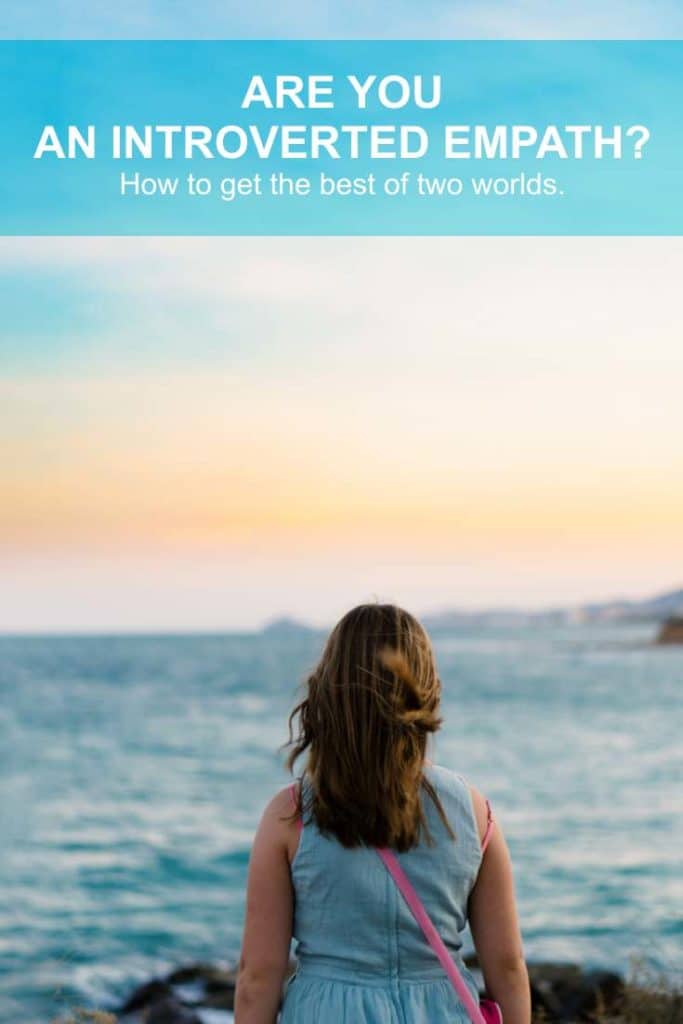 It's a strange thing being an introverted empath and something I have thought about and researched for years.

As I was growing up I thought I was different, I thought there was something wrong with me.   I never seemed to fit into any crowd or belong to a particular group of people.

I got bored easily of people's company and seemed to see right through people.   I preferred deep and meaningful conversations, even as a child.   I asked the big questions and sought out people who had the answers.

In my teens I tried oh so hard to fit in.   I was trying to force myself into a personality that wasn't me.   It seemed to work okay for a few years until I realised "This just isn't me"

Then I discovered something….

I wasn't weird, I wasn't strange, in any way, I just preferred my own company over other people's company.

I could happily be by myself for hours on end and still never get bored.   I would read, I would watch interesting movies, I would be with my family.

For a long time I thought I actually hated people, except those close to me, but it wasn't that i hated people I just hated the shallow chit chat and the social awkwardness of being in the company of people I didn't truly know and always retreated and spent time alone.

This was strange in a way as some people viewed me as standoffish, or a snob, or 'weird'.

I didn't mind the people…

Then I realised that not only was I an introvert, but I was also a natural empath.   And then things changed.

As a 48 year old adult I have come to accept that awkwardness of getting to know people and see myself as somewhat of a master of the social chit chat, in fact the only thing I have to do is ask the person lots of questions about themselves.

This is a strange phenomenon as well.   When I am out in a big crowd everyone thinks I have been interacting and socialising all night and been very talkative, when in actual fact I have only been asking questions of the people I am in the company of.   And that suits me fine.   People no longer see me as weird, or a bit strange, they see me as very social, when in fact all I do is ask lots of questions and in a subtle way because people, in general, like to talk about themselves.

Occasionally I come across people who I really like and we go on to form a friendship and usually that friendship lasts for years but that is few and far between.

I used to think I hated people, I could see through them, feel their emotions, and that is part of being an introverted empath.   You'll find a lot of introverts are empaths and a lot of them think they don't fit in somehow, but it's nothing to do with not fitting in, it's about becoming overwhelmed with the emotions of others and also not liking the shallow chit chat conversations that seem meaningless.

When we learn as empaths to protect ourselves we can become a lot more social, if we want, and have the best of both worlds.

I still love my own company but I no longer fear the social occasions I used to as I know how to play the game and I know how to protect myself as an empath.

Are you an introverted empath?