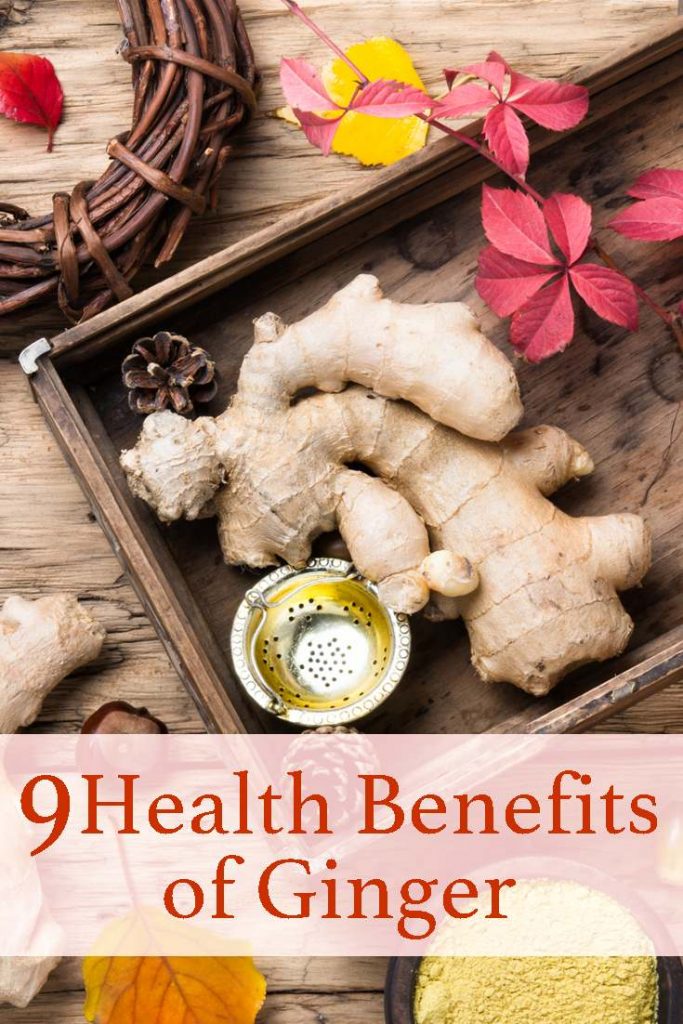 Ginger can grow and survive in all parts of the world due to its perennial nature. It is mainly grown in the warmer parts of the world because of the long time span it takes to grow and mature. Many people in the cooler regions where the summers are short have come up with a way of growing this perennial plant. They grow the ginger in pots in warmer rooms such as the kitchen.

Scientific research has regarded ginger as an effective remedy against different kinds of diseases over many years. Constant studies and experiments have started to reveal the amazing benefits associated with ginger beside being a great remedy to many illnesses. Below are 9 health benefits of ginger you can familiarize yourself with;

Ginger usually has calming properties since they enhance blood flow as well as proper circulation in your body. It is also a blood thinner, meaning that they assist in lessening the thickness  of the blood, therefore, improving the blood flow to all of the body tissues. The good circulation of the red blood cells brought about by ginger is due to the active minerals and amino acids found in this herb. This also helps in reduces the chances of cardiovascular diseases

Ginger is a powerful anti-cancer agent with the ability to destroy cancerous cells without posing any side effects on the body. It contains volatile oils referred to as gingerols. According to studies, these oils act as antioxidants which prevent one from cancer. Among the types of cancer which can be cured by ginger include; breast and skin cancer, colon and ovarian. 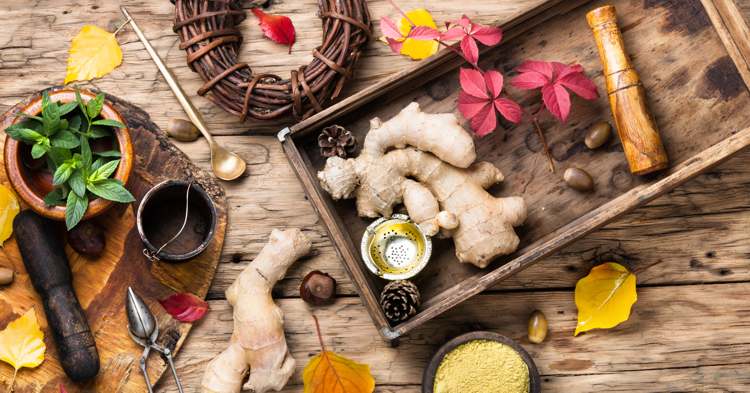 In the modern society, Asthma is categorized among the killer diseases, more so in developing countries. People suffering from this inflammatory disease experience difficulties in breathing since their airways are obstructed. Ginger has many anti-inflammatory properties. Asthmatic individuals are usually advised to take ginger regularly to reduce the inflammation so that they can breathe more easily. When inflammation levels go down, the production of mucus is significantly reduced.

Ginger helps to strengthen the immune system and reduces your vulnerability to common ailments and autoimmune diseases. Common ailments include allergies, fever, common cold among many others. Ginger is known to poses antioxidants which help in boosting the immunity, fight against free radicals and prevent illnesses such as cold and flu. The antioxidants play an important role in helping the body tackle and prevent diseases such as cancer, heart diseases and Alzheimer’s. Hence, ginger is both a cure for these diseases and security towards their attack.

People suffering from respiratory disorders such as cold and cough are advised to take a warm cup of ginger tea daily. Ginger tea helps to expand your lungs and loosen the phlegm to help recover from breathing difficulties. A warm cup of ginger tea will also appease constant sneezing and allergies that may come about due to severe fever.

Vomiting and/nausea problems are miserable to everyone when they come by. Studies show that ginger is effective to relieve the stomach from different causes of nausea. The nauseous feeling can arise in different ways; the feeling can arise from morning sickness, intoxication, sea sickness, anxiety or stress, food-borne illness, surgery or even chemotherapy. All these symptoms can be calmed and eliminated by ginger. The simplest and popular way to ingest ginger for this benefit is drinking ginger ale or ginger tea.

While using ginger, your body will be undergoing through the detoxing stage and thus increasing body odor temporarily. But in the long run, it will help you eliminate body odor. Ginger contains antioxidants which help to release the toxins in your body.

For quite many centuries, ginger has been known to relieve digestive problems like for instance cramping, bloating, heartburns, gas, and diarrhea. It is also a stimulant to the gall bladder, salivary glands, overall gastrointestinal and as such encourages healthy digestion. As a stimulant to these digestive system parts, it increases the amount of bile that is produced by the gall bladder and the saliva produced. In general, it helps process and moves food materials all through the digestive system thus preventing the buildup of painful gas.

Many people try to avoid pain as much as possible due to obvious reasons. Ginger can relieve you from pains induced in the body in different ways. People suffering from arthritis pain are normally advised to use an oil obtained from ginger as it helps in relieving arthritis pain. They can rub the oil naturally on their skin. Ginger is also a natural blood thinner hence it can be used internally to relieve people of headache pains. In a liquid form, ginger can be consumed and helps soothe the pain of a sore throat. Finally, ginger is a great digestive aid, it reduces the pain associated with bloating and flatulence.

Ginger is definitely a healthy herb to use and no side effect of it has ever been noted. Health specialists suggest that one should consume a maximum of six grams of ginger per day. Ginger can be packed conveniently in many forms, which is another benefit for you. You can shop for ginger either in powder form, capsulated ginger and fresh ginger roots from the market. If you are a lover of natural organic remedies, you definitely need to put ginger in your collection of natural treatments. The Chinese have always been aware of the health benefits of ginger and modern science is finally catching up. Ginger might even be having other benefits which we are not aware of any further studies can be very useful. What we already know is very helpful. So flavor your foods with ginger and experience the remarkable benefits.