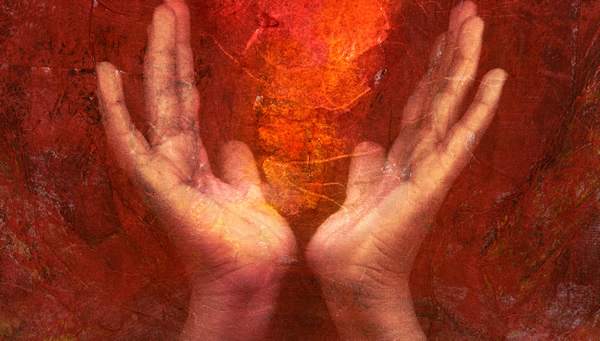 All my life I have been a bit strange, or that's how other people described me.  For the longest time I felt I didn't belong here on this earth, it wasn't my time to be alive, the jacket of life just didn't fit me and I had no way of altering the jacket.

As the years went on I realised I was a little different, but came to embrace that strangeness, that feeling of being a little weird, until I really found out what was going on.

I felt the emotions and feelings that others around me were feeling.  It left me feeling a little confused 'What the hell is wrong with me?' I would often ask myself.  But when i found out what was really happening i just accepted that i felt other people's emotions and pains, and yes sometimes i felt their physical pain as well.

I am an empath.  I know, I know, it sounds a little cooky and weird, but I've accepted it and it doesn't really interfere with my life except it makes me more empathetic towards other people around.

When I'm not with my family I prefer to be alone, writing, reading or doing something creative and that's to shut out all the conflicting emotions of the people around me.

So I decided to write this article, partly to see if there were other people like me and partly to give advice to other people who may not know what is happening to them.

7 Signs That You Are an Empath

1. You can't really watch soaps or dramas on TV without feeling very emotional about what's happening in the storyline.

For a long time I couldn't figure out why I loathed watching soap operas so much, but on the odd occasion I sat down to watch them with my wife, I would always feel the emotions of what was happening on screen.  It was a strange feeling to feel connected to actors who were pretending at feeling certain things in different situations.

Now I know this is going to sound nuts, but I often experience my wife's physical ailments, long before she even tells me about them.  I have also felt pain for no apparent reason sometimes, and called round my family to make sure they're okay, only to find out they're suffering from the same physical pain as i was experiencing.

4. You can tell immediately if someone is trustworthy or not

We all get this sixth sense when we meet someone, and we make almost immediate judgements.  We do this to protect outselves, it's the old mamalian brain using it's instincts to protect itself.  But I know immediately when i am being lied to, when someone is being honest and if someone is genuine or not.

5. Feeling compelled to take care of others

This, to me, seems a natural thing to do, but a lot of people don't have this compelling need to look after others, it's not part of the human makeup as I had first thought when i was younger.  Even when others had hurt me in some way, i still wanted to make sure they were okay.  Don't get me wrong, I honestly believe I could kill, if someone seriously hurt my family, I'm not a 'turn the other cheek' kinda guy, but there's still that need to care for others.

6. You seem to have an energy that draws people to open up to you

I've always had people open up to me very easily,  and I am very open as well.  I don't mind speaking the truth when it's called for and I seem to get more respect for being totally honest, and others naturally gravitate towards me.

7. You feel you have a power to heal without speaking about it

this is a hard one for empaths as we often feel we are being delusional.  however a lot of empaths feel they have the ability to heal others physical ailments.  Again I often say to my wife that i will take her pain away on the odd occasion she feels it, but she hardly ever lets me do it, as she doesn't want me to have the pain.

Now I've read that back it all sounds a little out there and it's the first time I've really spoken about it.  I would love to hear your thoughts on the above and hear your stories about anything related to being an empath.