You're about to see how an office worker used a 5 step process to make the decision to leave her "˜safe' job and create a more fulfilling life for herself. I'll walk you through the steps she took so you can begin to prepare yourself to get similar results.

Gabby had been working in customer service for an online retailer. It was what she called a "˜safe' job – she'd been doing it for a while, she knew the ropes, she enjoyed the banter with her colleagues and it paid the bills. But in as much as she could easily do the job with her eyes closed, she'd been desperately wanting to leave for some time because she knew the job wasn't moving her on in any way. Gabby had also trained in sports massage and her ultimate goal was to work for herself as a massage therapist. She already had some massage clients and enjoyed doing this work much more than her office job but because she felt so stuck, her motivation and confidence were at an all time low that she was even beginning to question her ability as a massage therapist.  Here are the steps she took to create a more fulfilling life for herself: 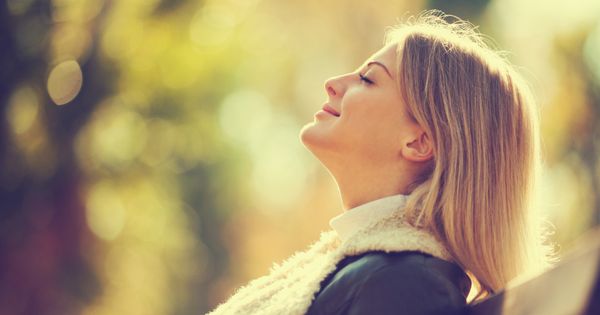 The first thing Gabby did was to clarify exactly what she wanted to achieve and why. This is critical because when we feel stuck in a rut, it's quite easy for us to say we'll settle for anything that'll get us out of it. But unless we're really specific about what we want and why, we risk going for something that seems great at the beginning but ends up being just as bad or maybe even worse than what we left behind. So Gabby started by asking herself three key questions: What's important about what you do now? What would you rather be doing? And: what's important about what you'd rather be doing? By asking herself these questions she was able to be more honest with herself about what she needed to feel less stuck.

After identifying what was important to her about her current and preferred state, it was time for Gabby to recalibrate what I call her 'Personal Positioning System'. This is like your personal GPS and it should always bring you back to your centre. It's about understanding what you value in different areas of your life (relationships, family, work, your living environment, wellbeing and happiness) so you can start embracing these values and live a more authentic life. For example, if you say loyalty is important to you in relationships, you may want to question whether you're willing to put up with a close friend who you've discovered has been spreading rumours about you behind your back. Or if you say being autonomous is important to you at work, you may want to ask yourself whether going for that promotion and working for a boss who's known to micro-manage is really worth it.

Another vital step Gabby took was to reconnect with her passions and interests. Often when we feel stuck, it's because we've been living on automatic pilot for so long that we've ignored or neglected the things we really love and enjoy doing. By using the Hidden Treasures Formula, Gabby reconnected with two of her earlier passions in life – playing a musical instrument and drawing. Because she'd been so caught up in the frustration of her "˜safe' but dead end job, both these passions hardly figured in her life. Once she gradually started reintroducing them into her life, not only did she begin to feel happier and more content, but she was also more able to explore other opportunities. Doing things she truly enjoyed and loved opened her up to feeling less stuck and being honest with herself about what was really stopping her from leaving her dead end job.

The fourth step Gabby took was to work on and question her beliefs about herself, her life, how she made a living and (in her words) "seeing how changing these suddenly made so many more things possible." For Gabby this was, and still is, both the toughest and most helpful part of the process because "it's going to make you question lots of things." It's always better to do this step with the support of a good coach or therapist but you can start off by identifying and questioning the beliefs you grew up with: where did they come from? Were they even yours to begin with? If they weren't (and quite often they aren't), do they serve any purpose in your life now? Do you really want to keep those beliefs? And if not, what would be better beliefs to have now? Remember, you can update your beliefs – they're only set in stone in your head!

After working together on an action plan (the fifth step), in six months Gabby was able to "work through things, finally make the decision to leave and actually do it". Gabby now works for herself and according to her: "I definitely have a lot more job satisfaction and feel like I'm actually being myself".

What about you? Are you looking to create a more fulfilling life for yourself? What are you struggling with at the moment? Let me know by leaving a comment below.

Jackie Mendoza is a change coach, author and seminar leader working with people who want to relaunch their lives, careers and/or businesses. If you're looking to make a start on creating a more fulfilling life for yourself, you can download her Outcome Frame Technique here. You can follow Jackie on Twitter or connect on Facebook