"The smart way to keep people passive and obedient is to strictly limit the spectrum of acceptable opinion, but allow very lively debate within that spectrum…"
Noam Chomsky

Have you ever been working for an autocratic boss? Chances are high that you have, maybe without even realizing it at first. The business world is filled with authoritarian leaders. They might be ruthless, but it cannot be denied that they get things done"”one way or the other. Here's how they manipulate their employees to peak performance, mostly without even considering the feelings of their inferiors. 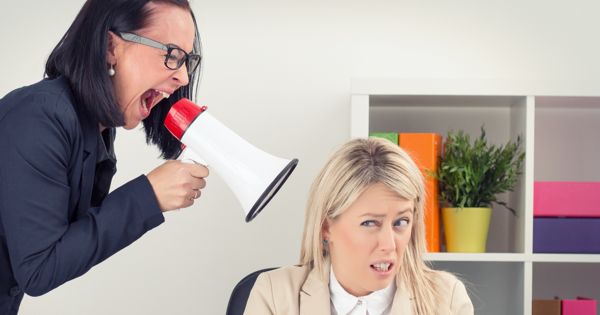 Working for an autocratic boss can be a real struggle. It feels like a horrible ride in a roller coaster that you cannot seem to escape.

In the past, I've had the "pleasure" of having to work for two autocrats for an extended period of time. Even though it was tough at times, I could gain some pretty interesting insights into their attitude and behavior.

A common misconception about autocratic bosses is that they openly behave like evil dictators. I would say, sometimes the contrary is the case in the modern business world. The leadership style of autocrats has adapted. The modern autocrat might even come across as charming, friendly, respectful and seemingly carrying.

Only when you catch a glimpse behind the curtain of their character you'll notice that these leaders do not really consider your feelings and needs. They pretend to listen to what their followers have to say, while they already fully know what they want to do. These leaders rule with absolute and authoritarian control over followers. Generally, workers do not have any substantial power.

Here's how authoritarians but also charismatic leaders manipulate you to be more productive:

Wherever my former boss went, he seemed to be surrounded by a mysterious, but intriguing aura. Rumors about his acts of heroism were spreading on the office floors. In short, the employees looked up to him as a wise benefiter of the company. They adored him, willing to follow wherever he led.

Interestingly, my boss wasn't at all concerned about these rumors, even though they were highly exaggerated. In fact, he used them to carefully build a cult of personality around himself, allowing him to increase his inferiors' willingness to perform.

Originally, the concept of a cult of personality was being used and abused by dictators. Establishing an idolized and heroic image helps leaders of totalitarian regimes to justify their radical actions. The cult of personality helps dictators to be perceived as benevolent guides that transform the nation, without being seen for what they truly are.

What can you do about it? Judge your boss not based on appearance, rumors or the flowery things he or she says. Instead, form your opinion based on the actions of your boss. Try to find out how much weight your boss places on the opinion of others. Doing so will help you to figure out for yourself if it is worthwhile to work for someone who does not consider your feelings and views.

When you're tired you're more likely to meet poor decisions. Your willpower to oppose contrasting opinions wanes and your decision fatigue will make you more obedient and submissive. Manipulative bosses know exactly how to exploit this state; it increases their productivity at making their employees do what they want them to do.

Leaders of this category will arrange meetings that start late in the evening, when you are already tired from daily work. In these meetings, they will use the employee's inability to reach a mutual decision. Also, they will delay making an unpopular decision until everyone is willing to accept any decision just so they can finally go to bed.

What can you do about it? Try to find out in which situations and how your boss exploits your decision fatigue. A good understanding about your bosses' tactic allows you to be better prepared for it. You can even turn the situation around, by spotting your bosses willpower slumps.

My former boss had a knack of convincing employees into thinking that they are "professionals," and as such valuable assets of the company who were expected to work long hours. It's a strategy to manipulate employees into unpaid overtime. Sadly, it works really well. Bosses who are able to get their employees work an extra 10 hours a week have a total of 25% more workforce at their hand, without having to hire.

Bosses might even justify the unpaid extra work as a consequence to competitive threats or industry standards. In the end, however, they make you work longer, which significantly increases their profit margin, without you ever seeing anything of it.

What can you do about it? Realize that your salary does not increase with the time you spend at work. Unlike professionals who operate their own businesses, you do not reap the fruits of extra work. That's why you have a contract which specifies how much you are being paid for how many hours of work.

From time to time some employees are rewarded, while others are punished or even laid off. Manipulative bosses use these opportunities by dramatically exaggerating these events to set an example. Making sure that everyone in the company knows about it helps them to get their message into everybody's head: "I have the power to reward and punish, so choose: do what I tell you, or suffer."

What to do about it? Even though you cannot prevent your boss from setting dramatic examples, you can still control the way you respond to these events. Always keep in mind that these examples are being set with the intention of manipulating you.

I'm curious, how do you make sure bad bosses do not manipulate you?

Steve Mueller is a blogger who strives to inspire others to stand in their own sovereignty. Subscribe at his website Planet of Success to get the best strategies and tricks to make the most of your life.
Facebook