You are a black swan, a one in a trillion possibility that came to exist backed by millions of years of evolutionary tweaking. Your brain had advanced at one point with the ability to always self-improve. Your actions are the extension of your thoughts and beliefs, which are actually upgradeable software that can be readily replaced to serve your purpose.

However, the brain only provides the upgrade when it deems it absolutely necessary. So when you predict you'll struggle in taking a particular action, the trick is to put the brain in the situation first without thinking ahead, otherwise excuses will come that can rob the brain of the chance of getting engaged in the first place. The brain will then be awake and motivated to solve whatever problem is in front of you. 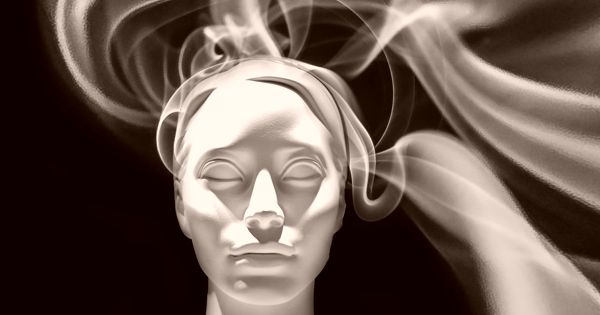 But what if jumping straight into the situation is not enough, and the brain refuses to take the action you want by coming up with negative predictions and excuses? This is where most people stop. But the objections are actually the engaged brain telling you which part of it is impeding your taking action. All you need to do is take a note of those objections, then replace them with thoughts that facilitate and bias action-taking. The normal approach is thinking "how can I do this?", where the deeper approach is asking "what do I need to be thinking, so I can do this?". You nearly always know the right thing to do, but you also need the brain to come onboard. To do this, try the 3 steps below:

Put yourself in situations without thinking ahead, and attempt to take action so your brain is engaged to solve your challenge.

If you didn't manage to take the action, observe what thoughts and excuses your brain came up with during the situation.

Criticize the reality of those thoughts, and replace those with alternative thoughts that help you instead.

Repeat the steps as many time as necessary but don't give up until you get the results you want. Each time you execute the steps, even if no external action was taken, internal changes would have occurred; and soon enough pieces of your brain will click into place to naturally produce the action you wanted, because now you have an ecosystem of self-directed thoughts that all point to the direction of action taking.

If you feel the new thoughts you come up are not "realistic", realize that this is both not true and missing the point. Ultimately, everything is subjective as it is interpreted and filtered through the lens of each individual person. There is no objective reality, at least not one that is relevant to you in the context of taking action. Do what you believe is necessary and beneficial to you in your own reality in which beliefs and rules are set by you only to support yourself. There is always a way to flip thoughts around to work in your favor. If a thought gets you ahead, use it. If a thought hinders you, torch it immediately. As long as you have a clear objective, the brain was designed to use whatever that works in accomplishing it.

In life, you are the orchestra and you lead yourself.

Finally, if despite changing all the beliefs, you still feel a great reluctance to action, there is one final method: the Just-do-it method. If you're still thinking about something after a long time, it's worth you doing it so there is no room for regret. Go against all the "logic" and "risk vs. benefit" thinking and just do it. You will feel much better afterwards guaranteed.

Daniel now dedicates his time in self-development by trusting his first-hand experiences and forming his own take on the world. He tries to remember the shortness of life every day in order to focus himself on doing what's important on a personal level instead of the seemingly urgent.