I don't know the exact number, but I am guessing that there are probably millions of creative people in the world who aren't going after their creative dreams. Instead, they are living a life that doesn't fulfill them, but they remain in it because of various fears they have. They tell themselves they have to live a certain way and they end up regretting a lot of things when they die. Or as my literary friend Henry David Thoreau states below,

"Most men lead lives of quiet desperation and go to the grave with the song still in them."

That's a terrible way to live. I know that because that had been my life.

Some of the things I regret from my past are not believing in myself whether it be in my writing, my work, and my personal life"”such as not being confident while dating. 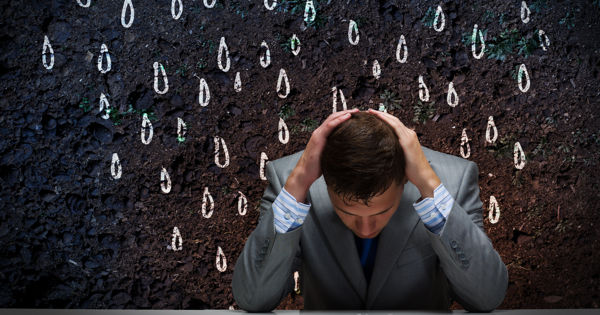 I wasn't confident in these things because of fear"“fear of rejection, criticism, ridicule, failure and more. And this fear has caused me to be less successful in my life than I would like to be.

The reason I believe this is because I have read a lot about people who have achieved a lot and most of them live with fear, but they push through it and do things anyways. I use to not do this, but the thing I learned about myself is that I want to be one of those people.

And I am starting to be one of those people day by day. I'm breaking out of it one small step at a time. It is difficult as hell, but it is well worth it.

One of the major things that has been helping me is that I've been remaining aware of and embracing the following three harsh realities about life.

You Will Die Along With Everyone You Care About

This fact of life scares a shit ton of people. I know it is my brother's biggest fear. It is something that people try hard not to think about. They make sure they are always distracted or they tell themselves that a certain belief they have is 100% true, which makes them feel in control and secure. It makes them feel better in the moment.

Do not do this.

You are probably wondering how can embracing the fact that you and everyone around you will die help you be more less fearful and more creative and confident?

It will help you start being more present in your interactions with others. I've started to really appreciate the time I spend with my family and friends now because I remember that time is finite. It will end at some point, and I don't let the fact that I will lose them freak me out.

I'm not in a rush for things to have to be now, now, now, and at the same time I'm aware of how precious my time is, which has helped me not waste as much time on things that don't matter and that I will regret later on.

I do feel sadness sometimes because I have wasted a lot of time on various things that were pointless. The reason for this is because of getting stuck in thoughts regarding fear of failure, others' judgments of me, and judgments of myself.

I work on fighting those things back by reframing my thoughts into more positive and effective thoughts. I also remind myself of the five regrets of the dying that the palliative care nurse Bonnie Ware found,

1. I wish I'd had the courage to live a life true to myself, not the life expected of me.

3.  I wish I'd had the courage to express my feelings.

4.  I wish I had stayed in touch with my friends.

5.  I wish that I had let myself be happier.

I don't want to be a person who has those regrets and I don't want you to be either. That would suck.

Embrace the idea that you could die today and start doing things that you really want to do even if it frightens the shit out of you. Don't say, "I will begin tomorrow" because you may not have a tomorrow.

Everything is Constantly Changing

We feel safe and secure when things are consistent. We stay in situations because "it is what we have always known." We don't embrace change. We fight against it. We look into the past and glorify it and say those times were better.

Many people look at others who are different and cringe. They don't say, "How interesting? Tell me more about yourself and your past." Instead, they try to force the other people to submit to their will.

The irony of this is that humans are fucking awesome at adapting to new circumstances.

At the bare bones of things we are change. You are not the person you were a year ago. You have undergone many new experiences that have altered you in various ways. Cells have died and so much more. We are change, yet many of us despise change.

Many of us think we will hate new things. We avoid new experiences because of various fears, yet when we do it, we frequently find that we adapt fairly quickly, and enjoy the new thing.

Adaptation happens because we are programmed to survive. If a situation requires someone to change, they usually will. They will become comfortable in the new situation and embrace it.

A quick example, have ever had an ex where you thought you could not live without? For the majority of people, and hopefully yourself, you ended up eventually moving on from this person.

So there is this weird dynamic in life where we hate change and try to avoid it, and at the same time we are pretty damn good at adapting to new things.

Being aware of this dynamic is important because it can serve as a reminder to push through your fear because, knowing that it will become a little easier over time. This is important if you are trying to be creative because you need to be constantly trying new things if you wish to remain creative.

As the old clique goes, "Leap and the net will appear."

People Will Hate It And You No Matter What You Do

No matter what you do, someone will hate you and what you did for some reason.

You could create a cure for cancer and some fanatic religious person will hate you because they think medicine and science are the devil. If you are part of Western society you are already hated and would be murdered by that organization called ISIS.

I've spent many a night staring off into space, frozen by anxiety because I felt that I couldn't do anything because I didn't want to upset anyone. It sucked.

Don't let that be you.

Do what you want creatively, whether in business or the arts, accepting that some people will like it and some won't. Don't try to please everyone. Get criticism from people who you respect and who you know have expertise in the field. Don't listen to internet trolls, and don't let yourself live with regrets.

Many people who have achieved their big goals recognized that no one remembers the critics.

Remembering these things will help you be more creatively free and to be more authentic. I know it does for me (though I forget at times, aka it is a learning process).

Let me know what truths have helped you to improve yourself.

Michael Sosnowski is a, novice photographer and lover of quotes. Check out his website Quote Paradise or his free stock photography website