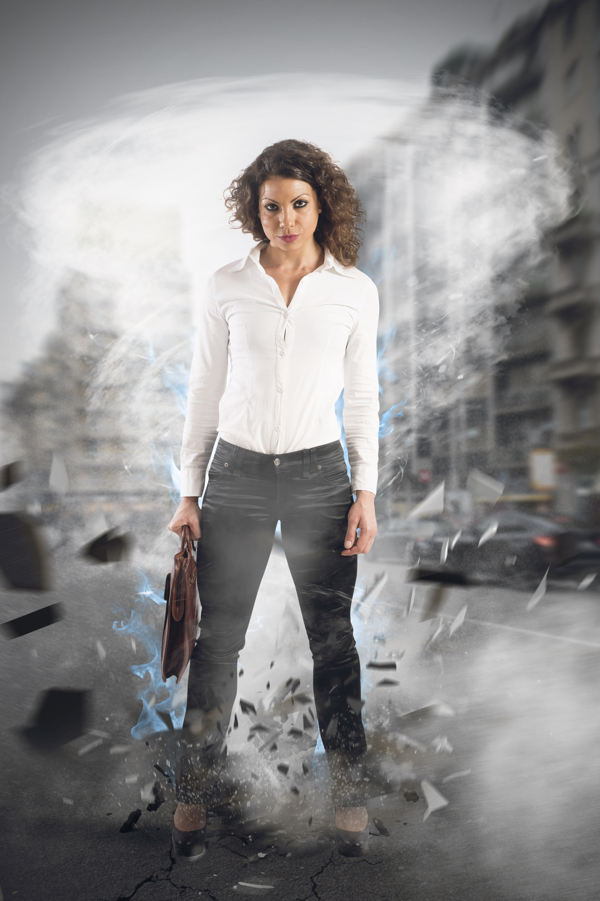 Too many people are trying to reach their dreams without knowing what it takes to climb up the Everest of their own personal achievement. Such people look at their heroes and hope that one day they will be the same type of person. But they rarely ask themselves what that would take, and because of that, they don't understand one thing: to get the results that successful people have, you have to do what successful people do. And to have unusually successful results, successful people have developed some "unusual" mind habits.

Research like that carried out by Angela Duckworth on 2,441 cadets from the United States Military Academy at West Point shows us without any doubt that our mental toughness is by far the most important element of success in all areas of life. Without "grit" (mental toughness), none of our heroes would be so successful. 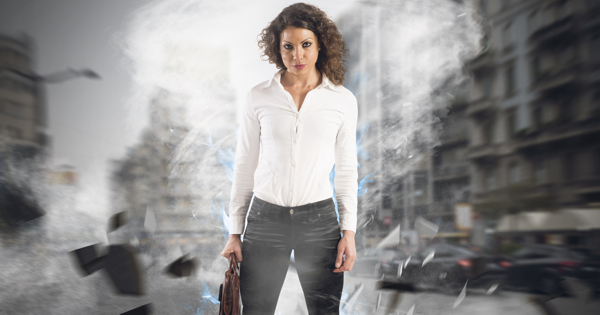 That being said, let's look at the unusual habits of these mentally strong people.

1. They assume everything will work out for the best, but they are always prepared for the worst case scenario

Ordinary people find this idea hard to digest, but mentally strong people understand that you can think positive while also are preparing for negative results. They actually like to admit to themselves that there's a big chance they could fail and they are ready to assume the risks. Doing so, they give themselves permission to work without unnecessary pressure, they are more aware of danger and possible mistakes, and they will recover faster if they really do fail.

Of course, this tactic takes practice and a good understanding of the next habit.

2. They love the feeling of being scared

For mentally strong people, fear equals possible growth by getting out of the comfort zone.

While most people run away from their fears, mentally strong people run directly to their fears because they adore the feeling of passing through those fears and achieving the results hidden on the other side.

They know that most of the time those fears are nothing more than recognition of the fact that there is a new or a hard situation that they have to overcome. But, as any athlete knows, only hard training gives us "gold medals."

And if they can't move through those fears, a situation that does sometimes occur, mentally strong people have developed a very powerful habit I describe in my article, Reversing Fear, available on my Facebook page.

3. They deliberately expose themselves to different types of pain

The reason is simple: "The more you sweat in peace, the less you bleed in war." For example, Amelia Boone is a woman who usually defeats the majority of men who compete against her in obstacle course races. She has won more than 30 victories and 50 podiums, and in the 2012 World's Toughest Mudder competition, which lasted 24 hours, she finished 2nd OVERALL out of 1,000+ competitors. Amelia said in a Tim Ferriss podcast that she has made a habit of training in the worst conditions she can find.

4. They are addicted to challenging thinking

Let's face it: the ordinary person is not a big fan of challenging thinking, and the divertissement industry is the first place where you can learn that. That is the reason we have stupid simple shows and we follow TV "stars" like the Kardashian sisters.

But mentally strong people are literally addicted to books, games, movies, ideas, and situations that make them sweat while they think. Thinking is their supreme pleasure and the harder they think, the better they feel.

So if you want to reach their level of success, you have to love challenging thinking as much as they do. If not, you will get blocked at the first obstacle that makes you think more than usual.

5. They avoid thinking about things that aren't in their first circle of action

The fastest way to lose your focus, time, good attitude, and energy is to think all day long about things you have no immediate control over. Did you hear about the recent terrorist attacks in Europe? I am a European so I of course heard, but the fact is, our politicians and other public servants work to resolve such situations and maintain the peace. The best way I can help our society is to fulfill my own role as best as possible. If the world ever needs my help, I am sure I will know.

So the next time you see a man who you think is ignorant because he doesn't know what happens in this world, think again. In ten years, maybe that man will become the next Bill Gates and then he will be able to make more changes than most of the world's governments.

For that reason, mentally strong people are very flexible and are constantly adapting their life course to new conditions in the river. They have open minds and are ready to take on the opportunities that every change brings.

7. They have simple needs, even if they have gigantic dreams

Here's the thing: if you must drive a fancy car, eat at a classy restaurant every day, live in a big house, and wear expensive clothes to feel good, chances are you will never be capable of doing big crazy things. You don't have the grit to do what you have to do for long periods of time if your immediate needs aren't satisfied. I don't say that mentally strong people don't like all the luxuries"”even though there are some examples of billionaires who live very modest lives"”but for most of them, luxury is far less important than doing what they love to do.

8. They are very greedy with their time and energy

Every time you talk with a person who has failed in many areas of life, you will hear them complaining about things that weren't in their control, like crises and other such situations or conditions. And they are right! We can't control many important aspects of our lives, but we sure do have control of our most important resources: time and energy.

Do the majority of people have strategies for wisely using and multiplying those two resources? I bet they don't.

Mentally strong people invest those resources ten times more carefully than they invest money. It is far easier to make more money than to make more personal time or energy. Thinking of the smartest ways to invest those assets is a daily habit of successful people.

9. They love to make weird friends

In a world where being socially accepted by an unhappy and unhealthy society is the greatest advantage of being normal, mentally strong people find that being classified as weird is actually a good thing. So they gravitate toward other people who also carry that stigma on their shoulders, because they know that only together can they make this world a weirder and better place to live.

The best part of having weird friends is the fact that you don't feel society's pressures to do things one way or another; for weird people, there are no good or bad ways, there are only multiple ways to do different things. Surrounded by those kinds of people, you'll experience a boost in your creativity and mental power.

So the next time you see a weird person, try your best to get to know them and maybe make a new friend!

10. They always try to learn from failures

Do you know why you don't see too many newspaper articles, movies, or books analyzing failures? It's because failure is not a very popular subject.

Nobody talks about the second place "runner." No matter what kind of "race" we are watching, all eyes are on the winner. I am not saying that we can't learn valuable lessons from the winners, but mentally strong people know that every champion owes their success to two factors: 1) what they did well, and 2) what they didn't do.

It's easy to see what a champion does well, but it's not so easy to know what they didn't do. And that is the reason mentally strong people are always trying to learn from failures (theirs or others').

That's also the reason they treat their failures with a calm and even a positive attitude.

Because mentally strong people don't try to please everyone, they don't give a damn what others think about them. They rarely make decisions based on other people's expectations; and because they don't feel the world owes them anything, they often seem to be self-centered. And maybe they are.

But that attitude is also responsible for their power to create more innovations for society than those who are only able to adapt to what society expects of them.

Mentally strong people understand that their competitors can be their greatest teachers. Sam Walton, the founder of the Walmart empire, spent more time than any other man in competitors' shops all around the country. His aim was to learn from them, even when their companies were smaller than his.

But to have the ability to learn all you can, you have to give your competitors some form of respect, even when they are only starting out. And if you read Sam Walton's book, you'll see that is exactly what he did.

The more you respect them, the more you can learn from them and, in some cases, they may even be happy to share some of their secrets with you. We all like to teach when we see that someone is listening carefully.

As I wrote in Be Your Best Self! Five Powerful Habits of a Mentally Strong Person, the way we manage self-talk is crucial to establishing new habits, destroying bad habits, and persevering with the good ones.

That is the reason that mentally strong people schedule daily time to talk to themselves. If we leave that conversation to the mercy of daily events, the quality of that conversation with ourselves will be pretty low, possibly even quite negative. If you want to reach big goals and establish high-return habits, you have to schedule daily strategic conversations with yourself. You can read much more on that subject in my book.

Being a mentally strong person may be cool or fun, or it might be hard or even impossible sometimes. But there's no disputing that all people should give it a try, because it comes with great satisfaction and rewards.

Paul Melinte is a personal development coach, blogger, and marketing consultant in Romania. He helps people to transform their thoughts and actions so that they can manage their life energy in a smart way. Paul believes that by developing themselves in this way, people can live better lives, reach their goals, and achieve more of their dreams. He also currently helps Romanian entrepreneurs to get more clients and make more sales. Beginning in childhood, Paul developed a great passion for books. He is one of the principal Romanian proponents of reading and personal development, with over 25,000 fans following him on Facebook. With his ebooks and articles, he is now expanding his reach into the English-speaking world.