Recently I wrote a little about something called "˜clouds
of consciousnesses. It's been ruminating for a while and I am
trying to find a way to describe it or play with it. At the moment it
really is a case of suck it and see what happens and play around with different
ideas.

I am rapidly coming to a place whereby there is a definite
idea about this formulating. It is probably nothing new but I have not
read about it or seen anything on the internet. Of course the books
I have read, the radio interviews I have heard with physicists and other scientists
and spiritual people all go a long way to me formulating this idea. 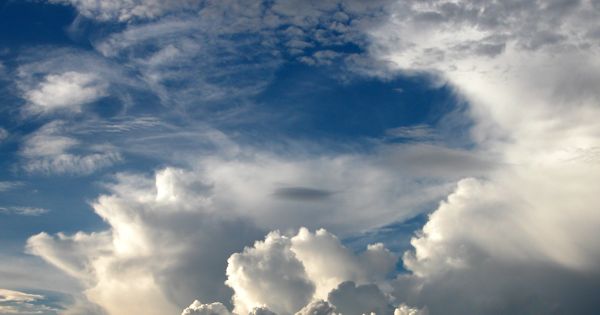 When I was nearing the end of this article it got me researching
along a path of: consciousness, reality and spirituality and led me to two
scientists; David Bohm, a great physicist who only died in 1994 and Dr
David R Hawkins a scientist whose work is fascinating me at the moment. I
thought you might like to read about them yourself.

Clouds of consciousness are something we all have. There
are various levels of these clouds that surround us and, should we wish, and
open up our minds enough, we can tap into a lot of them. There are various
levels between each of the four levels mentioned below, but for now I will
write briefly about the main four clouds.

Self consciousness "“ These are the
clouds which immediately make up who we are, what we think about ourselves
and the world around us. Imagine a band of clouds tightly surrounding
your head. This is where the self consciousness cloud lies. These
clouds contain everything that encompasses your current reality, everything
you think about, everything you believe, everything you believe about the world
and other people. It almost blinds you as you are only seeing, thinking
and feeling what is immediately in front of you. You have not formulated
any original ideas about the world and decided to question your life.

The first 4 of Maslow's
hierarchy of needs would reside here. Most of us would stay in
this state of consciousness until the day we die. However I truly believe
there is a global shift happening and that pretty soon most of us will die
whilst in the awakening consciousness stage.

Your ego resides here also; everything you do is for the benefit
of yourself.

Awakening consciousness "“ This is the
second level in this theory. In this stage you have started to question
some of your beliefs about the world, yourself and the people around you. You
are not operating from a self point of view you are starting to think about
the bigger picture and to help others and to find ways to be able to do this. You
can access a higher aspect of yourself, but may not necessarily understand
it completely. I believe this is what is happening in the world at the
moment, there are more and more people at this level of consciousness and it
is culminating in a mass awakening. More and more of us are starting
to believe there is something more to life and something more to our minds
than was previously imagined.

I am not talking about organised religion, that was a way
of stifling the awakening, the real religion is when you've found GOD
within yourself, GOD is not an entity with laws, GOD is a belief within yourself
and a connection to other states of consciousness. The awakening consciousness
is the beginning.

In this state of consciousness you are starting to believe
that you create your own world, you create and manifest the things and people
around you. It is the beginning of what Maslow would call Self
actualization

Here comes the tricky bit. I can't write
about the other levels of consciousness as I have never experienced them. I
believe I have experienced glimpses of them through lucid dreaming, astral
projection and inspirational thinking, so from this point on it is mostly
hypothesising.

Universal consciousness – The "˜pure
world', this could be where your mind goes when you
die, it's the library of the world. The mind could be uploaded
into a melting pot of mind, consciousness and spirit for the good of the future
world.

Having a theory like this brings up a lot more questions than
it answers. However, for me, it's stimulates my goal to be "˜awakened', I
wouldn't be overly concerned about what people think of me, about earning
money, about getting clicks on my Google adsense ads, about getting visitors
to this blog all the things ego is concerned with.

Recently I got back into the habit of checking my stats for
this blog, purely an ego thing to do as I had started to think about the money
it was earning rather than the content it was providing. I was writing articles
that I thought readers would want rather than what I really wanted to put up. I
have spent three days on this article as I have a passion for its content,
other articles, due to inspiration can be written and uploaded in 1-2 hours.
So having theories like this reminds me every day that I am still living in
my "˜self conscious' world and reminds me to at least try and have
more experiences in the "˜Awakening consciousness' cloud.

Since writing this it has led to me change my view on reality
and what it really is. I have been struggling for a while with the concept
of reality and how one's person's world can be so different from
my world. This will probably be the subject of my next article.