Months ago, I've written an article about 10 of the most common Law of Attraction mistakes that I've found people were making. Since then, I've discovered 10 more blunders that are crucial to be corrected if you'd like to succeed in manifesting your desires effectively.

So are you making any one of these mistakes with the Law of Attraction? Take a look at the list below. (It starts with Mistake #11 because Part One already covers Mistakes #1 to 10.) 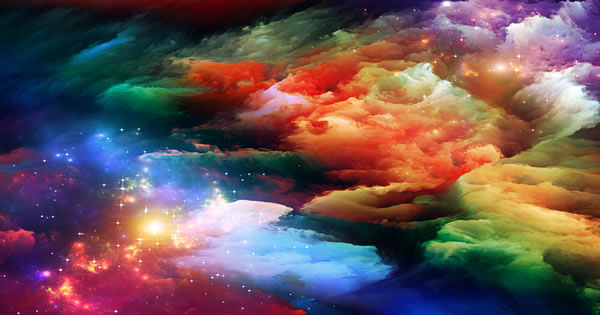 They make their affirmations or intentions too specific to the point that they don't feel good about it.

For example, you say that you want a loving spouse with blue eyes, lean body, thin lips and drives a Porsche. If it feels right for you, then you're on the right track. But for most people, a statement this specific might conjure the feeling they're not worthy or it's very unlikely to happen. If this is the case, make it more general. How about a financially stable and attractive spouse who understands your needs?

There's no right or wrong here. Your yardstick is the way you feel. The better you feel about your statement, the more chances they will manifest into reality.

Mistake # 12: They Think About the ABSENCE Of What They Want.

Fix It: Think about what you want in a state of fun and appreciation. Release the pressure that you should have it or your life would be miserable. Decrease resistance by letting it go and just say, "wouldn't it be nice if I own that house (or other things)?" or "wouldn't it be great if I become the president of this company?" Be playful and have fun with it. The more you practice this routine, the less resistant you will be to the attraction of your desires.

Mistake # 13: Their Dream Is Too Big To Be Believed In.

If a person making $3000 a month dreams of making $100,000 a month, it would be much more diffcult for him to achieve it because of cognitive dissonance. His mind doesn't yet believe that he can achieve it.

Fix It: Take it one step at a time. In the example above, if he makes a goal of $5000 a month first (instead of $100,000), he will be more likely to achieve it because it is much more believable. And once he reaches that goal, it will boost his belief that he can make more… but only to the point in which he believes he can. So he could set up a higher goal of $10,000 this time. And once he attains it, he could raise it a little higher again.

Mistake # 14: They Get Stuck In A Negative Environment.

They may pray fervently, say their affirmations, or visualize all day; but they will never attract what they want because they live with negative thinkers, blamers or complainers… or because their surroundings reflect doom and gloom aspects that make them feel bad.

Fix It: The one vital component to manifesting your desires is to feel good. And you can never feel good (or will have an extremely difficult time doing it) if you live around negatve people or in a negative environment.

If you're really serious to make the Law of Attraction work, you must avoid them like the plague. Stay away from people who make you feel depressed, guilty or angry. Switch jobs or live in another place if you have to.

If this is not possible with your current situation, then read my other article "10 Ways To Stay Positive And Happy In The Face Of Negativity" so you can minimize the damage being done by these negativities.

They say they want to have this or become that; but when you ask them why, they're totally clueless. This lack of clarity translates to a weaker manifesting power.

Fix It:   Your "why" is the foundation of your desires. When you know why you want it, you will do almost anything to achieve it and you will most likely stick to your goals/rituals.

They call themselves "action takers" so they don't want to waste time relaxing. What they don't know is that being in a state of relaxation can put them in a better state of alignment or higher vibration… which translates to more powerful manifesting.

Fix It: Find some quiet time when you can meditate even for just 10 minutes. Focus on your breathing and when a thought comes, put your focus back to your breathing. This state of "no-mind" will help you reduce resistance.

Another great idea is to take a nap, or simply find some quiet time to bask in appreciation for all the wonderful things around you.

Mistake # 17: They Give "Negative" Attention To The Smallest Things.

When their child cries, they feel irritated. When there's traffic, they feel frustrated. Everytime they feel negative emotion, they put themselves out of alignment with the Universe.

Fix It: Ignore the small stuff and just let it go. Even if you think it's a big issue, you have the choice of treating it like any other small stuff. And here's the big secret… everything is small stuff. So break free from every single thing that annoys you, move on, and focus on your desires.

Mistake # 18: They're Not Careful With Their Words.

They use negative words in their everyday language without being aware that such statements are affecting their vibration. Statements such as "I'm so hungry I could die any minute now" or "That's sick" may sound innocent for some, but the 'essence' of these words could get picked up by the subconscious, which may affect their vibration negatively.

Fix It: Always be aware of what you're saying at any given moment, for they also affect your thoughts and feelings. Remember that words carry certain vibrations with them, so practice replacing negative words with positive ones (that make you feel good and think good thoughts) in your everyday language.

When they lose their job, they regard it as the end of the world. On the other hand, even if they get promoted, they dread the bigger responsibilities coming ahead instead of the exciting challenges this might offer. .

And this applies to even the smallest aspects of their lives. When they travel anywhere, they don't see the beautiful scenaries and appreciate the wonderful journey; they see the bumps on the road, the traffic, or the cost of the trip.

This constant bombarding of negative feelings and vibrations will only bring them more of the things they're complaining about, which will only make them feel worse and worse.

Fix It: Find the positive side in everything, even in those things and situations that may seem negative. If you lose your job, see it as an opportunity to get a better career. If you live alone, see it as an opportunity to be free and do whatever you want. Or if you live with people who give you a hard time, see it as a chance to develop your character as well as theirs. By giving out positive vibrations through your outlook in life, you'll start attracting more of the things that you like.

Mistake # 20: They Don't Improve Themselves.

They stay in their comfort zone. They are not motivated to improve their way of thinking, feeling, or attitude. Hence, they're stuck in a rut.

Fix It: You will always remain in the same condition if you stay in the same vibrational frequency. To see changes in your life, you must aim for continuous improvement "“ in your thoughts, feelings, attitude, behavior, action, knowledge, the way you see things, and even your response/reaction to every situation. It doesn't need to be a drastic one-time improvement. Aim to improve in one tiny aspect everyday, and after a few years, you would have become a much better manifestor in every way.

Go through the list once again and find out if you're making any of these law of attraction mistakes. If you are, fix it immediately and be the powerful attractor you're meant to be.