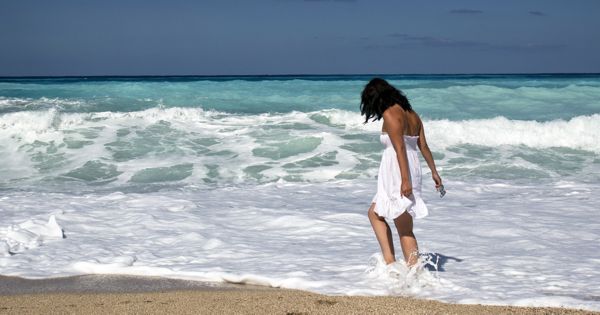 I have spoken a lot about beliefs and how to change them to make your life  better. There are certain beliefs that a lot of people believe and I  think it's time to address these. We are initially given beliefs from our parents, teachers, peers, TV and media. When we are young we think adults know more than us so we generally trust in what they say. However as we get older we form our own beliefs about the world. However some of the residual beliefs from our childhood can remain. Sometimes they have remained without us knowing about them.

Here are some beliefs that may be residual, see if you recognise any of them  and change them.

This is perpetuated at school and throughout our days of turning into an adult. We  are encouraged to win win win at all costs. If I fail at something, and  I have many times, I try again, and again, and again until I get it right. If  you believe that "if you fail at something you are a failure" then  that means everyone in the world is a failure. Don't hold yourself  back by believing this. Install a new belief.

I don't mean changing for the sake of changing. I am talking about  improving upon existing appliances, processes etc. We need change to  move on with life and you will always come up against people who don't  like change, avoid them if you can. If you see something that could  be improved try and implement it.

Nobody in life is skilled enough until they start doing it. If you want  to do something just start doing it, don't stress about not getting into  university to do a degree in computing, just do it until you get in. The  internet has more information than you will get at university, college or school  it's just a matter of finding it. If you are good and you sell  yourself well, you will get noticed.

The average life expectancy in the UK is about 75 for men and 79 for women  and it is similar in the US and Europe. This will change and soon we'll  be seeing the average life expectancy at 100. This means we are never  too old to start something new. Starting a new venture is a great way  to keep the brain active and to keep motivation up for living. I believe  we are a nation of people who expect to die at around 75 or so, so what happens?  We do. If we expect to live to 100 we would do more changing, feel less  inhibited by time. Just do it.

You control God, not the other way about. When I say God, I mean a spiritual  force, I don't mean the bible and all that as that is obviously not to  be believed literally. God is a force within you, when you pray, you  are praying to yourself, when you ask forgiveness you are asking yourself for  forgiveness. Nobody in this universe controls you, you control the force  within you, never let go of that belief. You do not need anybody or anything  to allow you to live your own life, live it for yourself and help others to  live theirs.

The very fact that you are alive says that you are special. If you want to be extraordinary you have to put in the effort. Every single one of us  has a talent we don't know about or have not yet been recognised for. Try  everything to find something that you love. I am a great believer in  change; you don't have to do one thing all your life. Change your  lifestyle many times until you find a path you love and are willing to work  on.

The whole universe is all about you. Every single person on this planet  has a different world going on inside their heads. You see the world  differently from me and I see it differently from someone else. Therefore  the world is about you. Tell me now: what are you going to do to change  your world?

I have heard this so many times. You will make exactly what you expect  to make. If I say to myself "˜There is no way I could make a million  pounds' my brain will not look for ways of making that million. If  I am determined enough to make a million my brain will help me look for ways  of making it, no matter how outrageous the idea, at least you will be creating  ideas.

Rubbish! You can change any aspect of your life you just can't see it  yet. Some people never get past this and it's such a shame. Life  can be hard and it takes guts to make the decision to change your life, but  you can change it. Know what you want, know the steps you have to take  and then change it.