Before you jump on a new opportunity, take a minute to get a feel for if it is worth it for you to pick that specific one.   The portion of that worth that I am discussing here is that related to how far you will take it.   The thoughts you have about how you will perform on a goal before you even start the goal define whether or not you will complete the goal, and if you will progress beyond it.   This is an area of concern that helps you decide which opportunities you turn down, and which ones you accept. 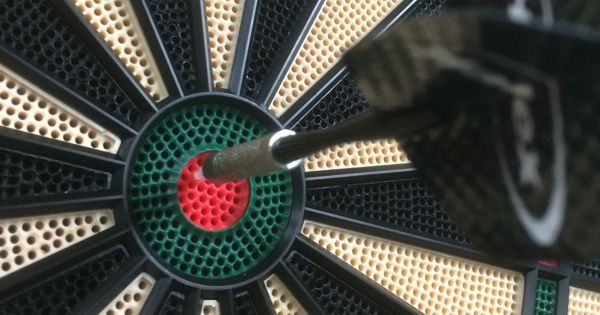 I know an individual who said that he wanted to quit smoking a bit over a week ago.   He told me he had made the goal to completely stop, and asked me for some guidance.   I told him that it needed to be a real goal on his part, and not something said just to impress me or himself.   I got a sense that that is what it might have been.   I tried to keep it as neutral as possible, and not make any statements that would make him feel bad as a person if he did return to smoking.

A few days ago, he let me know that he didn't continue the goal and smoked the day before.   After talking to him a bit, he ended up pointing out that the honest goal he had in his mind was to reduce the amount of smoking he did, but he hadn't truthfully planned to quit completely.   I appreciated his honesty, and what he said reinforces this concept that the straightforward goal you really feel you can accomplish and want to accomplish is the goal you should write down or tell others about, because any goal that isn't congruent with your thinking will not be fulfilled and will cause resentment toward one person or another.

In the book The Talent Code by Daniel Coyle, there is a portion where the author describes how the attitude children take into an activity(playing music in this case) is very correlated with their future success, as the ones who saw themselves practicing the activity in the long-term, and becoming proficient in it, were the ones that did, and the ones who didn't have as much of a long-term aspiration before starting the process, and couldn't really see themselves enjoying or succeeding in it, were the ones who didn't go as far.

What you can take from that research is that your brain lets you know right away when you see a new opportunity as to whether it fits you, or if it would be a waste of your time.   There are loads of opportunities out there, so it isn't like you have to accept every single one to succeed.   If you focus on the ones where you feel you are willing and interested in putting long-term effort in, you won't end up in that lost-time cycle where you ask yourself if you should continue because of the time you have already put in, even though the interest isn't there.

Armen Shirvanian writes words of wisdom about mindset, communication, relationships, and related topics at Timeless Information. You can follow him on Twitter at @Armen.