Bravery is nothing more than gritting your teeth through pain and hard work of every day, the slow walk toward a better life. "“ Veronica Roth

I imagined it differently"¦

When I was hired at my new job I believed that with this company it's the beginning of my well-being.
It offered a great career. A great career means more money. It promised me a secured and an improved quality of life. Though, I knew it won't be easy, I was ready to sacrifice my relationships, give up on physical exercises and things that fulfilled me with little happy emotions, and work really hard in hope that one day I will live the life I want. 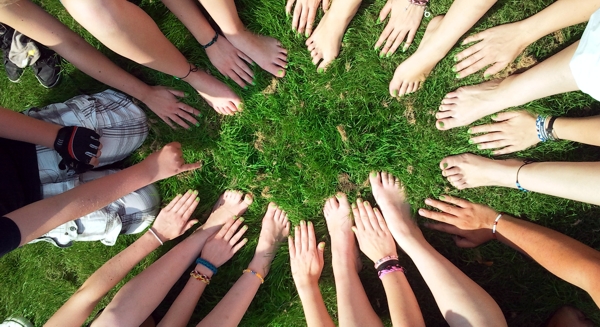 Two years later I gave up.

Working for the company of my dreams with many ups and downs was a challenge. At the end of the day I was leaving my job feeling that I don't want to come back. Though, I was making progress in the company, on the other side of the coin my health and relationships suffered. Somewhere inside of me I started feeling miserable, and I began to worry about my health.

My team leaders tried to make me reconsider my decision explaining that I'm making a step back. However, from my stand point I made a choice in favor of things that mattered but I completely lost control of.

I know what I'm looking for.

The right environment tones your happiness

Joining the karate team I had no idea it's the beginning of the happiest time in my life.

Starting in my early grades in school until university graduation karate practice was another school where I learned a lot about myself, about self-discipline, team work, and I learned that a loss is not always a loss.  This was a school of life where I've learned the essentials of a happy environment. However, the essentials were not only flowers. It was also a lot of hard work.

After years of training I became a Karate National Team member and sport has become like a real job. My regular daily schedule consisted of 2-3 trainings including school. My day started with training at 4 AM, after which I came home, took a shower, had my breakfast, and went to school at 8 AM. After school I had another two trainings to complete the day, and my coach was saying "Sayonara" meaning "Good buy". "See you early in the morning".

Being a former athlete himself, my coach shared a lot of his own experience. His stories and wisdom inspired us, his karate skills motivated us to work harder, and last but not the least he was a true friend. He could give me a shot in the butt when I was lazy, and cared for me when I was injured. He gave me a sense of trust, belief, and cooperation. I was ready to follow all his instructions.

The funny thing is that despite this very busy schedule of mine I never had the feeling that I don't want to come back. I was attending trainings with pleasure, because there I was part of a tribe with the same meaning and purpose.

The days when I was in my perfect tribe ended. Now, I'm in my lowest point of life looking for new opportunities. Again alone, insecure, and as if nobody cares for me. The question that bothers me is, "Why me?"

Nobody has a real answer to that question, but I need to realize that good things also have an end.

Though, the company I worked for was a stable and respectable company I wasn't a part of that tribe. It was wrong to continue working there for the sake of my financial security, being afraid to leave that job because I don't know how to approach new opportunities, because it feels safer believing that what I have is the best I can get.

I don't think that graduating a university, finding a job, and making a successful career is a bad alternative. There's nothing wrong with it.

What truly matters when you are looking for your next opportunity is finding your own tribe.

Ion Doaga is the owner of the Wellness Gaps blog where young people find how living a healthy lifestyle helps them build successful life. You may also connect with him on Facebook.