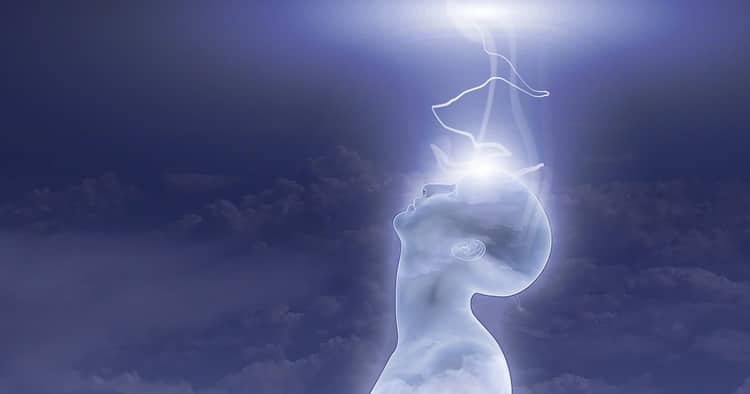 What is the Pineal Gland? 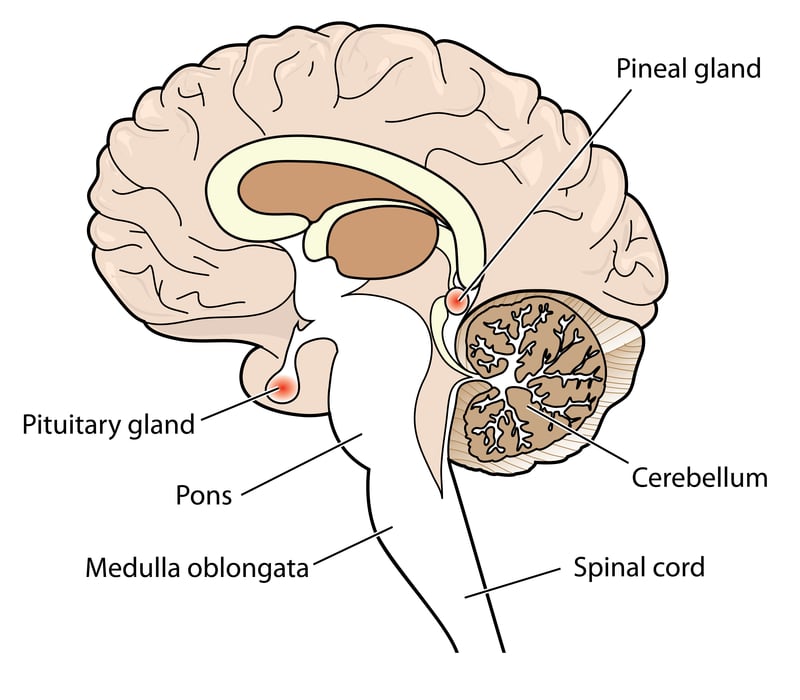 Near the center of the brain we find a tiny pine cone-shaped gland which may be one of the most wondrous parts of our physical body. We know that the pineal gland produces serotonin and melatonin, neuro transmitters which regulate waking and sleeping cycles, as well as playing a crucial role in mood.

But it may also be true that the pineal produces DMT or dimethyltryptamine, a neurotransmitter which creates a natural psychedelic state of consciousness. If so, then this little gland plays not only a crucial role in our psychological well-being but it may hold the key for unlocking the true potential of humanity.

David Wilcock:
In this gland there is floating water, a reservoir of water with crystals that actually have piezoelectric properties. There’s also another thing called piezoluminescence. If you have a little lighter and you hit the lighter and then you get that little spark that comes out, that’s from a crystal being compressed and as the crystal is compressed it releases photons.

In your brain you have these little floating crystals that actually have that quality, and even better than that is there is another characteristic called piezochormism.

Piezochroatic crystals are crystals that can release any color of light in the rainbow. Dimethyltryptamine is the main chemical that seems to do this. When DMT is chipped out of a tray that it was synthesized in and you hit it with a screwdriver, bam, you get these big bursts of colored light, big burst of red, big burst of green big, burst of yellow, big burst of blue where you have these little crystals floating in your brain.

Ben Lee:
DMT is this dimethyltryptamine. The theory is that it’s what’s released by the pineal gland that gives us these elevated states of insight.

Graham Hancock:
Maybe DMT is the lens of our pineal gland allowing us to see wider areas of reality than are normally accessible to our senses.

Hira Hosèn:
You remember that image of like a Buddha with the halo? There’s always a halo around the Buddha’s head or Jesus. People see it as a cross behind them in that halo, but it’s the beams of light. It’s exactly what you can learn or remember to activate. 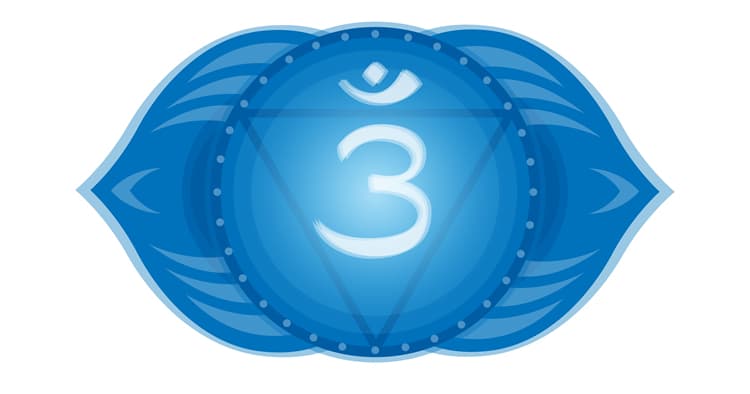 Many ancient esoteric traditions and mystical schools knew of the potential of the pineal. The ancient Greeks believed it to be our connection to the realms of thought. Buddhists know it is a symbol of spiritual awakening. In Hinduism the pineal connects with the third eye chakra, the seat of intuition and clairvoyance.

Jesus proclaimed that, “The eye is the lamp of the body.” So then if your eye is clear, your whole body will be full of light. If René Descartes is right and the pineal gland is indeed the seat of the human soul, then these traditions are correct in believing that it serves as the connecting link between the physical and spiritual worlds.

Lauren Cielo:
How did they know about the third eye? Because each chakra connect into an organ. So what fascinates me is the sixth chakra, it plugs into the pineal gland. The pineal gland has photoreceptors on it, and yet they knew that thousands of years ago before they ever knew that there were photoreceptors on the pineal. So that to me, it shows you that we know a lot more in the past than we even do now with our technology.

David Wilcock:
The pineal gland is lined on the inside with tissue called pinealocytes. These pinealocytes are similar to the rods and cones in the retina of your eye. That’s right, it’s the third eye. Your brain has a third eye in the center and it has retinal tissue. It also has the same wiring as your physical eyes do to the visual cortex in your brain. How did they know that all the way back then?

That would imply very advanced technology that would’ve been required for them to gain such incredible information about the brain, and yet they did.

And so, think about what that means. If you have little crystals that can vibrate and release all the colors of the rainbow and people claim when they go out of body, or have a near-death experience that they see a silver cord. There is a cord linking their astral body to their physical body.

Connection to a higher dimension? 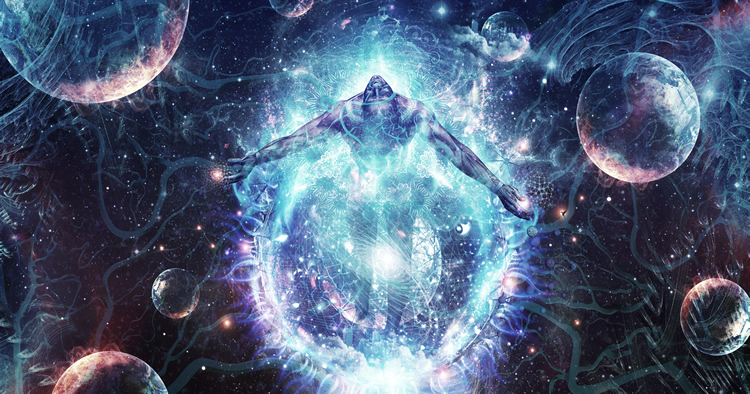 Indeed, it appears that the pineal gland is our connection to higher dimensions giving us access to the psychic and spiritual realms. If this is true then humanity is upon the precipice of a greater awakening as a whole, but this awakening does not come without its challenges and oppositions.

Scott Steven:
So if you kind of keep the brain locked down, whether it’s fluoride in the water, shutdown the pineal, aluminum to disrupt the nervous system, these artificial sweeteners, then we’re just in a pen.

Ben Lee:
We clearly are not as aware as we could be about potential, and are not living a life that probably is as healing or as generous, or as nurturing as we’re capable of doing.

Mike Adams:
This is why you get so many people today who are somehow convinced, and mainstream science is teaching this, that you are nothing but a biological skin bag, and that you do not have any existence beyond the physical. You have no consciousness. You have no spirit and no free will. When you die you’re dead and gone and that’s permanent. That’s a very dangerous philosophy.

Scott Steven:
We are dealing with Alzheimer’s, Parkinson’s, ADHD, all of these neurological diseases. And so, I think there’s a concerted effort to dumb down the population, so that when they figure these things out they’re paralyzed and don’t know what to do, don’t know how to respond, or simply can’t grasp the concept that it is happening, which is the bigger picture.

David Wilcock:
In the Book of Revelation people that have the mark of the beast on the forehead, that’s the closed down pineal gland, the closed down third eye that prevents them from having access to the cosmic nature of who they are, and that will be transformed. That’s a very important part of what’s going on here, spiritual death is transformed into enlightenment and it will happen in a moment, in the twinkling of an eye.

Despite exposure to toxins in our environment and various chemicals in our heavily processed diets, humanity is still awakening. Every day the light of a new eon shines upon us, bringing with it unexpected source of enlightenment.

Jay Weidner:
What people don’t realize is that your consciousness is governed by light, and the pineal gland is the center of consciousness.

Joe Dispenza:
The brain chemistry works in accordance with this, so when you wake up in the morning and the receptors in the back of your eye pick up light, the moment that happens your optic nerve sends a signal to the pineal gland, and the pineal gland starts making serotonin, and serotonin is the daytime neurotransmitter.

Jay Weidner:
This is all brain chemistry, light hits your eyes, hits the pineal gland, changes chemicals inside your brain. Serotonin suddenly erupts in your brain, you get happy, that’s all part of consciousness and it’s all guided by the sun.

James Tyberonn:
The energy of the Earth is higher than it was in 2012, and it will continue to increase. All of the solar storms that are bombarding our Earth has been proven to create psychoactive experience.

Jay Weidner:
It could be that the changing nature of the sun over the last 20 years is what’s causing the great awakening that’s happening.

Knowing that the pineal gland plays a key role to our spiritual evolution we must undertake the noble effort to make sure our third eye stays open so that we stay connected with the higher realms of being.

James Tyberonn:
There is a misconception I think for many people that the human auric field is automatically managed. It is not, it requires maintenance. There are keys and responsibilities to maintaining our auric field.

Then if you’ve learned how to create these alpha waves then you can realign all the rest of your head, you know, your pineal gland, the pineal chakra, your pituitary chakra. You can realign everything and then actually you can open up your third eye. You can reactivate these beams of light. You will be much more psychic, so telepathic. You’ll receive more. You’ll be much more sensitive.

So in the beginning you get this blast. You’re like, “Whoa,” the world is opening up. But after a while you will just get used to it. It will be normal. So in day-to-day life yes, it’s useful, at the same time it will become normal.

For the first time in history humanity as a whole is being presented with the opportunity to unlock the dormant potential that’s swirling inside each of us. By avoiding toxins, getting sunlight and undertaking various forms of meditation, one may improve the overall performance of this tiny, little gland, and bear witness to the many secrets of the universe. (singing).

This is a transcript of the video below which talks about the Secret of The Pineal Gland.