Multitasking "“ Poor ergonomics for the brain

A book review by Steven Aitchison

I have long been an advocate of "˜One task at a time' and envied people who could multitask and seemed to do it well. That was until I read a book by Dave Crenshaw called "˜The Myth of multitasking "“ How doing it all gets nothing done'

The book has the premise that multitasking is actually counterproductive and all tasks taken together would actually take longer than they would if they were done individually. 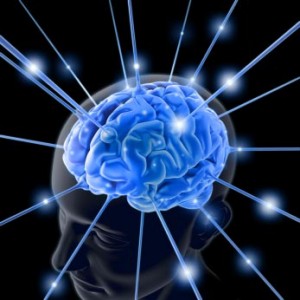 You are at the office working away on a piece of work which needs to get done, your email client suddenly pings alarming you to the fact that someone has sent you an email, what do you do? Well if you're like most people curiosity will get the better of you and you open up the email. Then someone comes in to tell you about the latest gossip from the weekend. Someone else comes in and joins the conversation and pretty soon you're talking about other topics which have branched off from the original conversation. You then get a phone call saying someone needs you for something in 10 minutes. Another phone call and you add a calendar item to remind you that you have another appointment in 2 hours time. Someone else comes into your office and the gossip continues so you kill ten minutes to go to the appointment as there is not much point in getting back to your original task as you won't finish it anyway.

That's a typical scene in an office and by no means and extreme one. Look at the scenario again and ask what has been achieved. The original task that was started at the beginning of the day has not been finished. The gossip hasn't achieved anything. The email wasn't attended to and within the space of an hour or two you have stressed yourself out as you have not really achieved anything for half a day and you have to work on to get some peace and finish it.

Dave Crenshaw states that this is not multitasking it is actually "˜switch tasking' whereby you are switching from one task to another. In other words you are stopping what you were originally doing to start something else and this goes on and on until you eventually have to switch and get back to your original task.

To give you an illustration of how counterproductive multitasking is. try this exercise

Time yourself doing each exercise:

Get your mobile phone out and open up your text messaging box. What you are going to do is spell out the words

However, after each letter add a corresponding number, for example:

Now what to do, is do the task individually. For example on your mobile phone spell out the words:

What you'll notice is that the 2nd exercise was done a lot quicker than the first exercise.

What this crude illustration is showing is that when we are switching between the two tasks our brains are not fully engaged on either task and we have to jump between the two of them which takes longer and more mistakes are made. The second exercise is straight forward and is done a lot quicker as we can concentrate more easily on each task.

This is what is happening when we are supposedly "˜multitasking' we are constantly switching between tasks and ultimately it takes us longer to achieve all the tasks than it would if we were concentrating on one task at a time.

But I do lots of multitasking, like driving and listening to voice messages on the mobile

This is the question I had in my mind when I was reading the book. Dave Crenshaw explains that this is not multitasking this is actually "˜Background tasking'. Background tasking is when we are doing two or three things which do not require a lot of mental effort. In other words some things that we do everyday become automatic and do not require mental effort, like driving your car to and from work. As you drive the same route everyday you are not really exerting any mental effort and do not need to concentrate as much as you would if it was a new road you were driving. Therefore our brain can do the background task whilst we attend to something else that requires a little more mental effort.

The book itself is a great little book and certainly opened my eyes to the myth of multitasking. It's only 138 pages long and can be read in a few hours.

The story itself follows a consultant, Phil, who is working with a client to try and help with her time management. What transpires is that the CEO of the company, Helen, has many areas in her business life that need attention and the problems stem from her trying to multitask and her erroneous thinking that she manages her time well by juggling everything at once. Phil shows her the error of her thinking by giving examples, exercises and showing her the best way to work. What happens after she has changed her way of working is that there is a more calm, more attention giving boss who everyone can work with and she passes the knowledge down the line which makes for a better company all round.

This is sure to become one of those books that all managers and CEO's have like "˜Who moved my cheese'. It's a little book with a big message and I would definitely recommend it to anyone who has a lot of jobs to do and are trying to manage it with multitasking.

As a highly sought-after business coach and time management expert to some of the country's top business executives, Dave Crenshaw has expanded his reach to that of an author and speaker. He began his coaching career in 1998 as the youngest independent consultant for
one of the world's largest small business coaching firms.

Crenshaw received his B.S. in Business Management-Entrepreneurship from Brigham Young University, one of the nation's top Entrepreneur programs. As the creator of TimeGym, a productivity and time management coaching firm, Crenshaw has helped business owners worldwide.

Crenshaw is one of the foremost experts on the epidemic known as multitasking. As a business owner himself, he formerly experienced the struggle of keeping focused.
Dave recognized that he needed to re-evaluate how he organized his time. Consequently, he developed the Time-Gym system his Certified Time Coaches use to help clients maintain balance in their lives. He is the author of The Myth of Multitasking: How Doing It All Gets Nothing Done, available in North America in hardcover August 18, 2008 by international publisher Jossey-Bass.

Crenshaw's often humorous and entertaining approach always hits right on the head with audiences. His speeches to audiences as large as 1,500 are described as lifechanging.   Dave Crenshaw lives in the shadow of Utah's Rocky Mountains with his wife, Katherine, and his son, Stratton.