In my 35 years as a psychotherapist, I have been struck by the inability many people have to distinguish between fact and fiction.   People get depressed, they get negative, and they get anxious for generally one main reason – they treat interpretations like facts!   They never learned to do otherwise – this is not taught in school along with algebra and chemistry.   People often cannot tell the difference between reality and the stories they tell themselves. My work as a therapist is to help people identify what is their story or their own personal myth and what is objective reality.

The following are some examples of fiction that people regard as true: 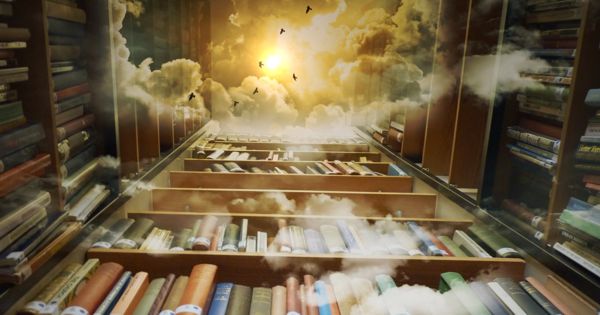 Notice the distorted thinking, and irrational words such as "always, never, "can't" and the fortune telling in the phrase "I will never love again!" How can anyone predict the future with certainty?

Changing these distorted interpretations to stick to the facts looks like this:

As a psychotherapist, I often find the more depressed and anxious a client is, the more they live in the land of fiction that they take as fact.   For example, just the other day I had a client tell me that her children are misbehaving so much, and she blames herself for her drug, alcohol and sexual promiscuity in her teens which she thinks resulted in her having such difficult children.   She felt she was being punished for her past, and was getting "paid back" for being a problem teen.   She felt this way despite the fact that at the ripe age of 45 she had been leading a law abiding life as a mother, wife, and school teacher for 20 years!     Her lack of self- forgiveness for her past regretful behavior loomed larger than life, even though those behaviors were of the distant past.   Yet, they still defined her as a person, and she became a person not defined by her dreams and aspirations, but rather her disappointments and her poor choices.

Activity for Your Separating Fact From fiction

Take a magnifying glass to remind you to be "thought detective" to look behind what you are thinking and  identify distorted thinking that is fiction rather than fact. Remind yourself that when we interpret, we are telling ourselves stories.   There is nothing wrong with stories – but just know that they are not real or true!

Remember, when you can not separate fact from fiction, one plus one does not equal 2, and not even 11, but  numbers that don;t make sense, like 145!   And the more irrational you live in the land of fiction, the higher the numbers go up!

So take your magnifying glass and identity your thought habits – and make sure you can distinguish between the stories you tell yourself and the actual facts at hand!

Judy Belmont, M.S., L.P.C. is the co-author of “The Swiss Cheese Theory of Life:  How To Get Through Life’s Holes without Getting Stuck In Them!”  She is a licensed psychotherapist,  a national wellness speaker and corporate wellness trainer. She has served as a mental health expert in print, on radio and TV.  Visit Judy at www.judybelmont.com or her book’s web site at www.theswisscheesetheoryoflife.com