I'm always surprised by how so few men are well-dressed. I might be walking down the street in London or in an airport anywhere in the world. A well-dressed, stylish man always stands out. What's surprising is how rare they are. A dapper man is a rare beast. 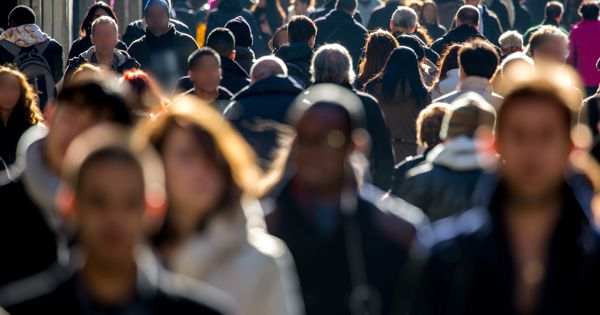 Many men in this group watch movies and read men's magazines and admire the cover models, who are the absolute height of well-dressed and stylish dapperness. They might think, to differing degrees, how good it would feel to be as well-dressed and stylish as that. Maybe a 2.0 version of themselves. And why not! It isn't that far of a leap to imagine oneself with a great suit, a sharp haircut, lose a few pounds, straighten out one's teeth and flash a 1000W smile. Wouldn't that be amazing! And it would be.

So what stops men achieving this?

This is where, slowly but surely, the aspirants start falling off the path before they've even started. They talk themselves out of the game before even beginning.

Many will think "maybe sometime in the future, not right now, I've got so much on".

Some might think, "that's nice, for those that can afford it."

Or "I could never wear that."

We all have psychological barriers. Some that we're aware of and many that we're completely unaware of. Barriers that prevent us from reaching our fullest potential. The above quotes might sound like valid reasons (or excuses) and maybe we've even heard these words in our own heads. However, these aren't the real barriers. These are just ways that we justify and rationalise not taking action. To find the real barriers, we need to dig much deeper within ourselves and deal decisively with our deep-rooted issues.

Much of the time, these excuses mask beliefs that would be too psychologically damaging or humiliating to directly voice, even to oneself. Often what's going on can be likened to the mass of the iceberg behind the surface of the water.

In reality, for many men, there is a deep sense of unworthiness. They're really thinking or feeling, "I'm not good enough to wear that or dress like that".

"Won't people looking at me think I'm a fraud who's trying to be something he's not?"

I have a friend who was reluctant to buy himself a car that he really wanted. A gorgeous Lexus. He could easily afford it but was talking himself out of the buy. He slightly sheepishly said that he felt that people would look at him and wonder why he was driving that car. Notice firstly, that it was about other people. Secondly, it was about what he felt they would think rather than what they actually thought. Thirdly, it was about how he felt about himself.

These are stunningly limiting beliefs. And we see these in situations all around us. Why do we place so much importance on other people's opinions, real or perceived? Why can't we live the life exactly the way that we want to? Why don't we feel free to lead the life we deep down most desire? Why do we handicap ourselves with thoughts that we do not deserve better for ourselves?

We have no chance of moving on and achieving the life we want to lead without first identifying and overcoming our own personal psychological barriers. If we feel unworthy of living life at full tilt, then we need to rid ourselves of this sense of unworth. Where do these beliefs come from? Why do we allow these negative beliefs to frame our view of the world?

We will get much deeper into these issues and their solutions in coming articles.

The same is true of becoming well-dressed. It's not difficult but it takes intelligent planning and common-sense execution. Before all these can happen, we must be clear about what we want at the endgame. We must see ourselves, in our mind's eye, as dapper, well-dressed men. Down to the minute details such as the texture of your cloth, the shade of your brogues, the watch you sport on your wrist and the dash of your cuff links. A clear picture of your soon-to-be debonair self is essential.

Some men actually start to take action and seek out advice and guidance from better-dressed peers and online. Learn a few tactics. Buy a few new pieces. Many here fall off the path. They start experiencing resistance from their friends. "what are you wearing? A bit progressive isn't it?" Or they don't see results quickly enough and they lose heart.

Becoming well-dressed isn't rocket science. It's something theoretically simple like trying to lose weight or giving up smoking. We all know the theory behind achieving these goals and we might go a few weeks on a diet or without a cigarette, but it's just a matter of time before we binge on pizzas and chain smoke a month's worth of cigarettes.

To succeed in any endeavour, we need a game plan. To get a six pack, we need to learn from people who have done it before and replicate how they did it. To become better with women, we must learn from those who are naturals.
Dressing well is no different. We need the right guidance from a source who's walked the path and who will guide us every step of the way. Pointing out where to go. To provide encouragement and a well-needed talking to every now and again. Revealing false summits and taking us to the true top of the mountain.

Edmond Chan created www.howtobedapper.com to help men become as well-dressed as they can be so that they can reap the benefits in their dating, in their careers and in their lives.