Have you ever compared yourself to someone else? Definitely!

If your answer is "No" to this question, then it means two things: either you are lying or you are not a human. Sorry.

Millions of years ago our ancestors compared themselves to their tribe members     and     adjusted     their     actions     accordingly     in     order     to     be accepted and approved by other members of the tribe. If they had not acted like this, they would have been excluded from the tribe to face hunger and life or death situations at every step all by themselves. Hence, the natural instinct of comparing one's actions with those of others served our ancestors to stay in tribes and survive. 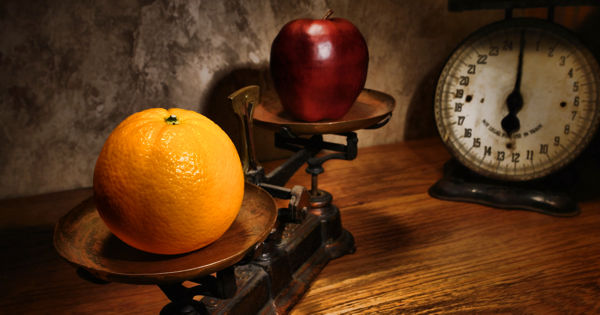 Although     in     the     modern     world     we     do     not   have     to     worry     about     our survival as often as our ancestors did, we do need to acknowledge the fact that comparing oneself to others is wired into human brain and remains part of our human nature. The problem, however, arises when we get obsessed with comparing almost everything we are, we do or we have with what others are, have and do.

Furthermore, while comparing ourselves to others, we tend to forget a very significant fact:

Since     childhood Mary     has     been     engaged     in     conversations     with     the most brilliant minds of the theater world and had a chance to learn from the most prominent actors, playwrights, directors and producers you could only dream to meet in your entire life. This does not at all
imply that she did not work hard, but the fact that the environment she was raised in paved the way for her artistic excellence is undeniable.While you had to spend long hours of hard work all by yourself and make   a   number     of   sacrifices     to     make     your     way     to     the theater,     the actress that got your dream role had an amazing advantage of picking up the brains of the great minds of theater industry at tea-table at her parents' home without any obvious sacrifices.

Bringing such   an example, I do not at all advocate for giving up on your dream if you are not lucky enough to have been raised in in the right     environment. Not at all. I simply suggest that rather than comparing yourself to every other person who is doing better than you or seems to have what you dream of having, just pause. Pause and consider that no two human beings start the same. It is like comparing two runners whose starting points are different and tell the winner based on the fact who crossed the finish-line first. Instead, you should consider the starting point for each runner or the amount of time it took each of them to reach the finish.

The idea here is that one person may take a particular thing for granted in his/her life, for another person it may take years or even decades to acquire the same thing. And how on earth can you compare these people?

You can't and you shouldn't.

Period. Similarly, when you witness someone achieving big success in life and you are ready to call them "lucky", pause and reflect. Do you have any idea on what it took that person to achieve success? Do you know what that   person has gone through to be where s/he is today? Most probably, you do not.

Let's now imagine John, a college student who had a big dream to start his own business. However, his family background was far from entrepreneurship. He had always been taught by his wonderful parents to study hard so that he could find a well-paid job. John was all alone in the   pursuit   of his dream, he   did not have   much understanding and support from his social circle and there was no one who could guide John in his entrepreneurial journey. While most of his classmates were busy taking selfies, fooling around or partying, John had to study     long     hours     to     accumulate business knowledge, work on a part time job to sustain himself and chase investors to believe in his dream. Yes, the path was challenging and full of sacrifices, but there came a moment when John was in his beautiful office, giving an interview about the successful company he had established.

For some people there is only one explanation to a person's success: "S/he is just lucky". Still, they     do not even have the slightest idea about how many obstacles s/he had to overcome, how hard s/he had to work and how strongly s/he     believed in their dream in order to become LUCKY!

These two examples may seem contradictory; in the first scenario Mary achieves success because of the luck of being raised in the right environment, and in the second scenario John achieves his dream because of the hard work that most people have no idea about.

The idea is that in most cases you do not know the story behind someone else's achievements, what you know and know for sure is your own story. As the popular advice goes, "Mind your business". I would add, "Mind your own story". You don't have anything to do with anybody's life.

Comparisons constantly make us alienate from ourselves, look outside, rather than within and seek happiness in being better than someone else.   When comparing ourselves to others, we tend to ignore our own talents and underestimate all the progress we have made so far in our lives.

Instead, our only   concern should be to   acknowledge where we are now in our life journey     compared to where we started from, and never compared to where another person is. Too many of us put ourselves in the danger of forgetting our own life, wasting our precious time on what   others are doing and   living by the standards that others have made for us. The next time your natural instinct will tell you to compare yourself with someone else or be jealous for someone's success, just ask yourself the question "Do you know the story behind?"

Arevik is the Co-founder and People development mentor & coach @ Kaizen Mastery. She has a dream of uplifting as many human beings as possible to their highest potential and encourage them to ful0ll the ultimate purpose of each human being, to create a Life, called a Masterpiece!