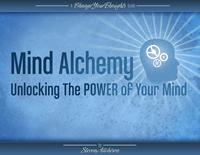 Update: Please click on this link for more information about The new Mind Alchemy course. All the links to the downloads have now been removed. I would like to thank all 800+ readers who expressed an interest in this course and for everyone who completed the course the first time round, it is becasue of you I could make the course better.

A few readers are now blogging about their experiences on the course, and it would be great to lend your support:

Watch an interview I made with Suzie Cheel on Mind Alchemy 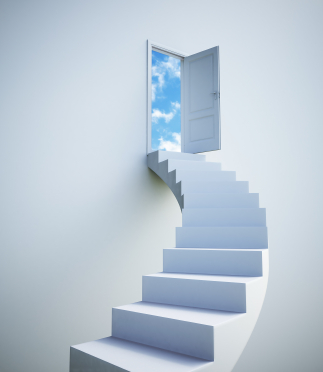 Today is going to be an amazing day for some of you, I know this for a fact because when I learned about this, and   REALLY got it, it turned my life upside down.

Back in 1999 a little film called 'The Matrix' exploded onto the big screen.   It had guns galore, special effects, the likes of which had never been seen before, a great storyline, great actors and actresses, and everything else that a great film should have.   But, this film literally blew my mind, not because of the action, the film stars, the special effects but it was the storyline.   You see it triggered, or rather was the catalyst, that cemented my view that the world we live in is not stable, not only that, but it could be changed depending on our thoughts and beliefs about the world.

I mean I finished watching the film with my jaws wide open thinking 'my life has just been changed forever', literally.   I had been reading philosophy, was doing my degree in psychology at the time and was into personal development in a big way and it all came together with 'The Matrix'.   When I GOT IT I was able to turn my life around and start working toward what would become my purpose in life: develop my own life as best I could and then help others do the same. You see had it not been for 'The Matrix' you wouldn't be reading this right now, there would be no Mind Alchemy, there would be no blog called 'Change Your Thoughts'.

So what was it about the film that I GOT? One sentence sums it all up:

Your reality is not the same as my reality!

That's it.   If you read those words and think, 'yeah Steve I get what you're saying but how does that change my life?' This is what today's module is all about; really getting how that one sentence can really turn your life around.

Hopefully you will have noticed that this course Mind Alchemy has a lot of disciplines mixed together to help you turn your life around.   It has Neuro Linguistic Programming (NLP), Cognitive Behaviour Therapy (CBT), Psychology, The law of Attraction, Rational Emotive Behaviour Therapy (REBT), and lots of other disciplines, but what they all have in common is the fundamental belief that what we think determines what we get out of life.   That's not up for debate, if you've studied any of these disciplines you'll know that they all work on the thoughts of the individual, and if we can help to change an individual's thoughts they can change their life.

Well, my reasoning is that if we change our thoughts we literally change our reality.   Think about that for a few minutes: We can change the world we live in by changing our thoughts.

The rise of the potato

To illustrate what I mean about perception I want to tell you the great story about the rise of the potato, stay with me on this one 🙂

The story of the potato explains how the Spanish Conquistadors, who, after a trip to Peru in 1532, brought the potato into Europe. A few Spanish farmers began cultivating it, with the intention of giving it to their livestock as feed. Knowledge of the potato spread across Europe very slowly until the 1600's when it was known all over Europe.

The potato was viewed with suspicion; the general opinion was that it wasn't fit for the human consumption, one person put it "˜it wasn't fit to feed a dog'. However, the upper classes saw the potential of the potato,  mainly to be able to feed the nation very cheaply. However, the suspicious lower class didn't see this, and didn't want to cultivate it.

So the potato didn't become a staple part of   the diet until the revolutionary wars in the 1700's. This is was when the potato really took off as a staple diet because there was a shortage of food, so the potato started to take off in a big way, it was however still regarded with distaste.

Its consumption spread throughout Europe, but peasants were still suspicious even though in 1771 the "˜Faculty De Paris' testified that the potato was not harmful to humans, but in actual fact beneficial. The great part of this story is that Fredrick the Great of Prussia had wanted to feed his nation with potatoes, but because his peasants regarded them with distaste there was a resistance to grow it, there was even a few recorded cases of hanging due to farmers not cultivating potatoes.

So Fredrick the Great thought about this, and in order to change the perception of the potato, he would have to change how the potato was perceived.   What he did was to grow potatoes in his royal field. He heavily armed the field with guards, which was a show for the peasants.

The peasants could see that it was armed and they would associate the crop in the armed field with something worth stealing. So it was a "˜weak' guard and the peasant started to steal them and started eating them. Thus the perception of the potato was changed forever, and it was cultivated widely throughout the world. This was down to the fact that Frederick the Great had changed the perception of the potato, reverse psychology, and tricked the peasant into thinking it was a royal food.

This is exactly what happens with our minds.   We are brought up with other people's perceptions of life.   Not until we develop enough, intellectually, can we change those perceptions, and even then it's can be difficult to change our perceptions about the world until we start to really question it.

If you are the only conscious person in the world, and your thoughts create reality, who do you think is responsible for the life you currently have?

Now, you might think these are the words of a crazy man writing here, but you have to remember that if you're the only one who is conscious, and you are creating reality, then my words are a manifestation of your thoughts – let that bake your noodle for a bit 🙂

What I am talking about here is something called subjective reality, whereby you are the creator of your world, your inner world.

I am asking that you open your mind to the possibility that this is how the world works, and not trying to offend anyone's beliefs, religious or otherwise.

Our current model of reality

We know for sure that as we are growing up we change the way we think, the way we see the world, and our reactions to the world.   However a strange thing happens.   When we think of past events we immediately revert back to our thoughts and feelings we had from our past.   So, in effect our memories of ourselves do not grow as we grow.

When I think of the time I was bullied at school by two guys who killed a puppy just for kicks, I am reliving fear and seeing the world as a fearful place.   Because I am becoming aware of that memory and the feelings, beliefs and thoughts of that time it affects my current reality and therefore my future reality, but, if I can change my perception of being bullied, with the current knowledge I have about myself, I can start to change how I perceive the world today.

When we do this exercise, I am about to share with you, a lot you, will see how effective it is in changing the way you perceive the world.

This is an exercise that can be used again and again and only takes a few minutes each time, although you can spend longer on it and keep a journal of them which would be a great thing to do.

Tomorrow we will looking at gratitude.  Until tomorrow my fellow Mind Alchemists"¦"¦..

This course is about taking action, and to become pro active in changing your life.   Take time to do this exercise and really think about it throughout the day.   You don't need to wait until tomorrow to take steps to improve your "˜Wheel of Life', but with the support and encouragement from all the members we can help each other and support each other, but ultimately "˜you have to bring something to the table!'

As always it's good to talk about your experiences and share it with the rest of the members of the course, so let us know how this exercise went for you and if you gained any insights or had any revelations about yourself or your life.

Or of course you can leave a comment below