If you already speak English, you can consider yourself very lucky. In a sense, English is the lingua franca of today's world. When two foreigners whose native tongues are not English try to communicate, the first thing they will do is default to English, which has become the unofficial second language the world over.

This opens up a lot of doors for native English speakers, but one thing you will quickly realize is that although most people can communicate in English on a rudimentary level, the vast majority of the world's population doesn't actually speak it well enough for any meaningful interaction. 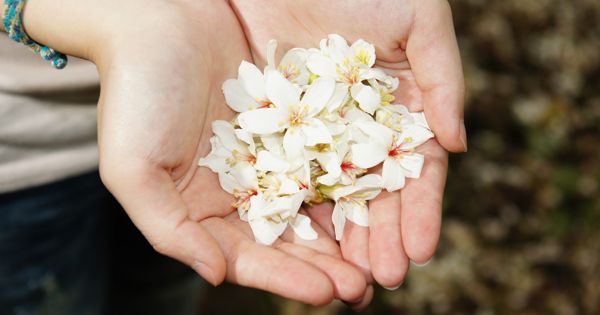 This is why Europeans often speak three or four languages perfectly fluently. It is a curricular requirement in most of Europe that prepares people to be citizens of the world"”not just their country. Put this in contrast to Americans, who more often than not speak English and nothing else.

You Can Get By with Only English

But would you want to? The cultures of the world are as varied as they are rich. For the most part, culture and language are inextricably enmeshed. If you want to truly understand a Frenchman, then you will need to understand his language. This goes beyond just translating words, as sometimes there are simply no translations that can effectively convey the meaning of words.

An example you're already familiar with is the German word schadenfreude, which describes the enjoyment one gets from the misfortune of others. There is no equivalent in English. In this case, the word has been adopted into the English language, but it's just the tip of the iceberg when trying to parse the inner life of a German speaker. Schilderwald is the feeling of bewilderment one gets when a place is hard to navigate because of confusing street signs.

Every language has its own words with meanings that explain the nature of its speakers, and the only way to truly get into their heads is to learn their language. The Czech have a word for calling someone on their cell and hanging up before they pick up so that they'll call you back; it's prozvonit. On Easter Island, tingo means you're borrowing things without returning them until you've taken everything a person owns.

And the Japanese have wabi-sabi, the beauty inherent in the transcendence of life. The Hebrew language has the word et, which is so foreign that it cannot even be described in English, let alone translated.

To truly learn a culture, one must first understand its language.

Other Good Reasons to Learn a Foreign Language

Learning a foreign language allows one to read books without the filter of translation. The translation process does more than just change each word into its analogue in the target language. It changes the text to flow, and it often takes a new shape after the fact.

As your vocabulary increases, you will find that you have a greater ability to express yourself"”even if others can't understand. There is an immense pleasure in being able to better describe your experience of the world.

Knowing a foreign language makes one more valuable in the work force and is an incredibly influential skill to have on a resume.

Learning a foreign language doesn't have to be hard. Fully half of the English language has Latin or French roots, which makes it very easy to learn a romance language, such as French, Italian or Spanish. The other part of the language stems from Germanic roots, making German another easy-to-pick-up language for Americans.

All it takes is a small time investment to open up a broader experience of the world.

Carly Fierro is a young freelance writer and aspiring novelist who's had a strong interest in language and translating ever since she started taking French in college. She loves that the internet allows people and cultures to connect instantaneously in ways never before imagined; without the internet, she never would have been able to start her collection of untranslatable-to-English words and concepts. If you are looking for more of her writing, check out her blog, Pongra, or follow her on Twitter as @carlyfie.