You trip on the pavement and mutter under your breath "Klutz."   You don't pass the certification exam the first time and suddenly you are in a tailspin of self-loathing.   You're driving down the freeway on auto pilot and suddenly there are flashing blue lights behind you.   Ugh.   15 over the limit. "Stupid. Stupid. Stupid".

You know you do it.   Everyone does it.   It's what Shirzad Chamine refers to as the Saboteurs in our head.   The biggest and baddest of them all is the Judge.   According to the Judge in your head you are never good enough, smart enough or thin enough.   Hmmm.   So what's this got to do with my son?   And how can this help me? Here ya go.

I spent most of my Saturday watching kids participate in a state championship weight lifting competition.   As I sat there for several hours watching kids 8 to 20 years old step up to a bar and lift, I realized a few things about failure.   The ones who prevailed, including my 20 year old son Benson, had some key attributes. 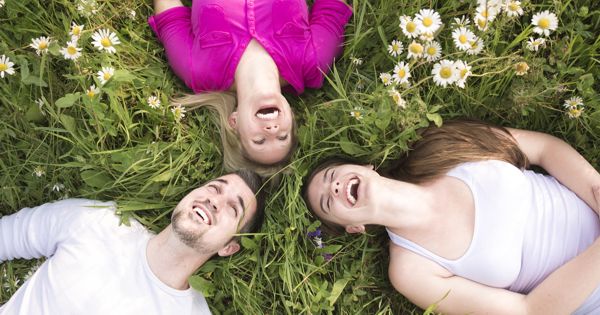 Each participant gets three tries (attempts) at snatching a weight and three tries at clean and jerking a weight.   So in all, there are 6 tries and that's it.   If you don't do it correctly, you are out of the running.   My son's first attempt at the Snatch, the bar fell back over his head.   He laughed.   No sulking.   No beating himself up.   Oh well.   Two more tries.   I noticed that when the kids that failed went sulking off two things would happen.   One – the audience didn't clap.   Two- they failed the next time up.   It's hard to get your concentration back.   You've let the Judge in your head take over and hijack your performance.   I noticed that kids who laughed off the failure came back with a vengeance in the next attempt, almost always prevailing. The lesson?   Laugh and laugh often.

2. Have your posse with you.

My son participated in the event in Greenville, NC instead of an earlier event in Miami (where he lives) so that he could be surrounded by his family and friends.   He knew that when he walked out on that platform that there were 7 folks in that audience to cheer him on.   The younger kids that were with a lifting club had a ton of support in the audience as well.   Again, the kids that were there by themselves or just a parent did not prevail as often as the other kids who had support.   The lesson?   Surround yourself with support.   Make sure you have folks that are there to cheer you on.   Success or failure.   Have a posse that has your back.

3. Discipline is what underlies all rituals.

Even the eight year olds had rituals as they approached the bar.   Some stomped their left foot on the ground as they grabbed the bar.   Some took enormous breaths as they began to lift.   They all had rituals.   Focus straight ahead. I was talking to Benson's high school football coach at the end of the meet.   He said he convinced Benson to give up track and take on lifting.   He said that Benson has the discipline to lift even while going to college full time.   It's the same with your life.   You've got to have the discipline to show up and accept failure as well as success.   Even if you drop the bar, you've got to show up the next day and keep on keeping on.

It was so gratifying to watch these kids have fun.   They would be serious and focused as they approached the bar and then, once they were successful, an enormous smile would appear when they finally held the bar above their head.   It was such a beautiful sight.   Watching these girls and boys radiate as they succeeded in lifting the impossible was gratifying for me.   My son was the last of the men to participate because he was lifting the heaviest weight.   He failed on his first attempt on the Clean and Jerk.   Smile.   Got up.   Prevailed on the second lift.   By this time the entire audience of some 50 spectators were with him and cheering him on as he attempted a personal record and heaviest lift of the competition of 140 kilos (309 pounds).   He was whistling.   Relaxed.   Comfortable.   He failed.   Oh well.   He went to watch the video with his coach.   Hmmm.   Feet were too far apart.   He was fine.   Resilient.   There will be another competition down the road.   It's so similar to Scott Adams book, How to Fail at Almost Everything, as long as you are learning from your failure, that's the most important thing.   So when you fail?   And you will.   Make sure you are taking the lessons with it.

I think back on some of the big failures in my life.   A divorce.   A failed restaurant.   A lost job.   Keeping my sense of humor, learning from my mistakes, having my posse close and trying to stay relaxed was critical.   Caving into fear is not an option.   Lift that weight, Smile and Move on.