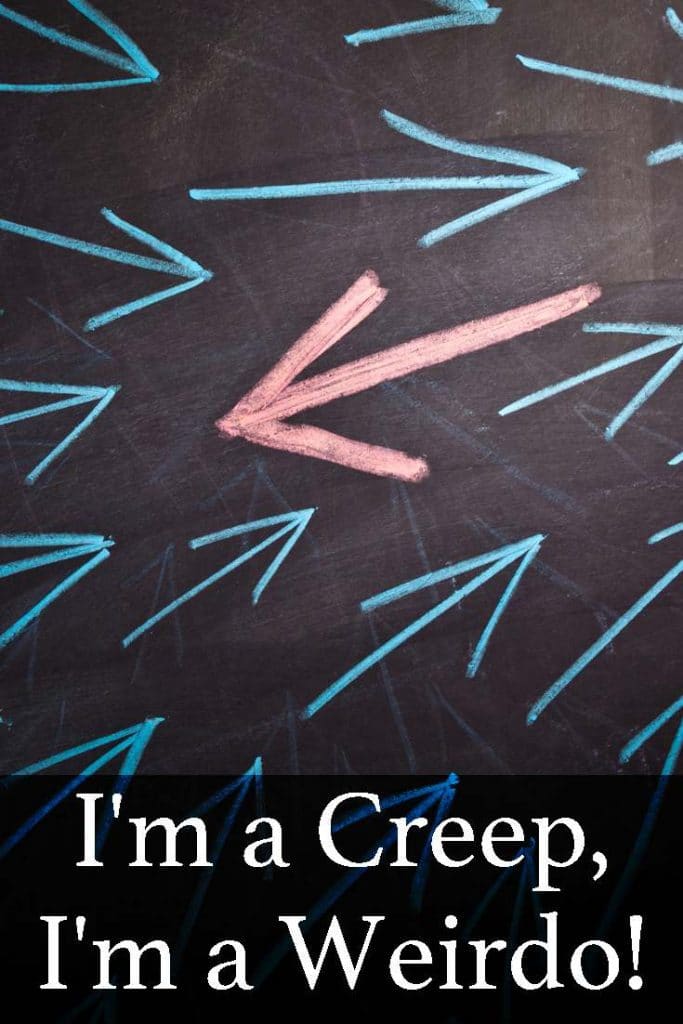 But I'm a creep, I'm a weirdo,
What the hell am I doing here?
I don't belong here.
Radiohead: 'Creep'

Have you ever felt out of place, had the feeling that you don't belong, or just felt like a fraud dressed up in someone else's clothes? It's a scary feeling isn't it.   That feeling of total insecurity, thinking that at any minute someone is going to out you and say 'you don't belong here, you're not the real deal.'

Taking it to another level

As I contemplate taking Change Your Thoughts to another level and doing seminars and public speaking gigs, my mind just shouts at me 'Are you off your head, if you do public speaking dude, they'll definitely out you, they'll skin you alive, no way I'm coming along on this ride with you.'

It happened when I got married.   I drowned in the feeling of 'this is too good to be true, I shouldn't be this happy.'  9 years later I'm still drowning, but now I've got a life jacket to keep me afloat, mainly my wife and two sons.

It happened when I left my home town to go live in another city and become a mental health nurse.   I was 24, didn't know a soul, and was considered a mature student (a mature student at 24, I was one of the oldest students there ) It happened 18 months later when I decided nursing wasn't for me, but I got to know a great bunch of people, and the partying was pretty amazing 🙂

It happened again when I decided to do a psychology degree.   If I thought I felt like a mature student at 24, you should have felt what it was like at the age 27.   All the time I thought someone was going to come along and say, 'Hey Steve, you're a nice guy and all that, but you don't belong here dude.'

And then in 2006 I started a blog called Change Your Thoughts.   Jeez, did I ever feel out of place when I started writing.   Why the hell would anybody listen to a guy who went to Australia for a year, to find himself, and returned after 3 weeks, smoked hash every day for 5 years,  went bankrupt when he was 30, didn't get married until he was 36, and thinks he is going to be a personal development speaker when he is 42.

When I started growing the Change your thoughts Today Facebook Page  and started writing my own quotes, I had the thoughts 'Who the hell do you think you are, writing your own quotes!'

The  very best time, it happened was when I handed in my resignation letter  at work  in August 2012 to start my own personal development business.  That feeling of freedom when you leave a job to do something you absolutely love is indescribable.

Outside Your Comfort Zone

I am a creep, I am a weirdo – but awkwardly loving every minute of it.