Change, in any form, can be hard. We have all changed either by force or naturally to get to where we are today. However, what if we want to go farther than we have in the past, what if we would like a better life, a better relationship, more money, to start our own business or just be a stronger person? We have to make a quantum leap in our minds, hearts and souls. 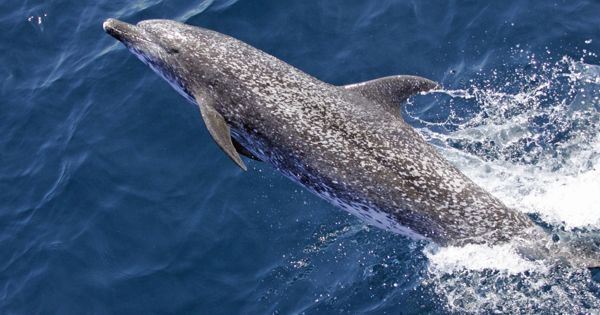 We have to make a concerted effort to change parts of our life. Most of us want to change some aspect of our life, but find it difficult for one reason or another. Change means doing some work on yourself, it means growing as a person, and maybe discovering a few things about yourself you would rather not know. This is the reason a lot of people live within their comfort zones, it's easier than having to challenge yourself and make the changes necessary to live a happier life.

Forced change, however harsh, can be easier than desired change, as the change is taken out of your control, you have no choice but to change your life in some way. For example, if you lose your job you are forced to change your life in some way, if you get divorced you are forced to change. Desired change is like a dream, it seems a nice little daydream that you can think about as you drive your car to work, unless you have just begun to drive in which case you will need to concentrate on the driving as you won't have time to daydream: experienced drivers can of course drive unconsciously. Seriously, many people view desired change as a pipe dream.

What you have to decide in your life is: Do I like the pipe dream simply because I like having something to dream about or do I really want the pipe dream in my life?

Here is where we can talk about changing any aspect of your life. It's called the three pillars of change.

The Three Pillars of a Quantum Leap

One of the first things you have to ask yourself is: is my desire to change strong enough to make an effort?

Only you can answer this, however, here are a few questions that should help you answer that question:

* How long have you wanted to make this particular change?

* Have you done anything about it up until now?

* What are you willing to sacrifice to make the change?

* Is it going to affect others in a significant way?

* What would it be like when desired change happens?

You can't measure desire on any kind of scale as it is purely subjective, but asking yourself the questions above will at least give you some indication of how strong your desire is. The questions will also help you look at the desired change in an objective way – but you have to be 100% honest with the answers.

Belief is a strange creature, without belief we would not be the person we are today. Our whole life has been shaped by our beliefs from a very young age. The subject of belief is my passion and it amazes me how many people don't question their beliefs about their life, from religion to why they listen to a certain radio station. A lot of our beliefs have been instilled in us from an early age and we saunter along quite happily not questioning them, until the day comes when we are forced to question them.

Beliefs are a powerful force, this is why Hitler was able to get into power as he installed his own beliefs into millions of Germans, it's how big brands like BMW can ask, and get, us to pay $100,000 for a car, it's how some of us are extremely confident and some of us have very low self esteem. We have all been led to believe certain things as we have grown up and some of the beliefs are outdated.

If you want to change an aspect of your life you have to really believe you can do it. Once you know you have the desire and you want to go for it, you have to install the belief pattern to make the change.

This might sound a little crazy: how on earth can we install a belief? well, if you think about it all the beliefs you have at this very moment have been installed in some way. There are two steps to install a belief: rote learning and evidence.

Rote learning is basically when you tell yourself over and over again that something is true. However, this is not enough to install a belief, if it were, I would be able to fly without the help of British Airways. The other part of installing a belief is evidence: you have to find evidence to make the new belief believable.

For example, for years I used to believe I wasn't intelligent, my report cards said so, my teachers said so, my friends said I was a bit slow, I was no good at English, Maths or any other subject. I had lots of evidence to prove that I wasn't intelligent and I looked for more and more ways to confirm it. It didn't occur to me to look for evidence that I was intelligent. That didn't come until I was about 17, when I questioned my beliefs. I then found evidence to support my new belief: I was good at history, I loved reading, I loved writing, I loved having conversations about how the mind worked, people were telling me that I was good at using computers, etc etc.

So installing a new belief really is simple, all you have to do is repeat the belief to yourself over and over and then go out and find evidence to support the belief. Think that's oversimplifying it? try it for yourself.

Once you have the desire and you have installed the belief, the passion will come a lot easier. When you have the passion you will have the drive to keep going, you love what you are doing, and it doesn't seem like hard work even though you may be putting in eighty hours a week to make your desire happen.

Passion can't be learned, but it can be harnessed. The simple fact that you love doing something and love learning as much as possible about it will keep your passion alive as long as you want it to be alive. There might come a time when the passion burns out and leaves you altogether but that will be a choice.

Think about something you'd love to change about yourself, look at the three tenets above and work your way through a new belief you want to install. Do it for only 1 belief at a time to start with, and then progress from there.

Are you willing to take a quantum leap?