"I find that the harder I work, the more luck I seem to have." -John Heywood

Do you feel like some people have more "luck" than others? 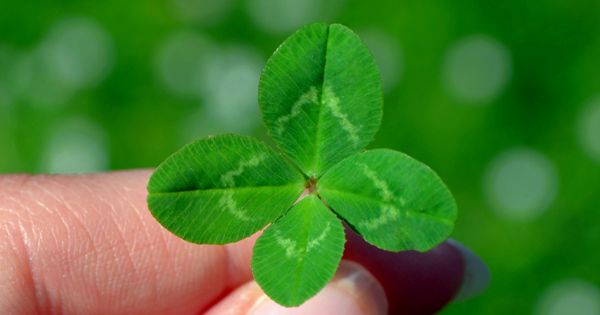 When the work no longer suited the direction I wanted to go in, I moved on with the faith that as long as I was prepared, the right position would reveal itself at the right time. And that is exactly what happened.

Each time I left a position, I was able to find work I was passionate about without much difficulty.

You could say that I have been lucky in my career.

My running, on the other hand, has not gone as smoothly, as I have been met with injury almost every step of the way.

I am going to let you in on a little secret. Whether you are lucky or not, largely depends on you.

If you think you are lucky, you are more apt to take the steps necessary to be prepared when opportunity arises; however, if you consider yourself unlucky, you reinforce your unluckiness by consciously or subconsciously setting yourself up for failure.

Luck is always all around you, but in order to get lucky, you have to create the circumstances for it to happen.

"Luck is what you have left over after you give 100 percent." -Langston Coleman

First, you may be getting "lucky" more often than you realize.

If you think about it, I am sure you can recall dozens of times opportunities presented themselves, and because you werenÃ­t prepared, you couldn't take advantage of them. You might have even watched from the sidelines as those who were prepared captured your dreams.

For example, if one of your co-workers, in a position that you'd like to be in, unexpectedly quits, would you be able to walk in your boss' office the next day and convince him or her that you're able to perform the responsibilities of that position?

If so, you just got lucky.

Play in your favor

"Remember that sometimes not getting what you want is a wonderful stroke of luck." ? Dalai Lama XIV

Don't be one of those people who wondered what happened. If you are in the game of life and playing it hard, I can assure that you won't be.

Luck is all about odds, and beating the odds is a numbers game.

The more times cast your net into the sea, the better chance you have of catching a fish.

Give yourself as many chances as possible to move a situation in your favor. Not in a sly, manipulative, cunning way, but by always being prepared and putting your best foot forward.

Let your intuition guide you

"Listen to your intuition. It will tell you everything you need to know." -Anthony J. Angelo

Listening to your intuition is key to getting lucky.

If you take an opportunity that doesn't feel right to you, you aren't lucky at all. You are only lucky if it "fits" you.

Your intuition might have led you to take a different route to the gym, and instead of casting it off as your silly imagination you followed it, only to discover later that because of it, you had avoided an accident.

The more risks you take, the luckier you become.

Get out of your comfort zone. Do something that defies normal convention. Break the mold. Blaze a new trail. Start a revolution.

Taking risks can be scary, but the rewards are worth it.

There are stories abound of moms and dads turned successful entrepreneurs, teenagers turned million dollar inventors and aspiring singers, song-writers and actors, finally getting that one break that takes them from performing in a local club to performing on the world stage.

You see, luck isn't about four-leaf clovers, walking under ladders, seeing rainbows or even having the blessings of benevolent deities. It is about being prepared, playing in your favor, letting your intuition guide you and rolling the dice.

Lisa H. is a mother, blogger, prolific runner and happiness practicer. Awaken your spirit, discover your passion and live fearlessly by visiting her blog, Getting to Zen.