There is something powerful and negative about rejection that, no matter how trained you are, it will affect you emotionally. However, these emotions are there to teach you something, to help you to improve, to guide you to grow as a person.

Therefore, when we talk about dealing with rejection, the purpose is not to stop you feeling the rejection entirely, but to feel it only as much or as little as necessary to learn what you need to learn from it and then to move on. 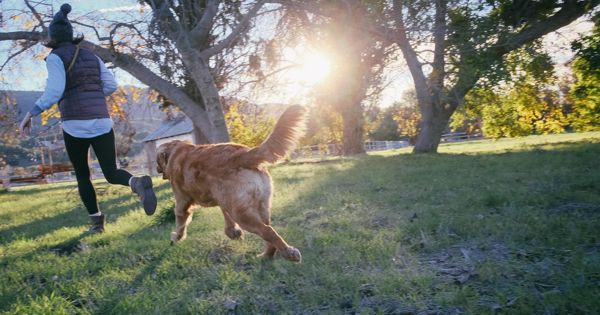 Dogs don't care about being rejected.

That is a bold statement and, if you have a dog, probably you've noticed that your dog does care about being rejected"¦ for about 10 seconds.

My dog, Jack, taught me a lot about how to move on from being rejected and this is the experience I will share with you today: how to move on from rejection- the dog's style (please, take this with a smile and hear me out before considering to reject this idea.)

Now, what is a dog doing when being rejected?

Step 1. He is in pain for 10 seconds, looking rather helpless.

Almost breaks your heart and you almost give in. It is not the helplessness that makes you feel guilty, but the dog's secret weapon. A secret weapon that all living thinking creatures have, including us, humans.

Take a big breath in and breath out with a sigh at the end. Then, use the weapon: innocence. Make an innocent face.

This weapon is not only useful to make the other person a bit sorry for rejecting you, but also to free yourself from negative thoughts.

Why innocence? Because people can't stay mad on an innocent living creature. Can you?

Plus, my dog is doing it every single time, and it is working. I don't give in, but I can't be annoyed with him either.

Step 3. Retreat in the arms of someone that loves you.

This step is meant to calm you down, to regroup; to receive a positive reinforcement that you are still loved, still appreciated, still valuable and to recognize the fact that, even though somebody hasn't been too good to you, many others are.

When you are rejected could feel like is the end of the world or that there is no point in trying again.

However, failure is not an option when you have other options as well. Failure is only the response to your action or behavior. It doesn't define who you are or what you are capable of accomplishing.

Take the learning from the first try and make a new plan.

Step 5. Place yourself in the spot that gives you the best chance of success.

If you observe a dog how he is making the second attempt to get what he wants, you will notice how carefully he is choosing where to sit in the room.

I'm not suggesting to do exactly how the dog does; that could be a bit creepy, isn't it? However, you can use the same principles when you ask for what you want.

If you haven't been successful yet, try again in a new way, and then another way and another way until you get what you want, or there are no other options left.

When you have tried everything and nothing worked, it is time to give up and move on"¦ at least until you find another way.

What a dog doesn't do when he is rejected:

My dog is a happy dog. He knows how to ask and when he doesn't get it, he quickly regroups and moves on. Tomorrow is another day!

Carmen Jacob is the creator of several self improvement guides, programs, courses, and books, which focus on using what you already have to improve your life and the life of those around you. She is the creator of the four ultimate guides on How to Be Successful, How to Stay Focused on Your Goals, Building Self-Esteem, and Interpersonal Skills.