I've come a long way in the past two years. I used to dream of having a better life. A life full of excitement, wonder, purpose, and most of all fulfillment. Like most of us though, dreaming is all I would do. I'd imagine the life I desired, but then do nothing about it.

That all changed a couple years ago. I was fed up with merely day dreaming of a better life, so I finally decided to take action and do something to try and make it real. I searched and searched for ideas of how I could make my dreams come true. I had to force myself to believe such things were actually possible. After all, if I was to turn my dreams into a reality, I had to change my perception of what I actually believed was possible. 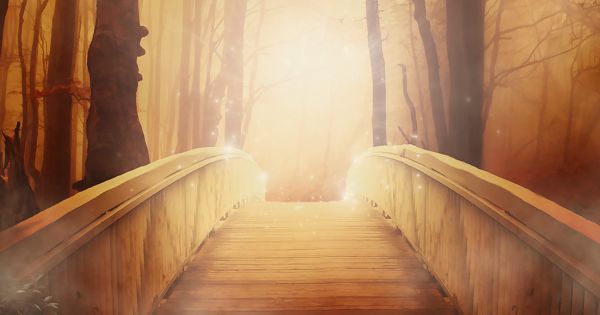 I like most people, had been taught to play it safe. I was taught that I could be whatever I wanted to be as long as it was "realistic". After years of being "realistic", I discovered that there was no such thing. I found that the limits placed in my thoughts by the environment I was brought up in were breakable. I discovered another world through my search for turning my dreams into a reality. A world of people who were taking the limited beliefs of what was possible in their lives and turning them on their heads.

I met people who were taking their dreams and making them real. People who discovered the truth and changed their thoughts to be able to dream big and make things happen. People who were making meaningful impacts in the lives of others and becoming financially independent because of it. I wanted that to be me. I wanted to do something that mattered, to help make some kind of difference in the world, and do it for a living. So that's what I set out to accomplish.

I'm still a long way from becoming financially free to fully pursue the work I aim to accomplish in the world, I am much closer than I was in the past. Since I started this journey towards purpose, fulfillment, and of course financial independence, I've done some things I couldn't have imagined doing when I began. In two years' time, I've built a blog that I am turning into a business. I've met and collaborated with some amazing people who are doing great things in the world.

I've collaborated with some of those amazing people to write a book called Change your Perception, Change your Life which is set to come out around the first of the year. I've successfully funded an Indiegogo campaign to help with some of the publishing costs of the book. I was contacted by a reputable publisher who wanted to publish the book, so I signed on. In a few short months, I'll be an actual published author. It's something I never could have imagined two years ago.

The journey has been surreal and it's only just beginning. I know I couldn't have done it without taking that first step of actually believing it was possible. If you're someone who is wanting to create your own path towards purpose and fulfillment, here are some things that have helped me to keep moving forward on mine.

By far the hands down most important aspect of starting any new journey is the perception you have towards the goal. If you want to achieve something, no matter what it is, you need to be able to see it as believable and achievable. It comes down to changing your thoughts in a way that helps your perception of the end result. A good way to start is by discovering your "why", or the reason for whatever it is you are wanting to do. If you have a good enough reason for why you want to do something, you have a better chance of perceiving it as attainable.

It took me quite a while, but once I realized my "why" and made it a staple in my daily thoughts, I was not only able to truly start perceiving the journey I was going to start as possible, but necessary.

The environment you put yourself in is vital to being successful on your path. By environment, I mean the people, places, and things you surround yourself with. For me, it was finding an online environment of resources that helped inspire, motivate, and constantly remind me of the reason why I was on the path, and help me to stick with it when times got tough. I started discovering and hanging around different websites and online groups of people who were on similar journeys as me.

When you choose an environment, remember to choose one that helps you define and grow in your purpose and desires for creating the life you are seeking. If your path towards fulfillment means becoming a circus clown, start delving into the circus clown world. If your path towards purpose means starting a charity, find the people and places that are already doing what you aim to do.

The next sentence is by far the most important single piece of advice I can give you. The people you surround yourself with will be the deciding factor in your progress towards your goal or the demise in your collapse. The famous Jim Rohn quote that changed my life is this; "You are the average of the five people you spend the most time with." I have found that quote to be truer than any other I have ever heard in my life.

Connect with like-minded people, find a way to help them first and foremost, make friends, and they will return the favor. You cannot do anything worthwhile alone. I know, I tried. If I would have started connecting with people sooner, rather than trying to do it all myself, I may have been much further along.

All the dreaming and wishing I used to do was replaced by gut wrenching action. I saw my hopes and dreams and knew they were going to take a lot of time and work if I were to ever reach them. I also knew that I would definitely never reach them if all I did was to continue dreaming.

I took action. One small step at a time. One day at a time. I committed myself to doing at least one action step a day, even if it was only for five minutes. The most important part was pushing forward because those five minutes one day would turn into two hours another day. Each day moving forward was something new being accomplished and bringing me one small step closer to where I was going.

As long as you start and dedicate whatever free time you can to chasing your dreams, you'll not only gain momentum and start to accomplish things, you will also learn more about yourself and grow as a person in the process. Action brings movement and movement brings growth, experience, and results.

The only thing more powerful than taking action, is to keep taking action. There's a reason it's called "starting a journey." A journey is an expedition to achieve a life changing end result. At least that's the context I'm using it in. Think Ã¬The Lord of the Rings." The journey to where little Frodo and his friends took them through trials and tribulations they never could have imagined. They could have turned back and quit, but their "why" was too important and they knew they had to carry on no matter what happened.

Although your journey might not be as exemplary as Frodo and his gangs, it is still going to come with its challenges and hardships. You will want to quit, you will want to give up, and you will surely think the work is too much at times. But, if you keep persevering through all of it, you will find your purpose and reach your fulfillment, I promise you.

It may not look like the fulfillment you first saw when you started on your path, but it will begin to take shape as you move forward. Keep moving forward my friend, the Universe has a way of drawing the desires of those who have the greatest resolve, into their physical reality.

Justin Harmon has chosen a life seeking personal freedom, fulfillment, and a way to make an impact in the world and the lives of others. You can find Justin over at Unplugged Recreated. Be sure to grab the Dream Design Toolkit to help you on your path to becoming more happy, awake, fulfilled, and free.