For the longest time I was paralyzed by self-doubt. The moment I wanted to do anything the questions would start raging through my head, "Am I good enough?

Can I do this? What if I fail?" More often than not these questions would end up paralyzing me. Even when they didn't, they'd end up become self-fulfilling prophecies, where the doubt   and fear led to the very result I feared.

The result? I played computer games. I stayed at home. I didn't have many friends. 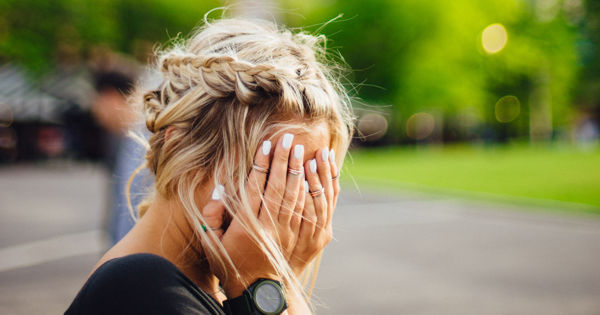 It was one class in that changed it all for me. I chose psychology as my elective and ended up getting this amazing teacher. Mr James. Unlike the other people at my school, he understood that we chose the class not because we wanted to know about all the theories and all the dry stuff in the books. We chose the class because we wanted to understand ourselves and our inner demons. And so he taught us about ourselves and our inner demons.

What he taught us

He taught us about such things as the spotlight effect, which is the belief that everybody is paying attention to us when very few people are. It was a clever little study. These researchers brought a group of students together, made one show up late and wear a ridiculous t-shirt. Then they asked the ridiculous t-shirt wearing student how many people noticed what he was wearing, while they also asked the other students (separately of course) if they noticed his t-shirt. The t-shirt wearing student always assumed everybody did, but only about half of the students really did.

And he taught us that self-doubt can be an instrument for good. It can be a tool to make you search, explore and improve yourself "“ so long as you don't expect yourself to be perfect right from that start. That was instrumental that last bit. He taught us that being human = failure and that as long as you learn from it, you are becoming better.

And he taught me that self-esteem measured my success and so I couldn't wait around to start feeling better about myself, but instead that I had to take action, improve my life and that then I would naturally begin to feel better about myself.

Those things changed my life. I realized that it was okay to feel self-doubt, that it was a perfectly rational response. And that made me realize that I'd been feeling guilty and angry about feeling doubt.

How weird is that, right?

And it wasn't so much my self-doubt that had been limiting me, as my self-anger that had been doing so. I wanted to be perfect, because that was the stereotype of people my age I'd been fed through the media and by looking up to the stars of the school. And because I wasn't perfect, I felt I was good for nothing at all.

I had to realign my assumptions. I had to make certain that I wasn't striving for perfection, as that is impossible, but for self-improvement. I had to stop comparing myself those that excelled at what I was trying to do, as there were always going to be people that were better than me at specific things (but not all things). Instead I should compare myself to who I was one week, one month or one year ago, when I was worse at what I was trying to do and so that I could see how I was improving.

What I did then

I started taking baby steps. I stopped comparing myself to others around me and instead compared myself to who I was. And I started to notice I was actually improving, that if I put my mind to it I could learn things and excel in small little ways. I stopped focusing on the negatives, like the popular kids, the basketball stars, the guys with the hot girlfriends, and started to focus on what I could do to make my life a little better, day by day.

For while others without self-doubt blame the world around them for their problems (because obviously the problem can't lie within themselves) my self-doubt makes me constantly strive to change and improve myself, to see how I can be a better person and a better leader. Yes, that's right, I lead on occasion now. And though   it's not natural, I'm learning, I'm getting better, and I get along with my team well.

What this means for you

Self-doubt can be a tool for self-improvement, if you let it, while it can be an anchor holding you back if you don't. To use self-doubt you've got to accept you're not perfect and that you will fail, but that it's okay to fall on your face sometimes. After all, it's failure that makes us better, provided we use it as an opportunity to learn rather than to hate ourselves.

So don't try to beat the self-doubt. Beat the anger that comes with it. And then you're well on your way to conquering your inner demons.

Jonathan Emmen "“ freelance blogger, marketer and passionate traveler. If you want to find more articles on blogging or personal development follow his writing blog or Twitter to find more.