"Peace is not absence of conflict, it is the ability to handle conflict by peaceful means." – Ronald Reagan

I have always been the very short tempered, stubborn to think differently, wanting to be right type of person when it comes to conflict. I get all tense inside. My chest gets heavy and my heart beats faster. I get zoned in on my own opinion tuning out the other party almost entirely.

Conflict is something we all face. Whether it's at work with our colleagues or at home with our significant other. If conflict is a normal part of a healthy relationship, I needed to start being intentional about it in order for those relationships to move forward. 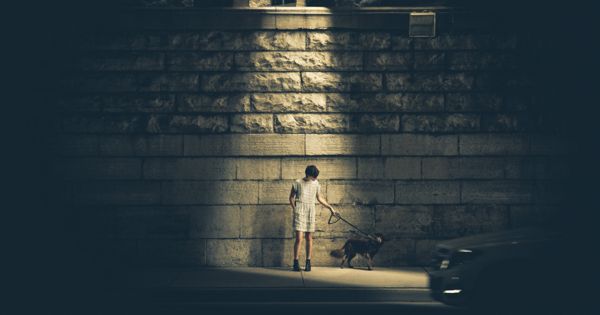 When conflict is handled in the wrong manner, by either party, the relationship becomes stagnant and begins to suffer. There's a tension in the air that sticks around until it's mutually resolved. When conflict is handled correctly by both parties, the relationship strengthens and takes it to an even deeper level. Typically, when one side handles it correctly, the other notices and follows suite.

Here are three mindsets to have for approaching conflict resolution instead of avoiding it:

Approach it with an open mind and listen

I approached conflict with one predetermined viewpoint. I had my mind already made up. Therefore, I wasn't listening nor was I paying attention to the persons emotional ques.

This only adds fuel to the fire causing greater conflict and more disagreements. In fact, overtime, the fire no longer exists. It's gas that fills the air and goes unnoticed until a spark lights and there's an explosion.

Meaning, one of two things will happen; One: intense conversations will occur leaving neither one of you feeling good, or two: there won't even be a conversation because the other person already knows how it will play out for them"”defeat.

The outcome for number two creates for an unhealthy environment. Communication barriers form and there are a number of feelings, thoughts and emotions that end up getting suppressed even deeper.

This creates a ripple effect, as those feelings get suppressed they end up acting as the trigger to other negative behaviors. Instead, have the willingness to listen to their perspective and put yourself in their shoes. Understand how they are feeling"”have empathy.

Remember, it's not about you, it's about something much larger than you.

At the end of the day you are both on the same team and you both want what's best for the greater whole. It might look differently than what you originally had planned, but the desired outcome is the same.

Understand that your way isn't always the best way

I wanted to control the conflict. When I was able to do this, I would get my way. Selfish, absolutely. It's not healthy for the other person, for me or for the relationship.

At some point you need to understand that your way of thinking isn't always the best way. You need to learn to let go. You need to get to a place of vulnerability and be okay with being wrong. You need to be willing to have an open mind and listen to other perspectives or viewpoints that you might not have seen or thought of before.

Trust in the person in which you are having a conflict with. Trust in their thought process and give them space to succeed and fail.

Not so you can say "I told you so" or to point fingers and place blame when they do fail, but so they can have an opportunity to grow and learn.

Approach the discussion knowing that you could potentially hear things that you don't necessarily agree with. Envision yourself responding, not reacting, to these viewpoints. Allow the other person to speak and express. You, just simply listen. You'll have your turn.

Have the conversation in a playful setting

Having a conversation when you both are already heated will get you no where fast. You tend to have your blinders up and have tunnel vision. Have an understanding with each other that you'll discuss the matter at a later time when both of your high emotions have a chance to settle.

Then, pick a time and place that creates a playful environment; go to the park, for a walk, out for dinner.

You'll create an environment where you approach the conflict with an open mind and will be ready to listen. Most importantly, seeing the big picture; the greater whole of what the conflict represents in the first place.

With everything in life, the approach must start with looking inward first. By reflecting inward and thinking about these intentional actions you'll become more aware of yourself in the moment while at the same time having deeper emotional intelligence for the other person.

Regardless, learn to take care of yourself first to give your best self to others.

A version of this article appeared on UYCproject.com

Eric Ungs writes about a journey of intentional self growth, nudging you to let go; to give yourself permission to be vulnerable and honest with yourself so you can give your best self to others. Author of 10 Incredible Ways to Live a Fulfilling and Joyful Life.