I'm not sure if you have ever watched the TV series, Lie To Me. If not, it involves an English guy played quite brilliantly by Tim Roth, who is a master at reading body language. He has his own company that specializes in helping the FBI spotting when people are telling the truth and when they are spinning great whoppers. 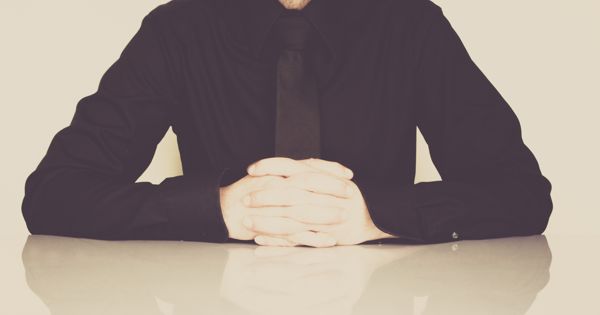 If you do a quick Google search for "˜reading body language' you'll get several million results.   I wouldn't advise you to do it though. Most of them won't be worth the cyber paper they are written on and you'll spend the rest of your life developing paranoia and thinking your family is plotting to kill you.

The reason why you'll probably struggle to separate the good advice from the bad is because reading body language is a black art and a combination of a lot of different factors. Even experts regularly get it wrong and you could probably fit the genuine world-class experts on the topic onto the front page of Google.

So let's take a look at some of the common beliefs regarding body language that you may have been exposed to. Read the list below and see which ones you agree with and which you don't.

The point is, you can't know any of the above unless you have calibrated the person to start with. By that, I mean formed a baseline of how they normally react in any given situation and that takes skill and time.

Let's take the example of somebody that can't hold your gaze. Can they normally hold your gaze? Can they hold other peoples gaze under normal circumstances? If the answer to those is yes, then that probably rules out shyness, Autism/Aspergers and being kinesthetic.

"A-ha! So they are insincere, I knew it all the time" Well maybe and maybe not.

You now have to take context and content into consideration. What is the conversation about? Are they embarrassed? Have they felt slighted and gone into their shell? Have they spotted a shiny new penny on the floor behind you? Are you boring their arse off? Have you got a big poached egg of a zit on your nose that they're trying to avoid staring at?

Now can you see how easy it is to make mistakes and jump to inaccurate conclusions? Taking all that information on board simultaneously as well as holding a conversation is tricky at best and almost impossible for a novice.

And don't at this point quote the TV program "˜Lie To Me' at me. Yes it's very accurate in some respects and based on the work of the worlds foremost expert in Paul Eckman. BUT and it's a huge BUT, nobody can do it with that speed and accuracy, not even Eckman himself and he literally wrote the book.

I've told you how difficult it can be to read body language, so I suppose I tell you what you can do to give you a better idea of what to look for to have a clearer idea of what people are thinking.

The fact is, all of the reasons I listed originally could very well be correct and are useful to watch out for. You're probably already very good at reading people you know. The reason for that is you know their baseline and their usual ways of reacting to given situations.

The main thing I look for with clients when trying to ascertain whether they'll follow through on something and how committed they are is congruence.

A lack of congruity between words and body or even words and their tonality is a dead giveaway that they're telling me one thing and thinking another. The latter is fairly easy to spot for anybody that has an ounce of sensory acuity.

Have you ever asked a miserable looking partner what was wrong, only to have "Nothing" snapped back at you?

That was a lack of congruity. The tonality and maybe even the body language didn't correspond to the words that were coming out of his mouth. The best advice I can give you here is to say "˜Okey Dokey' and head to the nearest bar for a cocktail with your friends and a great night out.

That will usually ease the situation, if not dump the loser, you can do better anyway.

If on the other hand he said "Nothing" in a cheerful voice it would be natural to assume they were being honest, although even then it's not necessarily so.

Here's where it can get even trickier. It's possible that at a conscious level he genuinely believes nothing is wrong but his unconscious is sending all sorts of contradictory signals trying to warn him that you're off out on the pull with the girls.

I get similar behavior regularly with clients. They agree to something, their voice tonality is compliant too, but they still don't follow through. This used to bug the hell out of me when I first started coaching. Now though I'm half expecting it and looking for visual clues that may indicate incongruence so I can give them a damn good thrashing or words of encouragement depending on the circumstances.

For you delectation, here is a far from exhaustive list of potential "˜tells' but please remember to calibrate first and be aware that cultural differences can come into play too. And don't try and sue me when you get it wrong.

We all do every one of those from time to time, so as I say the trick is looking for changes of behavior, rather than what a book or a blog tells you are the giveaway signs.

So what a let down huh? I have effectively told you what you probably can't do unless you practice by looking at photos and live footage of people for 8 hours a day, 6 days per week for the next 20 years.

There is value in knowing this though. It may stop you jumping to conclusions and presuming people are lying when they're not. It may allow you to take a step back from time to time rather than diving head long into an argument just because your other half has a bit of an itchy nose.

About the Author: Tim Brownson is a Life Coach, NLP Master Practitioner and author from England now living in Orlando, Florida. He's currently involved in a huge project to give away 1,000,000 copies of the book he co-authored, How To Be Rich and Happy.